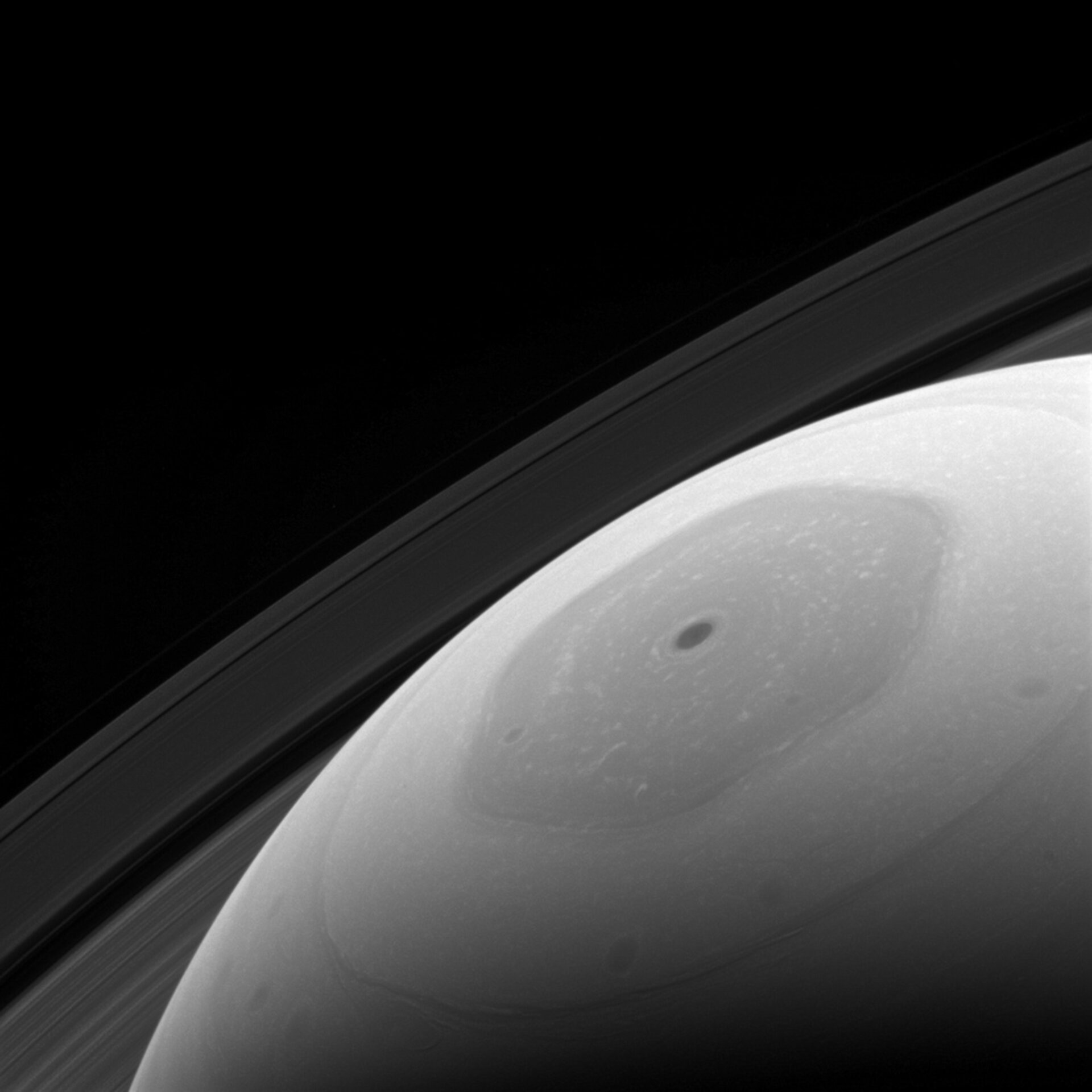 Saturn's hexagonal polar jet stream is the shining feature of almost every view of the north polar region of Saturn. The region, in shadow for the first part of the Cassini mission, now enjoys full sunlight, which enables Cassini scientists to directly image it in reflected light.

Although the sunlight falling on the north pole of Saturn is enough to allow us to image and study the region, it does not provide much warmth. In addition to being low in the sky (just like summer at Earth's poles), the sun is nearly ten times as distant from Saturn as from Earth. This results in the sunlight being only about 1 percent as intense as at our planet.

This view looks toward Saturn from about 31 degrees above the ring plane. The image was taken with the Cassini spacecraft wide-angle camera 22 January 2017 using a spectral filter which preferentially admits wavelengths of near-infrared light centered at 939 nanometers.

The view was obtained at a distance of approximately 900,000 kilometres from Saturn. Image scale is 54 kilometres per pixel.

The Cassini mission is a cooperative project of NASA, ESA and the Italian Space Agency. The Jet Propulsion Laboratory, a division of the California Institute of Technology in Pasadena, manages the mission for NASA's Science Mission Directorate, Washington. The Cassini orbiter and its two onboard cameras were designed, developed and assembled at JPL. The imaging operations center is based at the Space Science Institute in Boulder, Colorado.