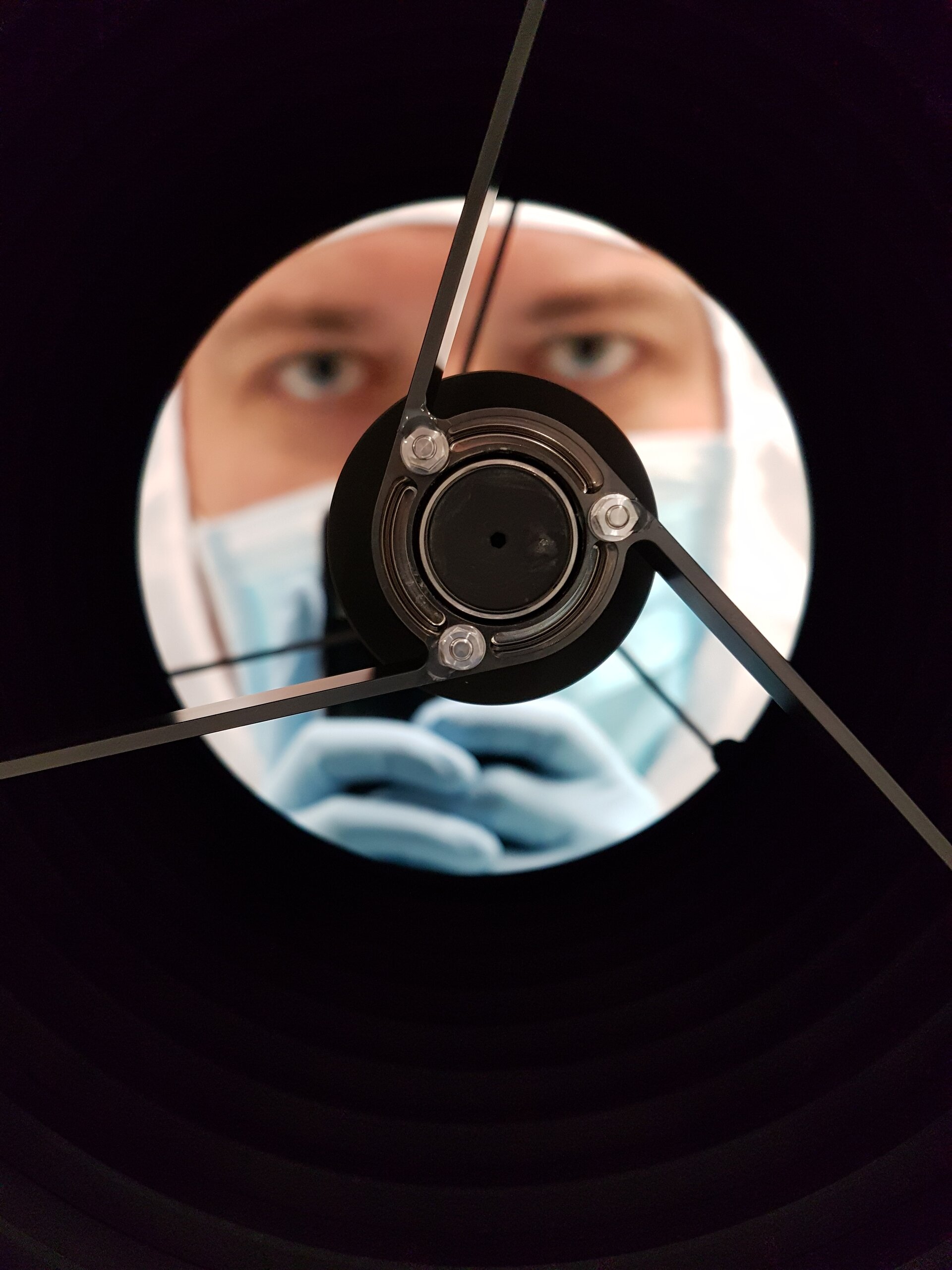 Looking into the Cheops telescope tube

Seen here is a Cheops team member reflected in the satellite’s main mirror, and framed by the black internal surface of the telescope tube. The back of the secondary mirror is seen at the centre of the image, held in place by three struts.

Light from the host stars will enter the telescope and be reflected by the primary mirror towards the secondary, which in turn will direct the starlight through a hole in the centre of the primary mirror, onto the CCD detector.

It is the same design used for the larger NASA/ESA Hubble Space Telescope and ESA’s Herschel observatory.

By precisely tracking a star’s brightness, Cheops will detect the transit of a planet as it passes briefly across the star’s face. This allows the radius of the planet to be accurately measured. For those planets of known mass, the density will be revealed, providing an indication of the structure, and ultimately how planets of this size formed and evolved.

The Cheops telescope reached an important milestone at the end of April when it was delivered to the University of Bern by Leonardo-Finmeccanica, on behalf of Italy’s ASI space agency and the INAF Italian National Institute for Astrophysics.

Cheops is an ESA mission in partnership with Switzerland and with important contributions from 10 other member states.