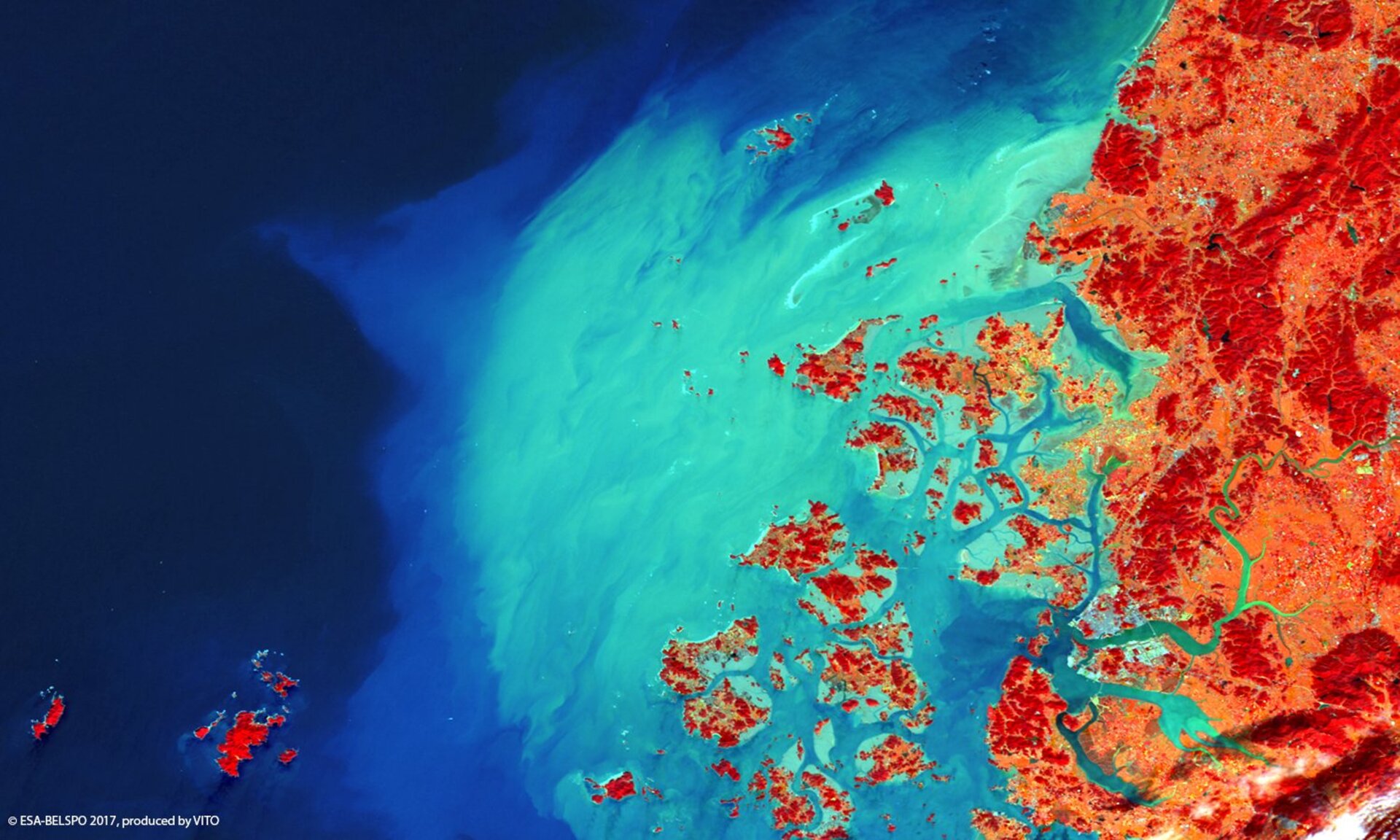 Located in the southwest of the country, the mid-sized city of Mokpo is a historic naval base and gateway to the country’s Honam Plain. Mokpo is visible in this false-colour image as a blue–grey area on the estuary of the Yeonsang River.

The port city is surrounded by more than 1400 islands, which provide fishing grounds while safeguarding Mokpo from the effects of large typhoons and tsunami. An extensive region of high sediment concentrations is also visible, extending into the Yellow Sea in a bow shape.