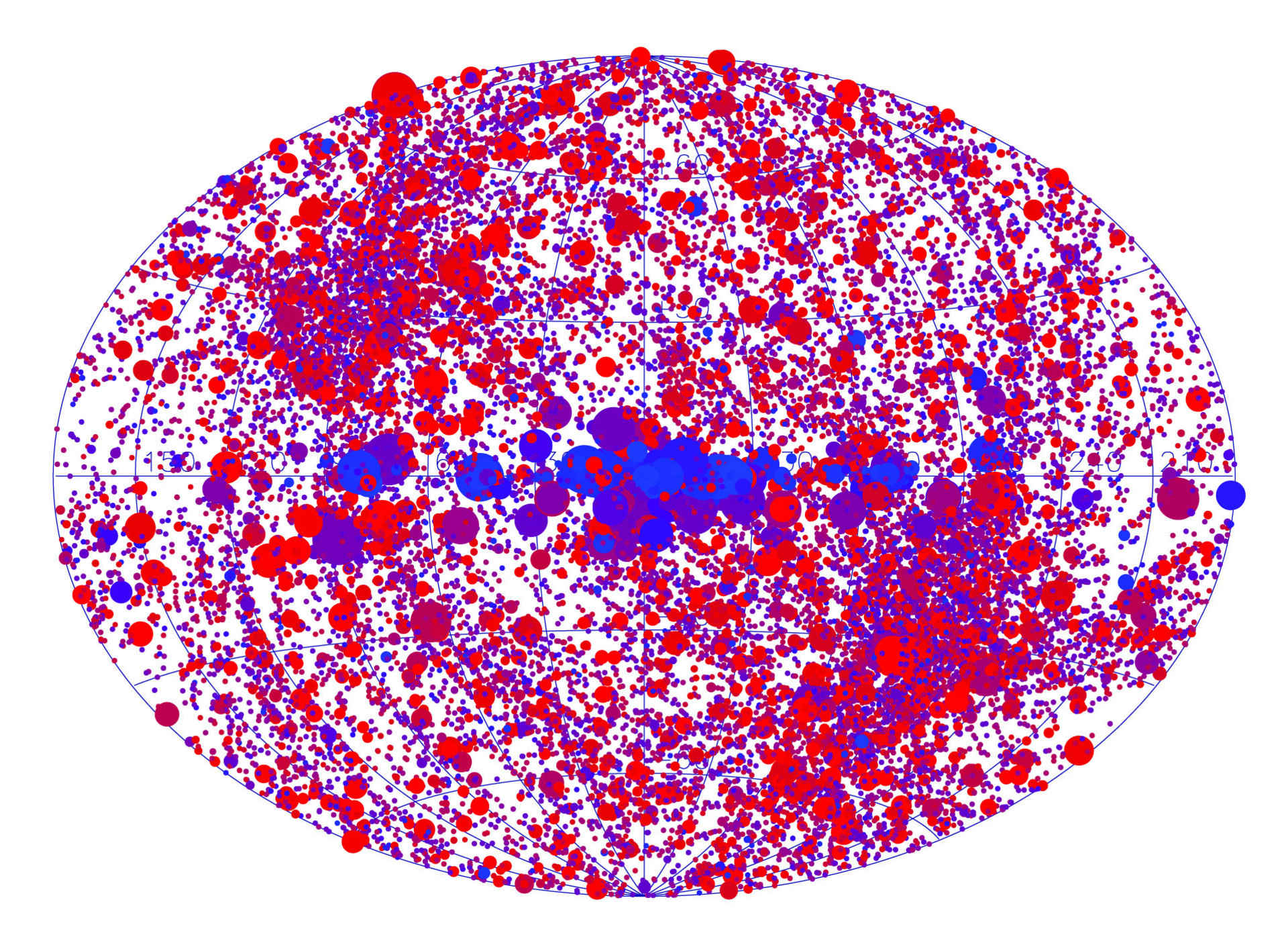 This colourful, seemingly abstract artwork is actually a map depicting all the celestial objects that were detected in the XMM-Newton slew survey between August 2001 and December 2014.

Orbiting Earth since 1999, XMM-Newton is studying high-energy phenomena in the Universe, such as black holes, neutron stars, pulsars and stellar winds. But even when moving between specific targets, the space telescope collects scientific data.

The plot is colour-coded such that sources of a lower energy are red and those with a higher energy are blue. In addition, the brighter the source, the larger it appears on the map.

Two clusters of sources, one to the top left and one to the bottom right, correspond to the ecliptic poles.

Objects above and below the plane of our Galaxy are predominantly external galaxies that are emitting X-rays from their massive black holes.

Technical information about the source catalogue is available here.