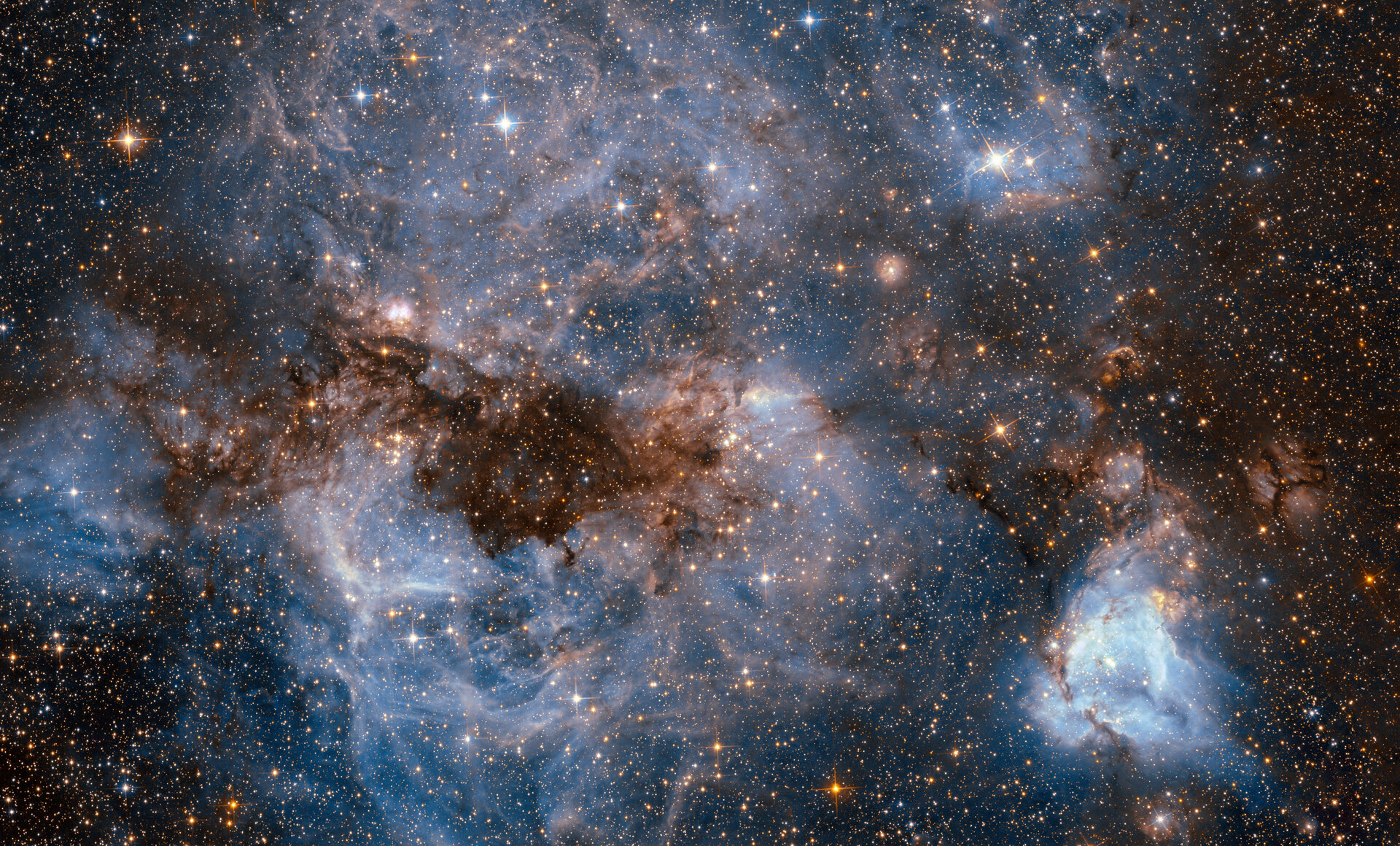 This shot from the NASA/ESA Hubble Space Telescope shows a maelstrom of glowing gas and dark dust within one of the Milky Way’s satellite galaxies, the Large Magellanic Cloud.

The stormy scene shows a stellar nursery known as N159, measuring over 150 light-years across. It is known as a HII region, meaning it is rich in ionised hydrogen. Indeed, it contains many hot young stars that are emitting intense ultraviolet light, which causes nearby hydrogen gas to glow. Torrential stellar winds are also carving out ridges, arcs and filaments from the surrounding material.

At the heart of this cosmic cloud lies the Papillon Nebula, a butterfly-shaped region of nebulosity dominating the left of the scene. This compact nebula likely contains massive stars in the very early stages of formation. Its shape earned it the name (papillon being French for butterfly) and was first resolved by Hubble in 1999.

N159 is located over 160 000 light-years away. It resides just south of the Tarantula Nebula, another massive star-forming complex within the Large Magellanic Cloud.

This image was first released as a Hubble picture of the week on 5 September 2016.