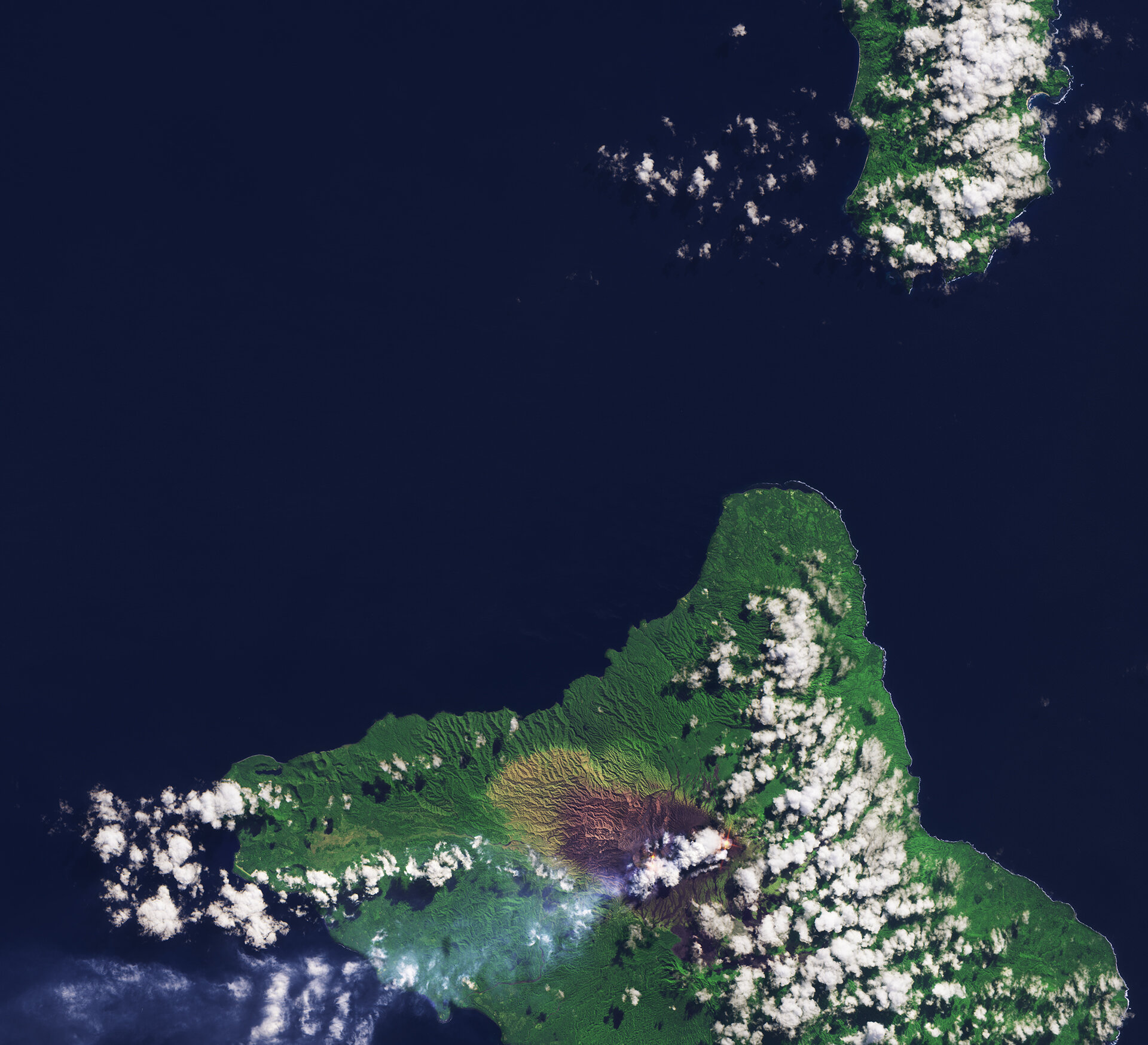 Sentinel-2A takes us to the Vanuatu archipelago in the South Pacific Ocean, roughly 1700 km east of Australia.

The islands we see are Pentecost to the north and Ambrym to the south.

Looking closely at the coastline, the white of breaking waves is more evident on the east coasts of the islands than on the west coasts. This is a common observation on islands that lie in the zone of the trade winds blowing mainly from south-easterly directions in the southern hemisphere.

Zooming in on the dark area on Ambrym, red-hot lava lakes can be seen through the clouds. This volcano has two active volcanic cones and we can see smoke drifting out over the ocean to the west.

The last time the Ambrym volcano erupted was in 1913, prompting the evacuation of nearby towns.

Ambrym’s 12 km-wide caldera was created around 50 AD by a large Plinian eruption – also called  a ‘Vesuvian’ eruption because of the similarity with the explosion of Italy’s Mount Vesuvius that destroyed the towns of Pompeii and Herculaneum. These types of eruptions are marked by columns of gas and ash that extend high into the stratosphere. They also eject large amounts of pumice.

The volcano’s slopes appear black owing to the presence of basalt. As we move further away from the volcano the land becomes greener owing to the increased vegetation cover.

Sentinel-2 is able to systematically map different classes of cover such as forest, crops, grassland, water surfaces and artificial cover like roads and buildings. This information can be used to manage natural resources, to check rates of deforestation, reforestation and areas affected by wildfires. It can also help governing bodies and commercial enterprises make informed decisions about how best to manage, protect and sustain our important forest resources.

This image, also featured on the Earth from Space video programme, was captured by the Copernicus Sentinel-2A satellite on 24 June 2016.