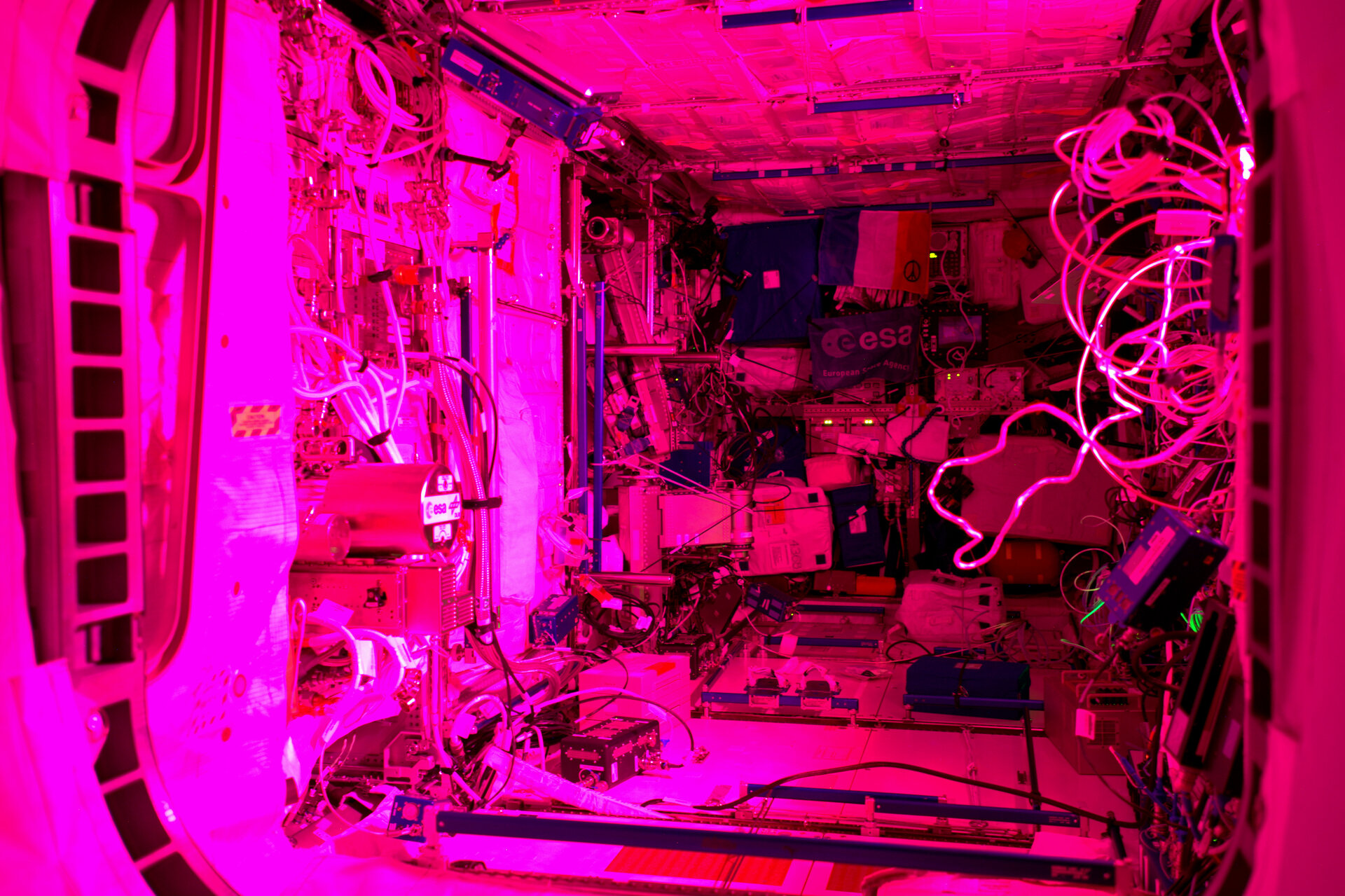 The European space laboratory Columbus that is part of the International Space Station at night. ESA astronaut Thomas Pesquet took this picture during his six-month Proxima mission in 2017. He commented: "The Columbus module at night: no we’re not having a disco party, it’s a vegetable growing experiment".

Columbus houses NASA's space greenhouse where researchers are growing vegetables such as salads in weightlessness. The Space Station flies around our planet every 90 minutes experiencing 16 sunsets and sunrises every 24 hours. As such there is no day and night like on Earth but the astronauts who live and work on humanity's outpost follow the GMT timezone and turn lights out at night. The pink glow is from the 'Veggie experiment' plants grow best in reddish light.