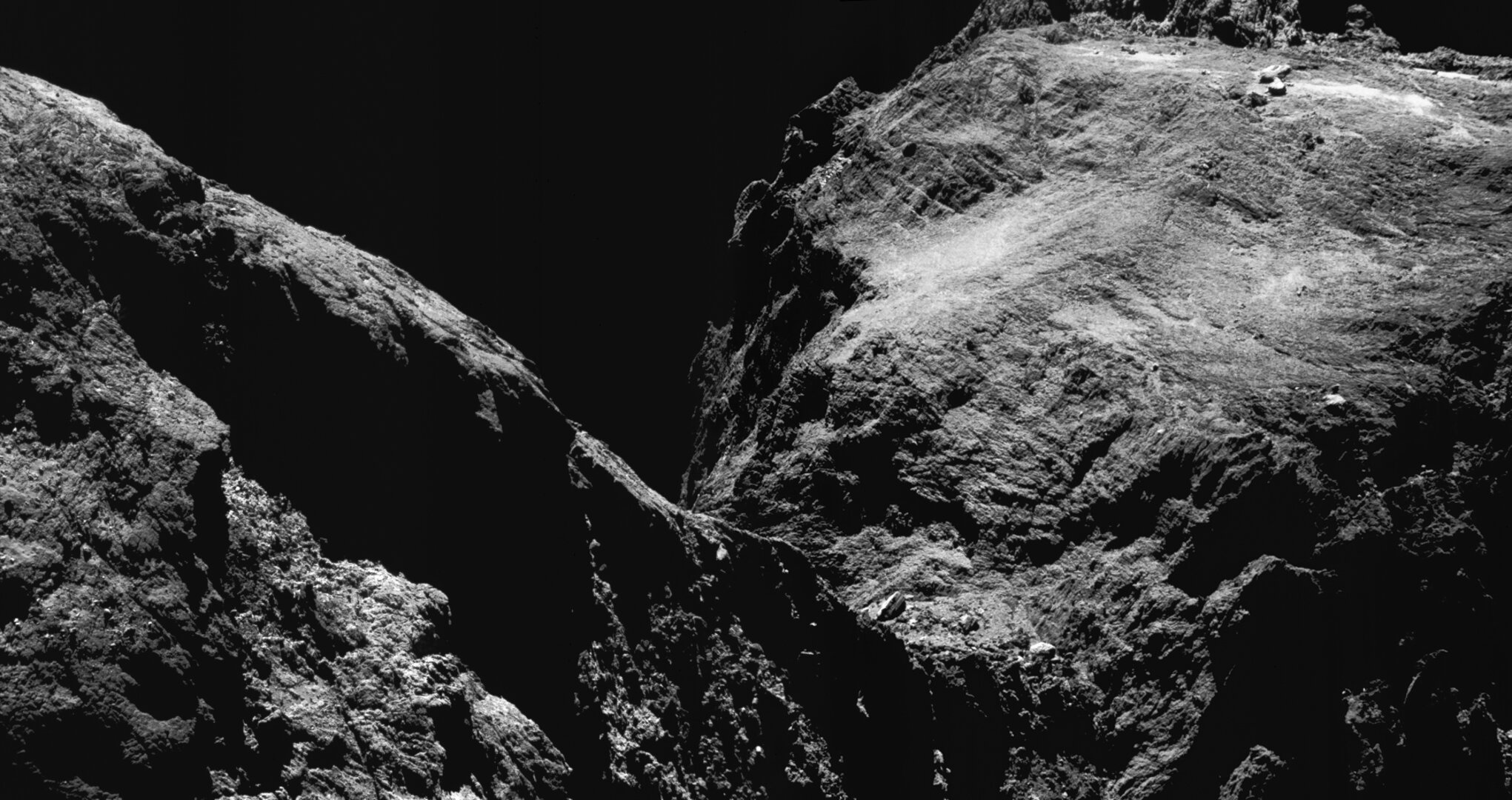 Two-frame enhanced image taken on 15 May 2016 by Rosetta’s navigation camera, some 9.9 km from the centre of the nucleus of Comet 67P/Churyumov–Gerasimenko. The scale at the surface is about 0.8 m/pixel and the image is about 1.5 km across.

Part of the small comet lobe is visible on the right and a portion of the large lobe on the left.

These observations were performed in a three-week period during which Rosetta flew very close to the nucleus to search for xenon, an important tracer of the early Solar System’s composition.

The blend of xenon found at the comet closely resembles the primordial mixture that scientists believe was brought to our planet during the early stages of Solar System formation. These measurements suggest that comets contributed about a fifth of the xenon in Earth’s ancient atmosphere.