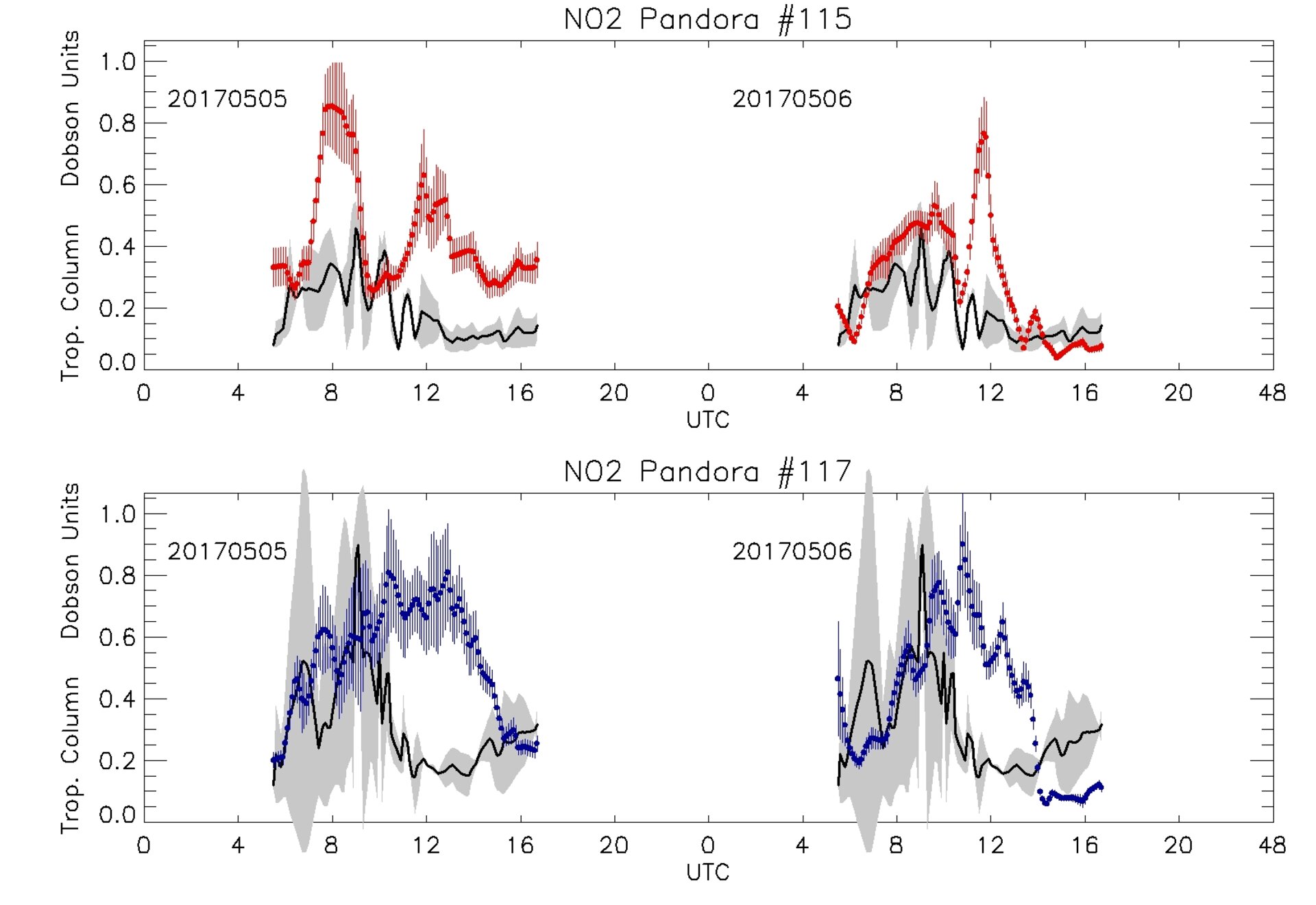 Following a fire that broke out at a rubbish depot near Rome, Italy, remote-sensing instruments that are being used for ESA projects revealed that the smoke plume drifted over Rome. In particular, readings from two Pandora instruments at separate sites showed that there was a considerable increase in concentrations of nitrogen dioxide and formaldehyde. This graph shows the rise in nitrogen dioxide measure by both instruments.