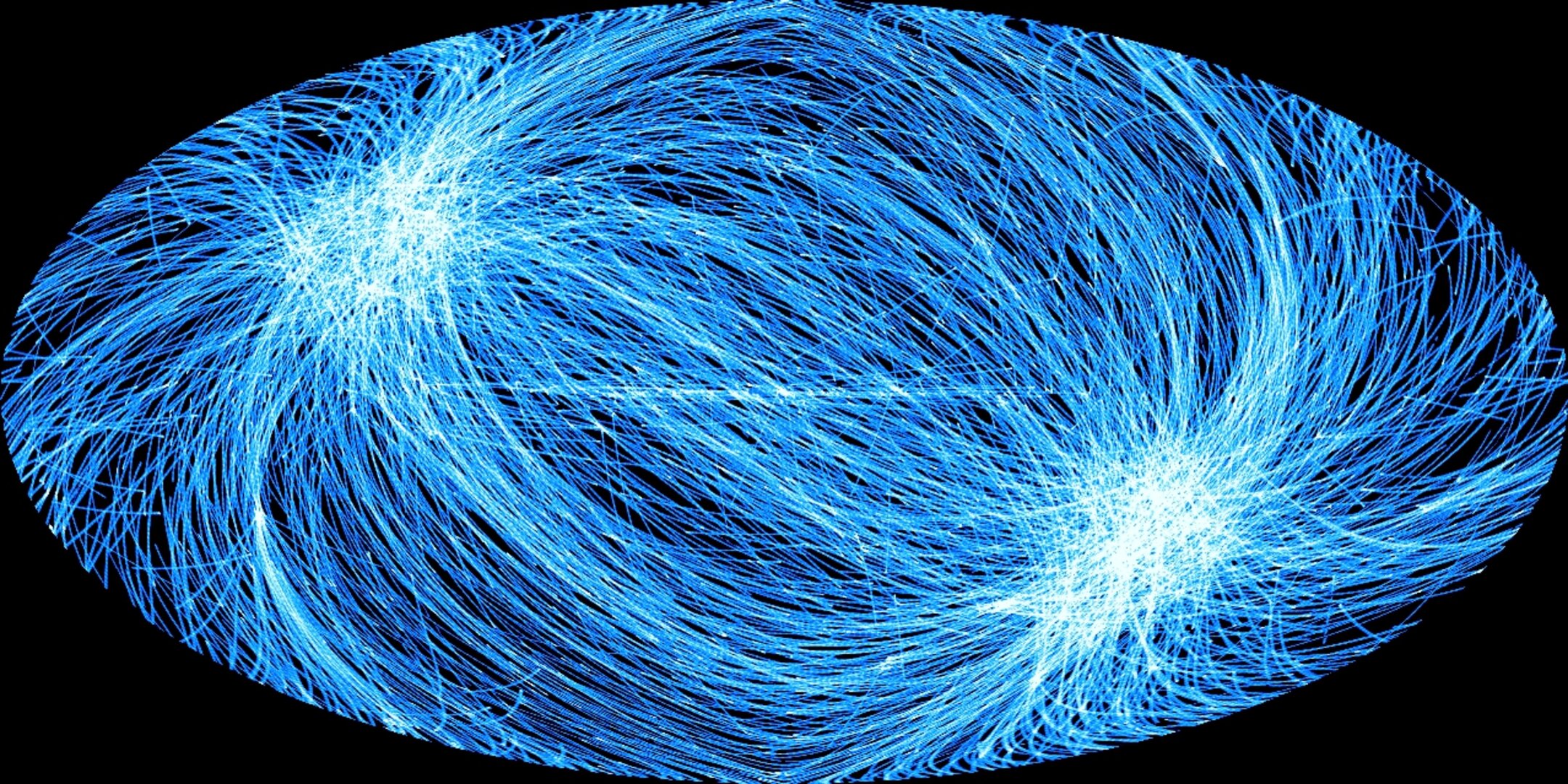 This blue ‘ball of string’ actually records 2114 movements made by ESA’s XMM-Newton space telescope as it shifted its gaze from one X-ray object to another between August 2001 and December 2014.

Orbiting in space since 1999, XMM-Newton is studying high-energy phenomena in the Universe, such as black holes, neutron stars, pulsars and stellar winds.

Even when moving its focus between objects, the space telescope collects scientific data, revealing X-ray sources across the entire sky. After correcting for overlaps between slews, 84% of the sky has now been covered.

The image was created as part of the XMM-Newton Slew Survey Catalogue release in March 2017, and which was featured as our Space Science Image of the Week last month.

This week, many scientists studying the X-ray universe are meeting to discuss the latest in high-energy astrophysics, including discoveries from current X-ray missions, as well as expectations of future missions.

Over 5000 papers have been published on XMM-Newton results to date. Scientists are also looking forward to the next generation of X-ray satellite, such as ESA’s Athena, the Advanced Telescope for High-ENergy Astrophysics, which is expected to be launched towards the end of the next decade.