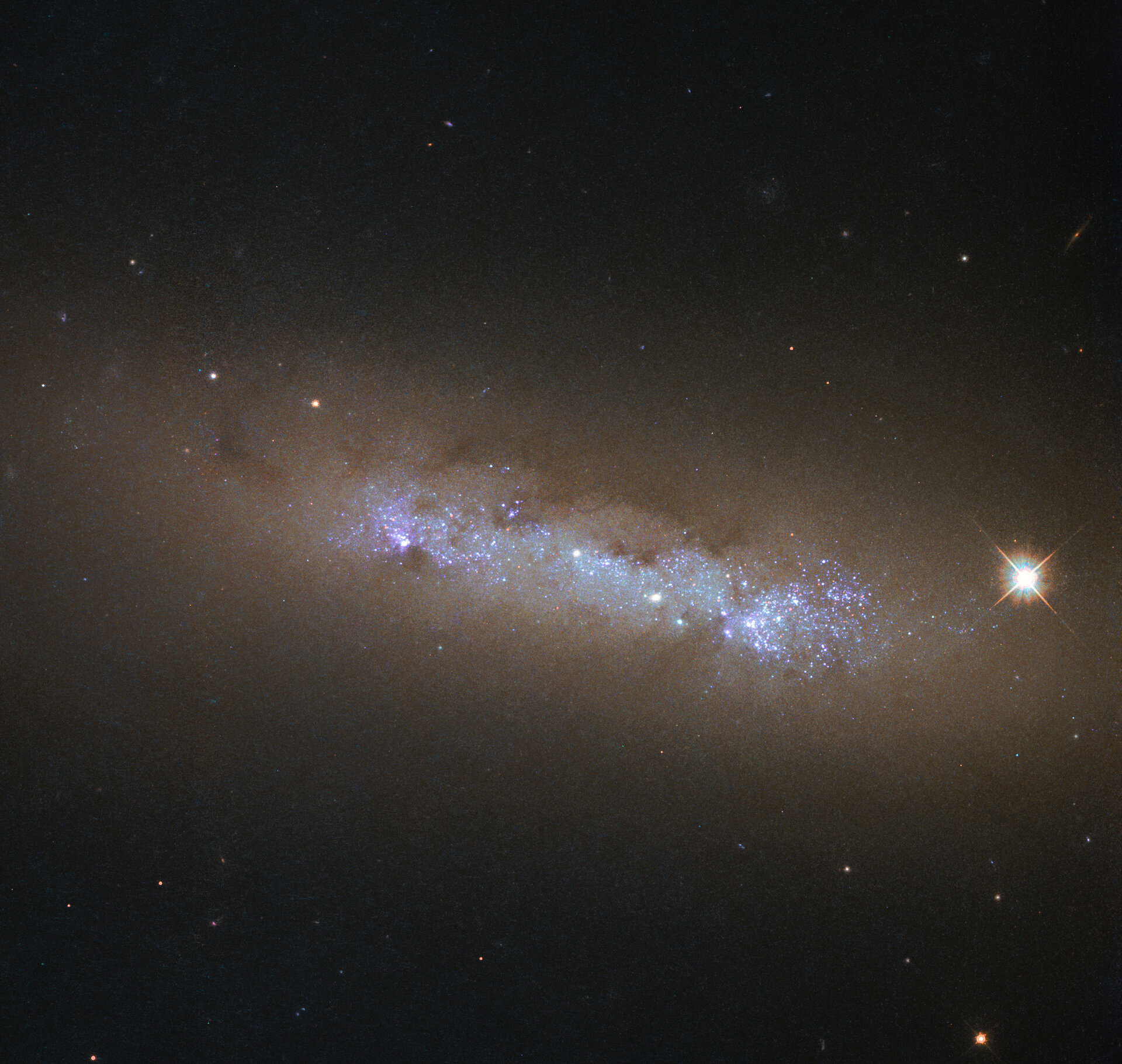 This beautiful clump of glowing gas, dark dust, and glittering stars is the spiral galaxy NGC 4248, located about 24 million light-years away in the constellation of Canes Venatici (The Hunting Dogs).

This image was produced by the NASA/ESA Hubble Space Telescope as it embarked upon compiling the first Hubble ultraviolet “atlas”, for which the telescope targeted 50 nearby star-forming galaxies. A sample spanning all kinds of different morphologies, masses, and structures. Studying this sample can help us to piece together the star-formation history of the Universe.

By exploring how massive stars form and evolve within such galaxies, astronomers can learn more about how, when, and where star formation occurs, how star clusters change over time, and how the process of forming new stars is related to the properties of both the host galaxy and the surrounding interstellar medium (the “stuff” that fills the space between individual stars).

This image is formed of observations from Hubble’s Wide Field Camera 3.