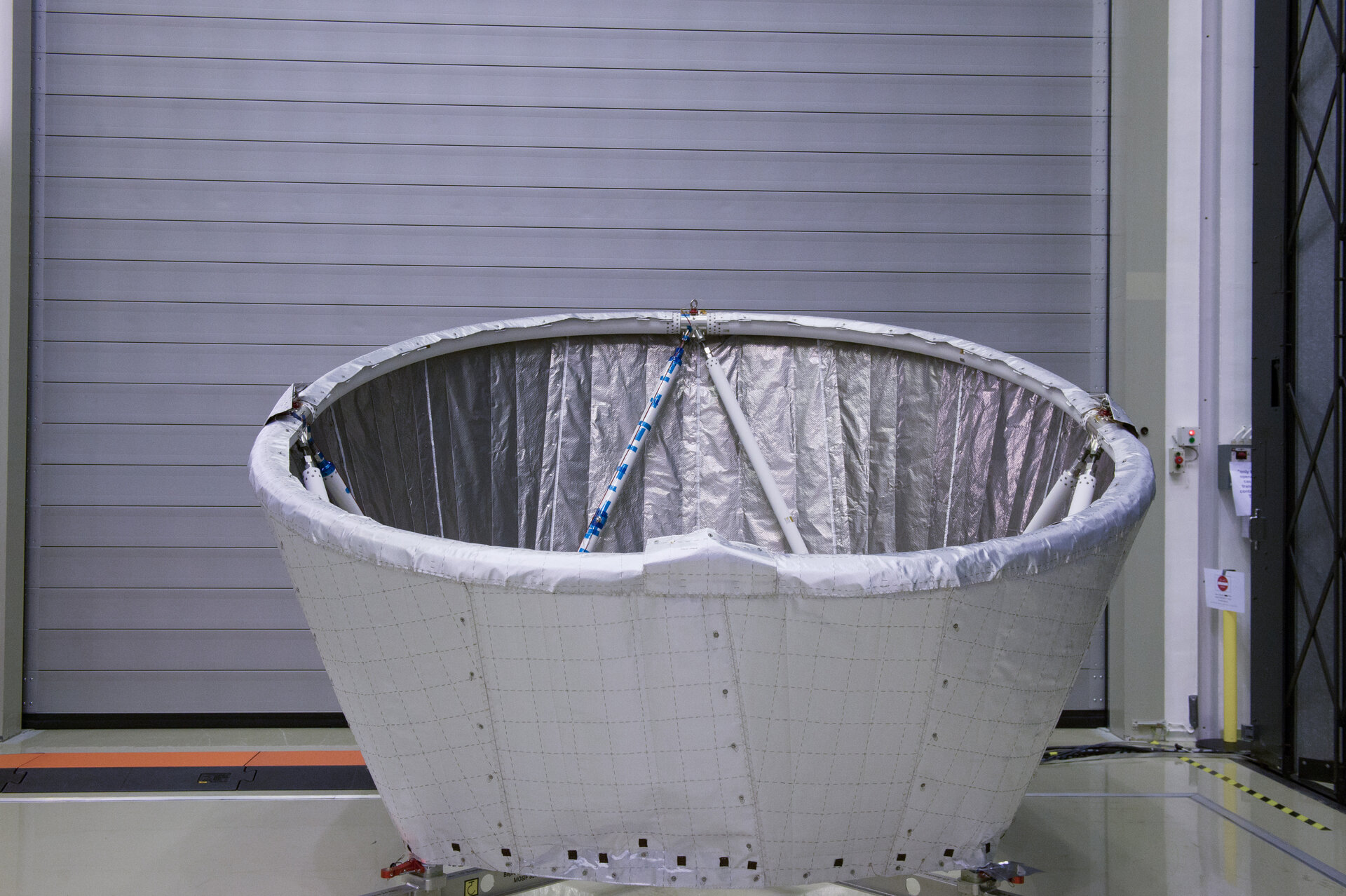 ESA's Mercury spacecraft, BepiColombo, has passed its final test in launch configuration. To prepare for the harsh conditions close to the Sun, the spacecraft have undergone extensive testing both as separate units, and in the 6 m-high launch and cruise configuration.