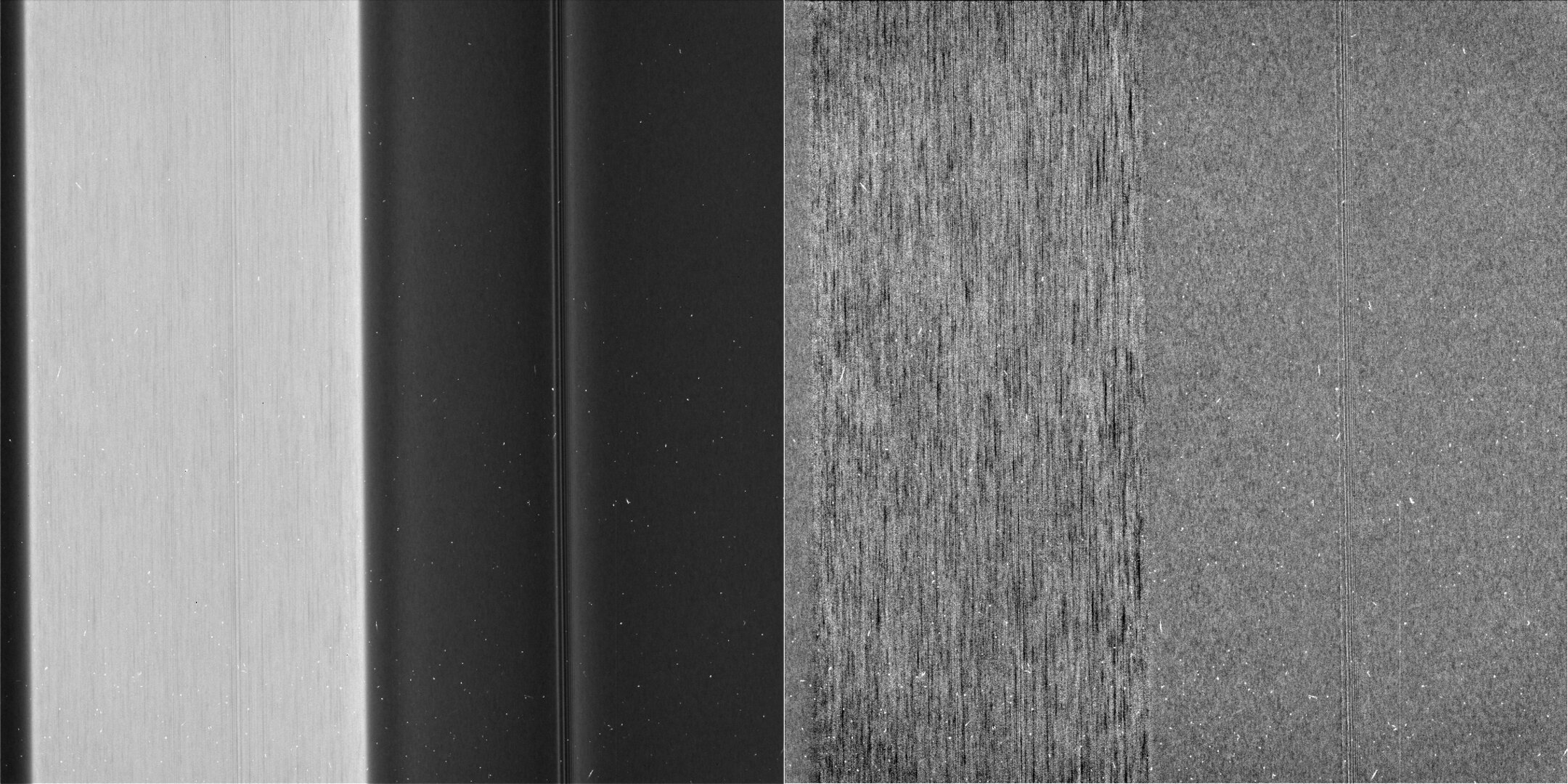 Recent images of “plateau” features in Saturn’s C-ring reveal a streaky texture that is very different from the textures of the regions around them.

The central feature in this image, Plateau P5, is found some 84 800 km from Saturn’s centre. It is situated amid some undulating structure typical of this region of the C-ring.

The enhanced version (right) reveals that the plateau itself is shot through with elongated streaks. This provides information about ways in which the ring particles are interacting with each other, although the details not well understood.

More about this image