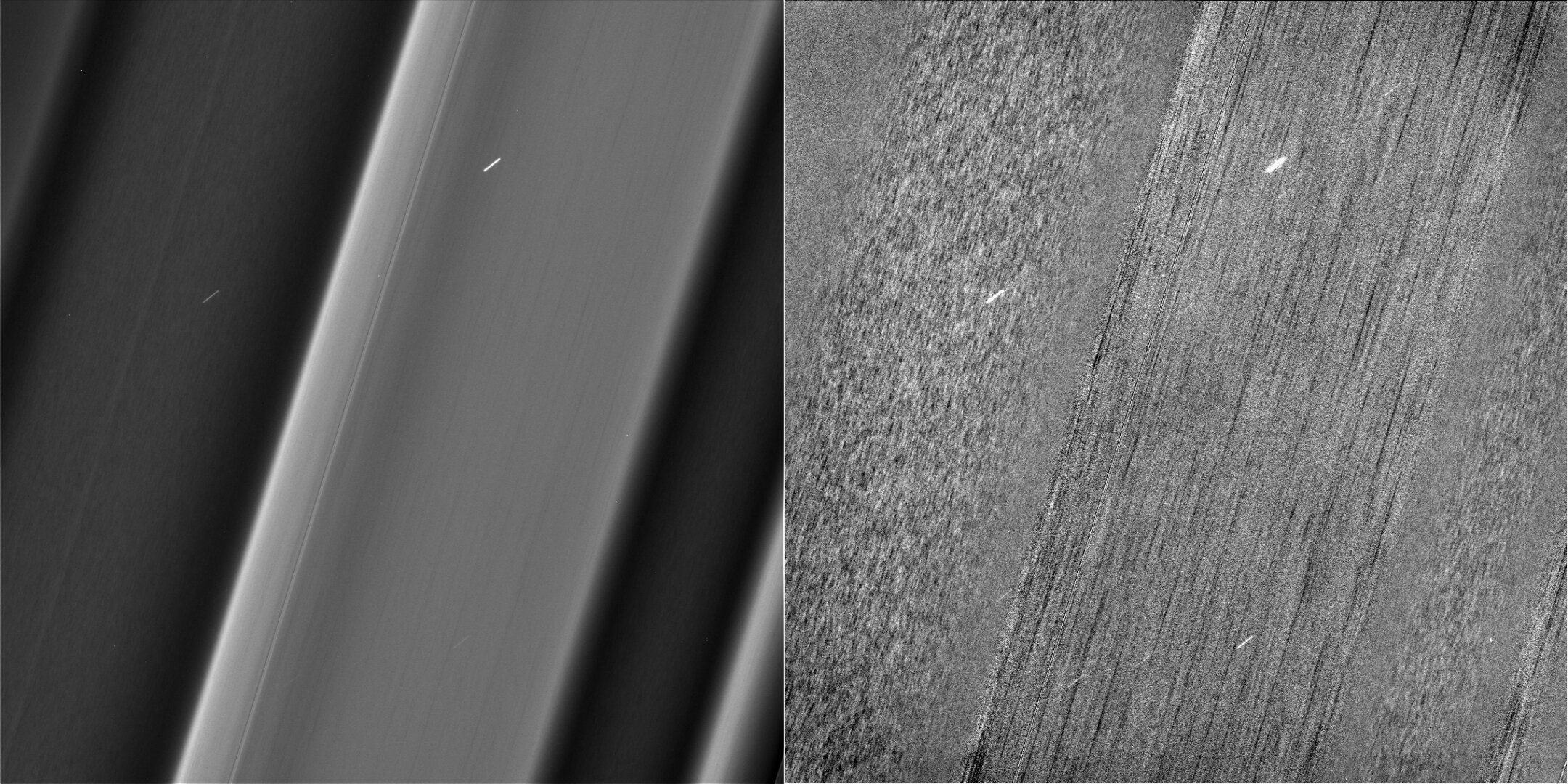 This image of Saturn’s C-ring shows a “plateau” (known as P1), about 76 200 km from Saturn’s centre, situated amid some undulating structure typical of this region of the C-ring.

This image, especially the enhanced version (right), reveals three different textures with different kinds of structure. The plateau itself is shot through with elongated streaks, while the brighter parts of the undulating structure have more clumpy textures.

By contrast, the dimmer parts of the undulating structure have no apparent texture at all. These textures provide information about different ways in which the ring particles are interacting with each other, though scientists have not yet worked out what it means.