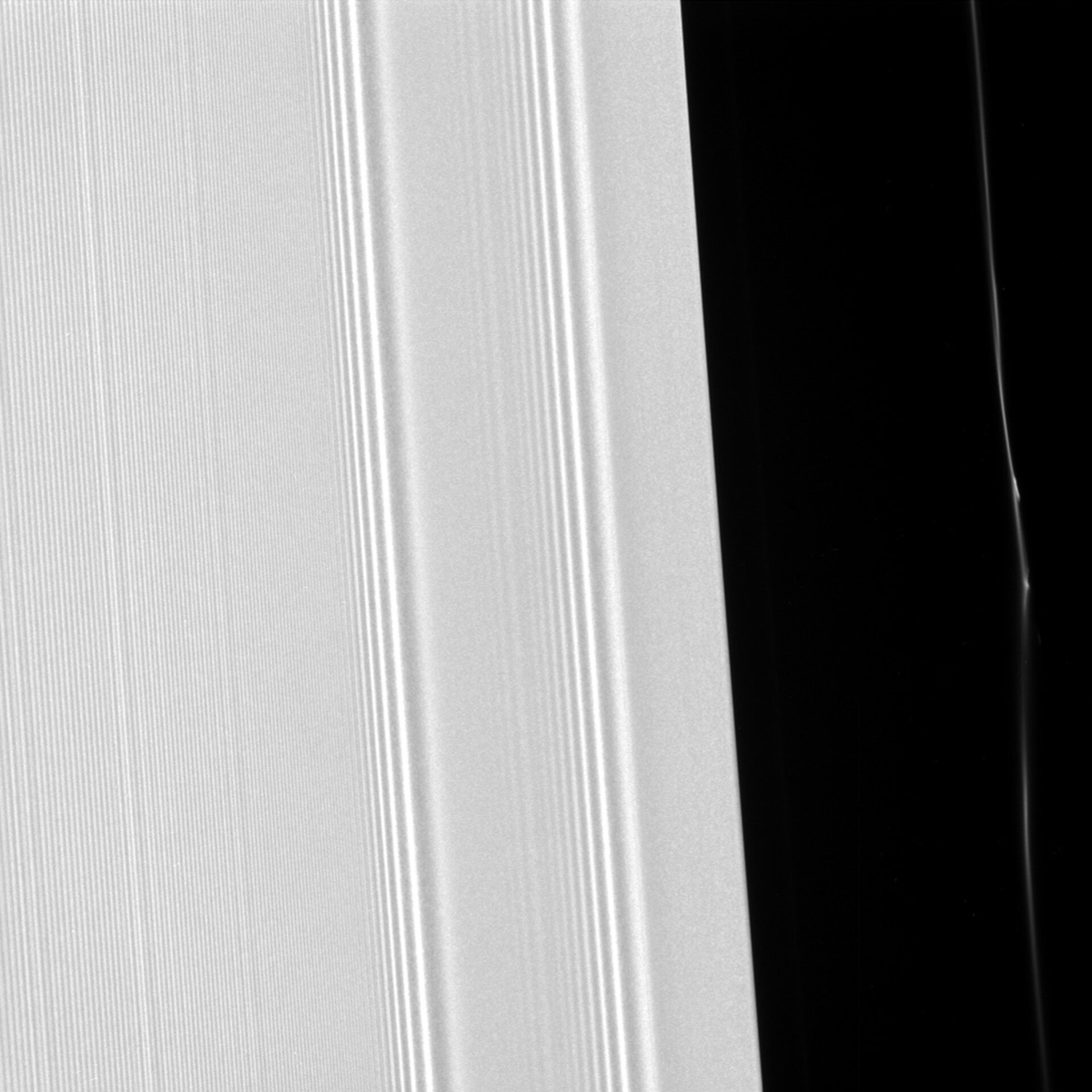 May and early June were busy months for NASA’s Cassini orbiter, as a series of complex link-ups with ESA and NASA stations supported ‘radio science’ as part of the mission’s Grand Finale.

In radio science, specialists analyse the signals transmitted by Cassini to Earth to extract important information on how gravity affects the craft’s motion or how matter through which the signals travel affects them.

Cassini is focusing on probing Saturn’s interior by mapping the planet’s gravity to an unprecedented level of detail, and determining the rings’ total mass to help understand how they formed.

This striking image was taken by Cassini’s two cameras. It is possible to see the outer edge of the Encke Gap in the outer portion of Saturn’s A ring. The uneven patterns in the ringlet appear and disappear through the gravitational influence of moon Pan, orbiting in the gap.

Cassini is providing insight into how and when the rings formed, as well as their relation with Saturn and its moons. The team working on these new fundamental measurements is all European.

The observations require a meticulous sequence of contacts with ground stations, making use of five NASA Deep Space Network antennas plus ESA’s Deep Space Antennas at Malargüe, Argentina, and New Norcia Australia. Some of these link-ups with Cassini will run for over eight hours.