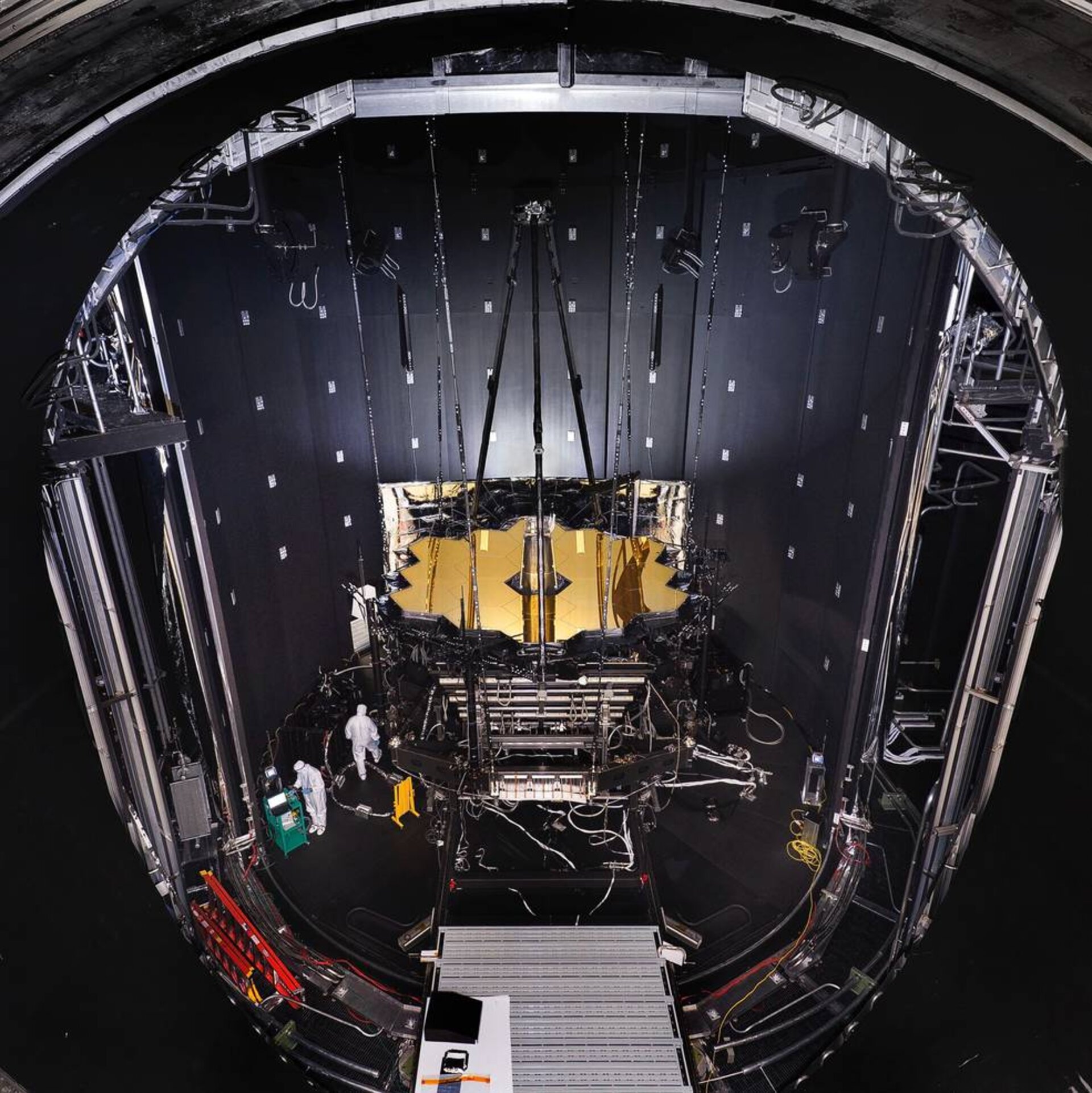 The James Webb Space Telescope is prepared for cryogenic-temperature testing in Chamber A at NASA's Johnson Space Center in Texas.

Being a 'cool' telescope, JWST is designed to operate at very low temperatures (around -230° C). This will give us an unprecedented view of the Universe at near and mid-infrared wavelengths and will allow scientists to study a wide variety of celestial objects, ranging from planets in the Solar System to nearby stars, from neighbouring galaxies out to the farthest reaches of the very distant Universe.

JWST is joint project of NASA, ESA and the Canadian Space Agency, and is scheduled for launch in October 2018 from Europe’s Spaceport in Kourou, French Guiana.

More about the cryogenic-temperature testing on NASA's JWST website.