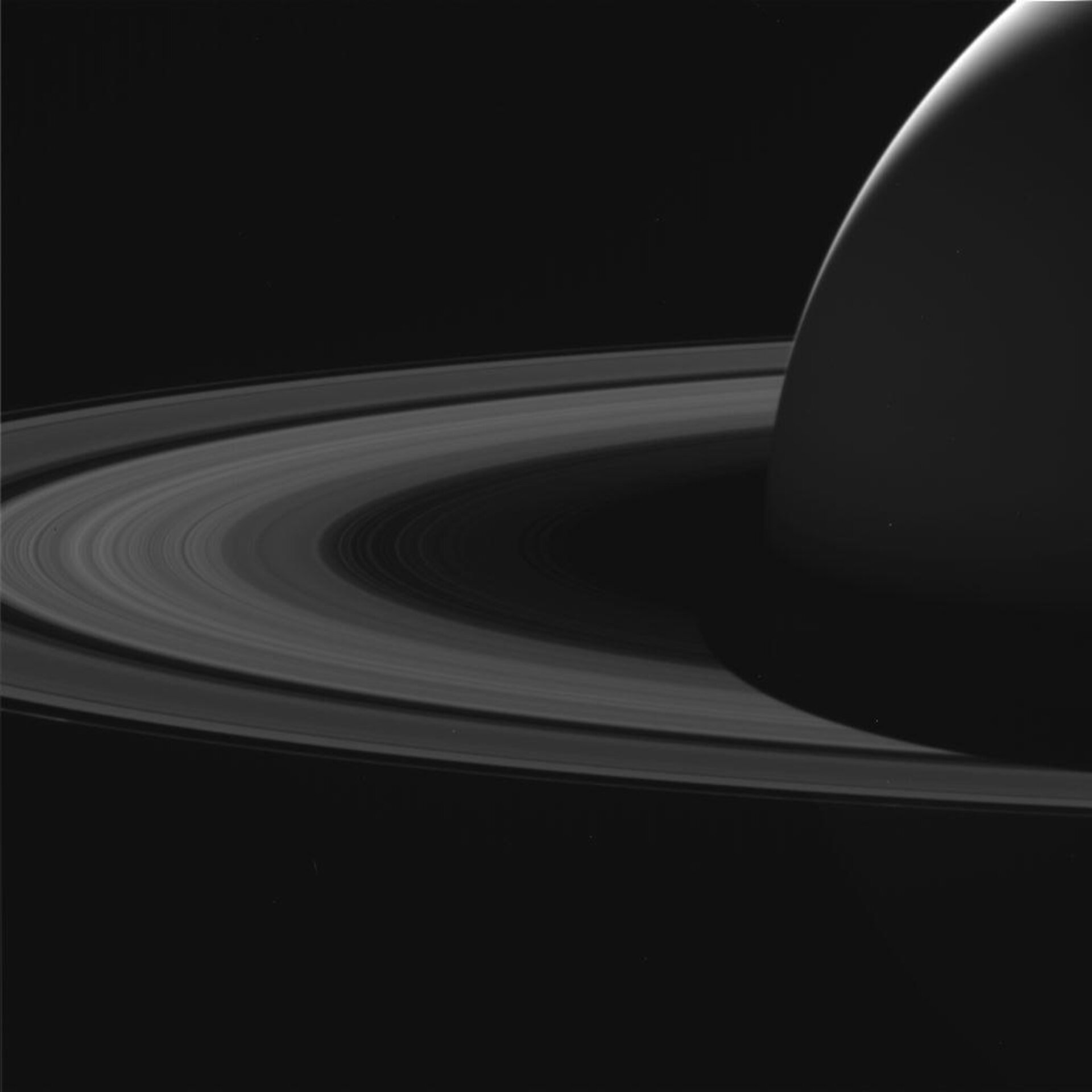 The international Cassini spacecraft has completed half of the 22 dives between Saturn and its rings before concluding its mission on 15 September. Cassini has been exploring the Saturnian system for 13 years, and has been making a series of ‘grand finale’ orbits since 22 April, taking the spacecraft into previously unexplored territory.

The image shown here was captured on 7 June, on the approach to the eighth dive. It is a raw image taken with the wide-angle camera and shows the planet, its rings, and a projection of Saturn’s shadow onto the inner rings.

As well as returning stunning images, the dives are enabling unique data to be collected that will help scientists solve mysteries regarding the mass of Saturn’s rings and the planet’s rotation rate. In the final five orbits the spacecraft will also dip down to directly sample Saturn’s upper atmosphere.

Following the last orbit, the spacecraft will make a distant flyby of Titan that will alter Cassini’s trajectory one final time, sending it into a controlled plunge into the planet’s atmosphere to conclude this incredible mission.

Read more about the grand finale here and check out the latest images in the raw image gallery.