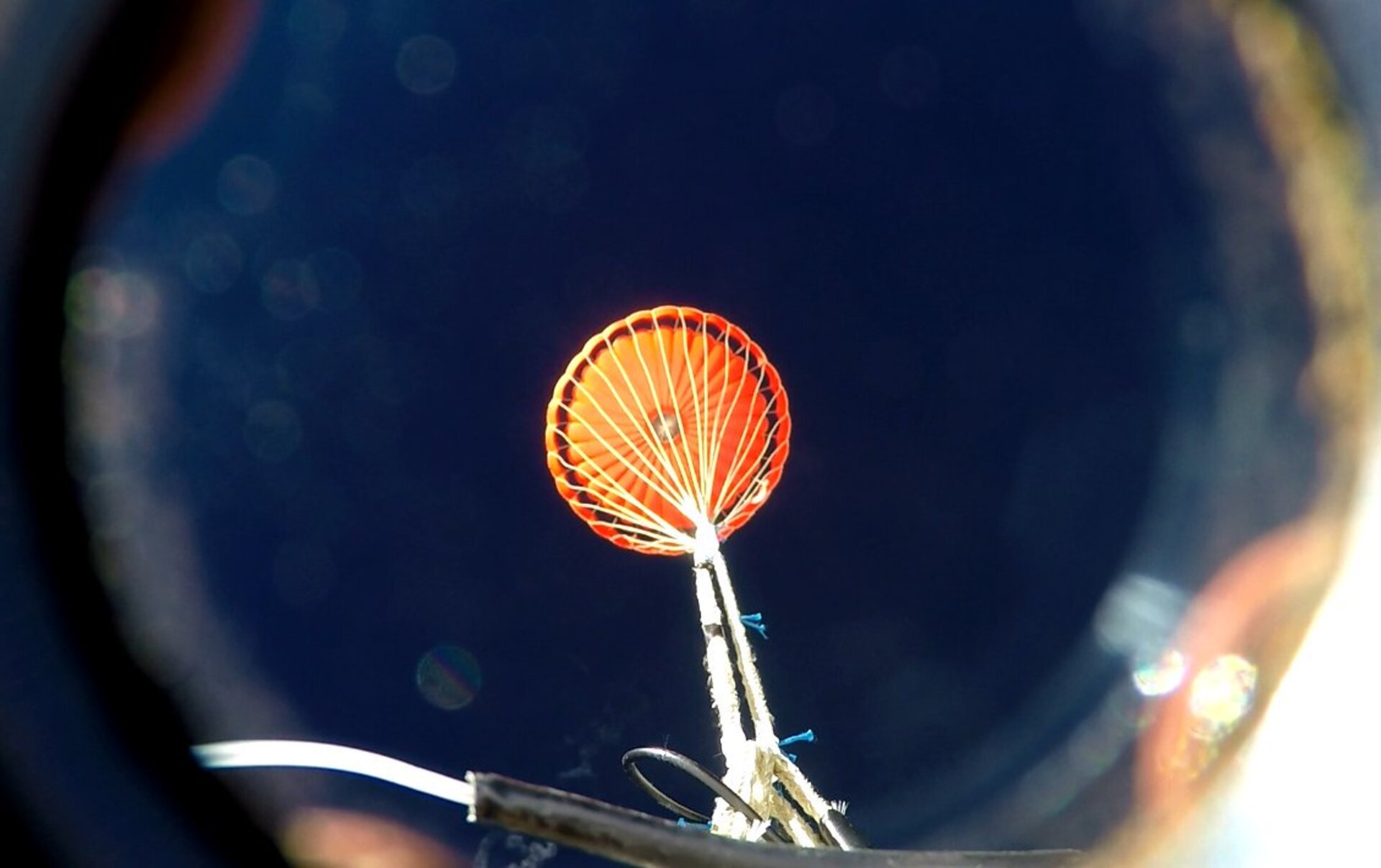 This parachute deployed at supersonic velocity from a test capsule hurtling down towards snow-covered northern Sweden from 679 km up, proving a crucial technology for future spacecraft landing systems.

Planetary landers or reentering spacecraft need to lose their speed rapidly to achieve safe landings, which is where parachutes come in. They have played a crucial role in the success of ESA missions such as ESA’s Atmospheric Entry Demonstrator, the Huygens lander on Saturn’s moon Titan and the Intermediate Experimental Vehicle spaceplane.

This 1.25-m diameter ‘Supersonic Parachute Experiment Ride on Maxus’, or Supermax, flew piggyback on ESA’s Maxus-9 sounding rocket on 7 April, detaching from the launcher after its solid-propellant motor burnt out.

After reaching its maximum 679 km altitude, the capsule began falling back under the pull of gravity. It fell at 12 times the speed of sound, undergoing intense aerodynamic heating, before air drag decelerated it to Mach 2 at an altitude of 19 km.

At this point the capsule’s parachute was deployed to stabilise it for a soft landing, and allowing its onboard instrumentation and camera footage to be recovered intact.

The data gathered by this test are being added to existing wind tunnel test campaigns of supersonic parachutes to validate newly developed software called the Parachute Engineering Tool (also developed by Vorticity), allowing mission designers to accurately assess the use of parachutes.

This development was supported through ESA’s General Support Technology Programme, which develops promising technologies for space. To find out more about ESA research and development projects, check our new Shaping the Future website.