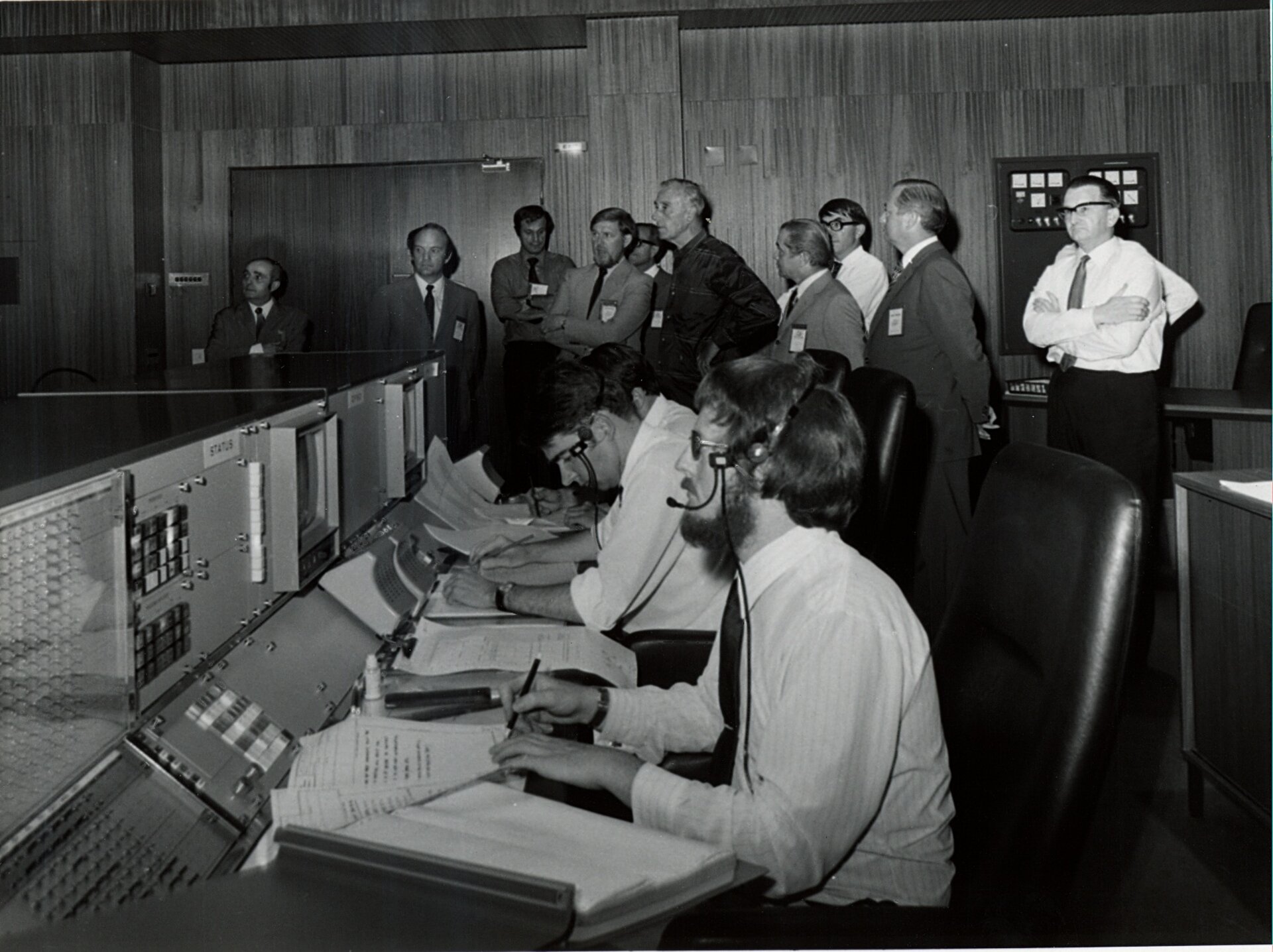 Think hipster hairdos are cool? We do – ESA mission controllers sported them in 1972!

This image was taken in 1972 in the main control room at ESA’s European Space Operations Centre, in Darmstadt, Germany, during a VIP visit by the UK’s Louis Mountbatten, 1st Earl Mountbatten of Burma.

The centre has served as Europe’s gateway to space for half a century. In 2017, it is celebrating its 50th anniversary, highlighting a rich history of achievement in space.

Since inauguration in 1967, teams have flown 77 spacecraft, ranging from telecom, weather, Earth observation and climate monitoring satellites to spacecraft studying the Sun, peering deep into our Universe and exploring our Solar System.

While there’s no known connection, it cannot be entirely by chance that Hair, one of the most famous rock musicals, debuted in New York in 1967, the same year as the centre’s inauguration.