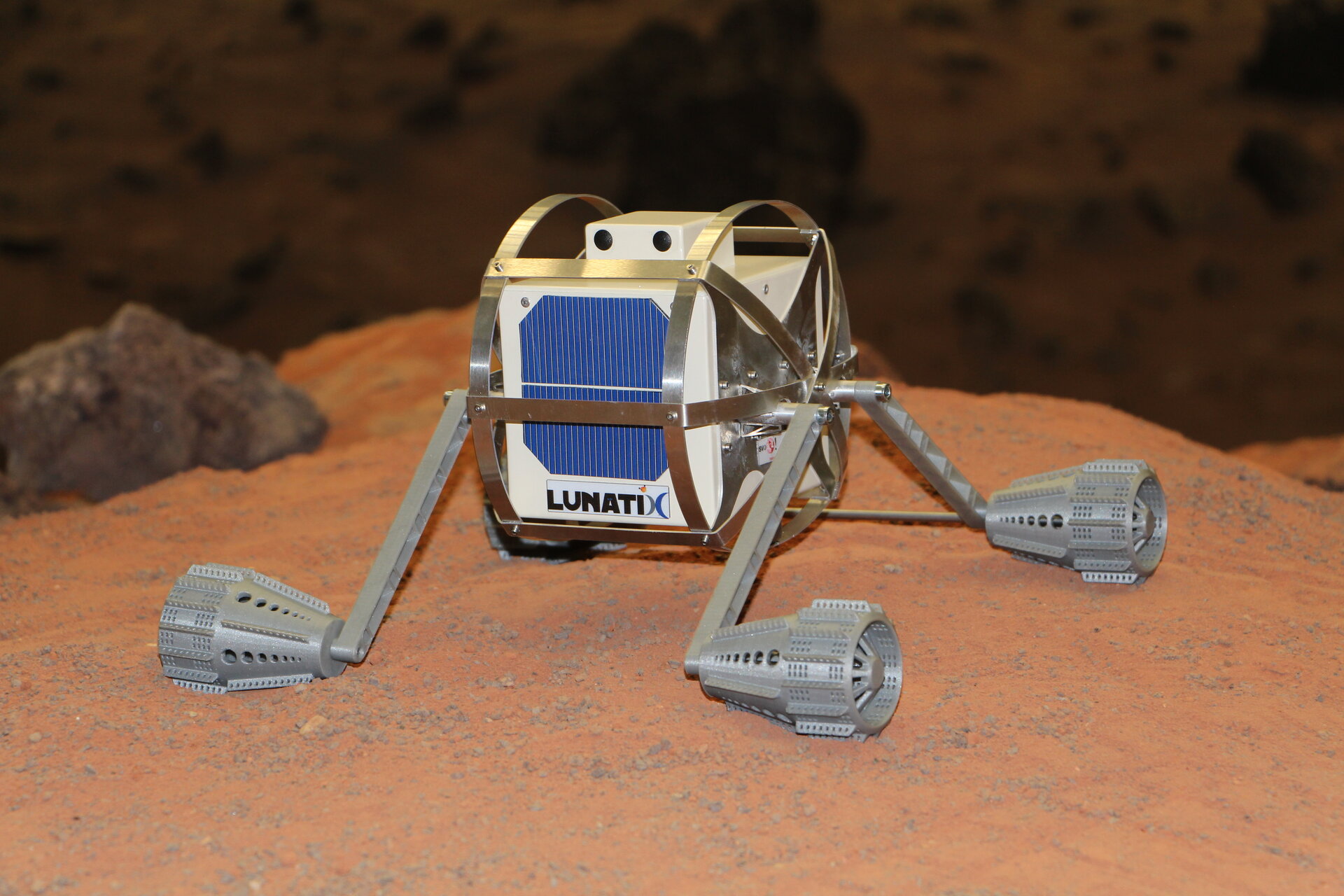 This highly mobile, jumping Nanobot was designed by a team of space engineers challenged to develop a Moon mission that was not only technically viable but could also make a profit.

“We want to enable you to leave your mark on the Moon,” explains ESA engineer Jorge Fiebrich. “Our ambition is to become the creative leader in lunar mobility experiences, through placing unique mobile platforms on the lunar surface.”

The team designed these video camera-equipped Nanobots to tap into the $100 billion gaming market. After raising initial enthusiasm among Earth’s 1.8 billion gamers with controlling a virtual Nanobot on a simulated lunar surface, there will be the possibility to control real Nanobots on the Moon, in Pokemon Go!-style augmented reality scenarios.

Science would be another business line, with the highly agile Nanobots able to probe sites of scientific interest such as lunar lava tubes.

The Nanobots are designed to jump up to 3 m high and 10 m in distance in the one-sixth gravity of the Moon, which allows them to clear obstacles while offering an exciting gaming aspect.

The SpaceTech team carried out a rigorous end-to-end design process, ensuring their robots could survive harsh lunar temperature swings and radiation and dust exposure, as well as continuously communicate with Earth – and their customers.

“Through the Nanobots, humans will be experiencing the Moon in near-real time, with a two-way delay of around three seconds,” adds Jon Reijneveld, system engineer at Airbus Defence and Space. “They could be seen as the first inhabitants of the Moon Village.”

Now the study has been completed, the participants are investigating plans to establish the company next year. For more information read the full summary here.