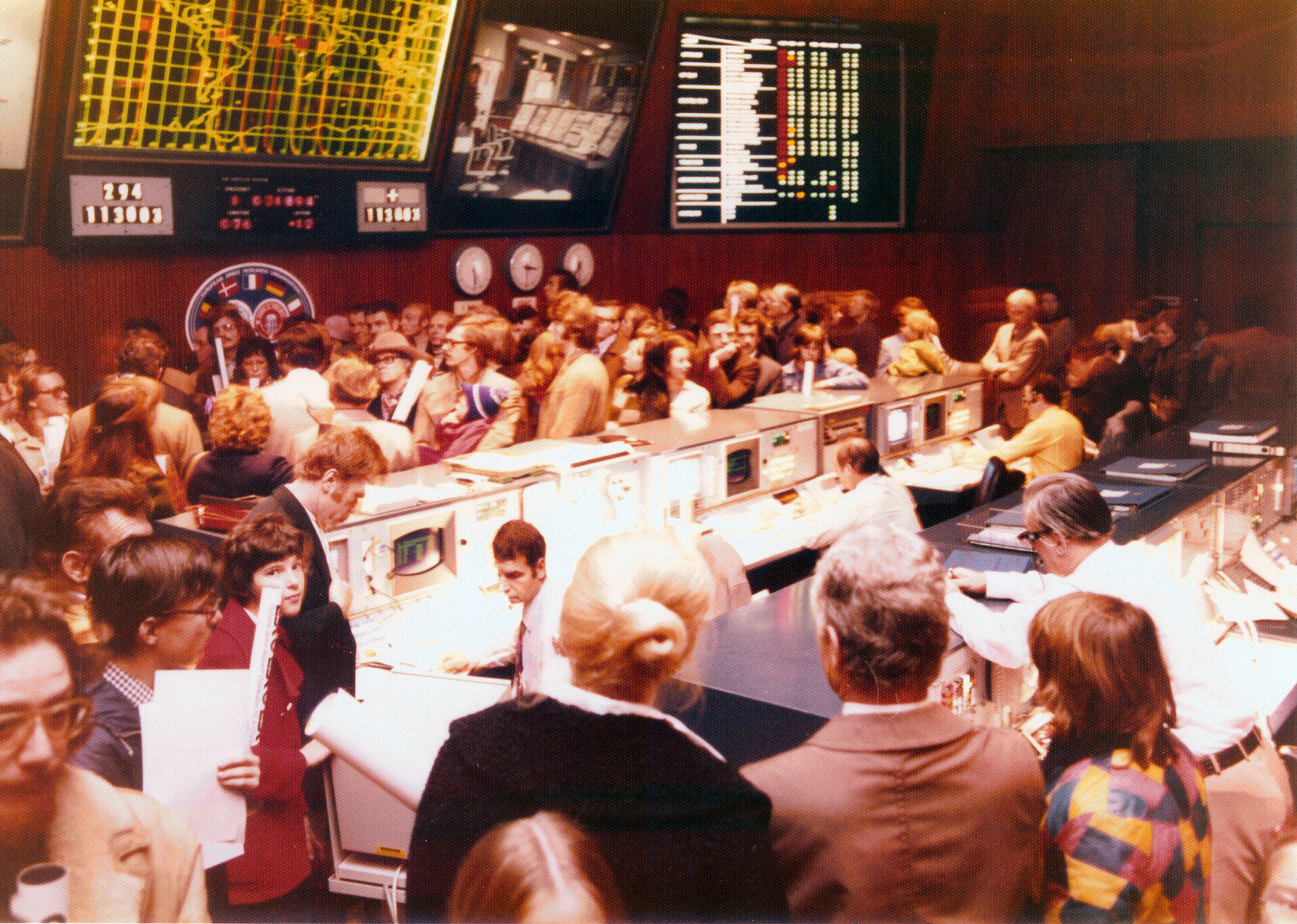 On 21 October 1974, the new European Space Operations Centre, or ESOC, for the first time invited the public inside to see first-hand what was happening at Darmstadt’s mission control centre.

The official report in the Bulletin magazine for November 1974 noted:

“The interest shown greatly exceeded expectations, as evidenced by the fact that more than 10 000 visitors were catered for between 10.00 and 17.00 hours. With competent staff members acting as guides, tours were arranged through the Operation Control Centre, including the Real-Time and Conversion areas, the Computer Building, and a 210 m2 hall housing life-size models of some of the ESRO satellites and a photo exhibition.”

Writing in How to Survive in Space some 20 years later, author Madeleine Schäfer, who worked at the centre until the 1990s, gave the background to what happened:

“… over 10 000 visitors from Darmstadt and surroundings descended upon ESOC like a cloud of locusts, avidly devouring everything in their path and leaving a trail of waste and destruction in their wake.

“Distracted secretaries arriving the following Monday found cupboards, which had been inadvertently left ajar, deplete of everything bearing the ESOC insignia; programmers, who had been foolish enough to leave their programs to run overnight, dejectedly collected the remnants together (the visitors – not satisfied with the standard PR material – had selected punch cards at random as souvenirs).

“Despite competitions, a space quiz, a balloon contest, special playrooms for the children and cinema shows, the Darmstädter visitors still found ample opportunity to display a healthy curiosity in all facets of space technology – by pressing all available knobs and buttons and effectively halting the mainframe computer and all on-going operations.”

“All in all, the first Open Day was pronounced by all participants to be a wonderful success.”

The next open day at ESOC, “Long Night of the Stars”, is set for 8 September 2017, to celebrate the centre's 50th anniversary.