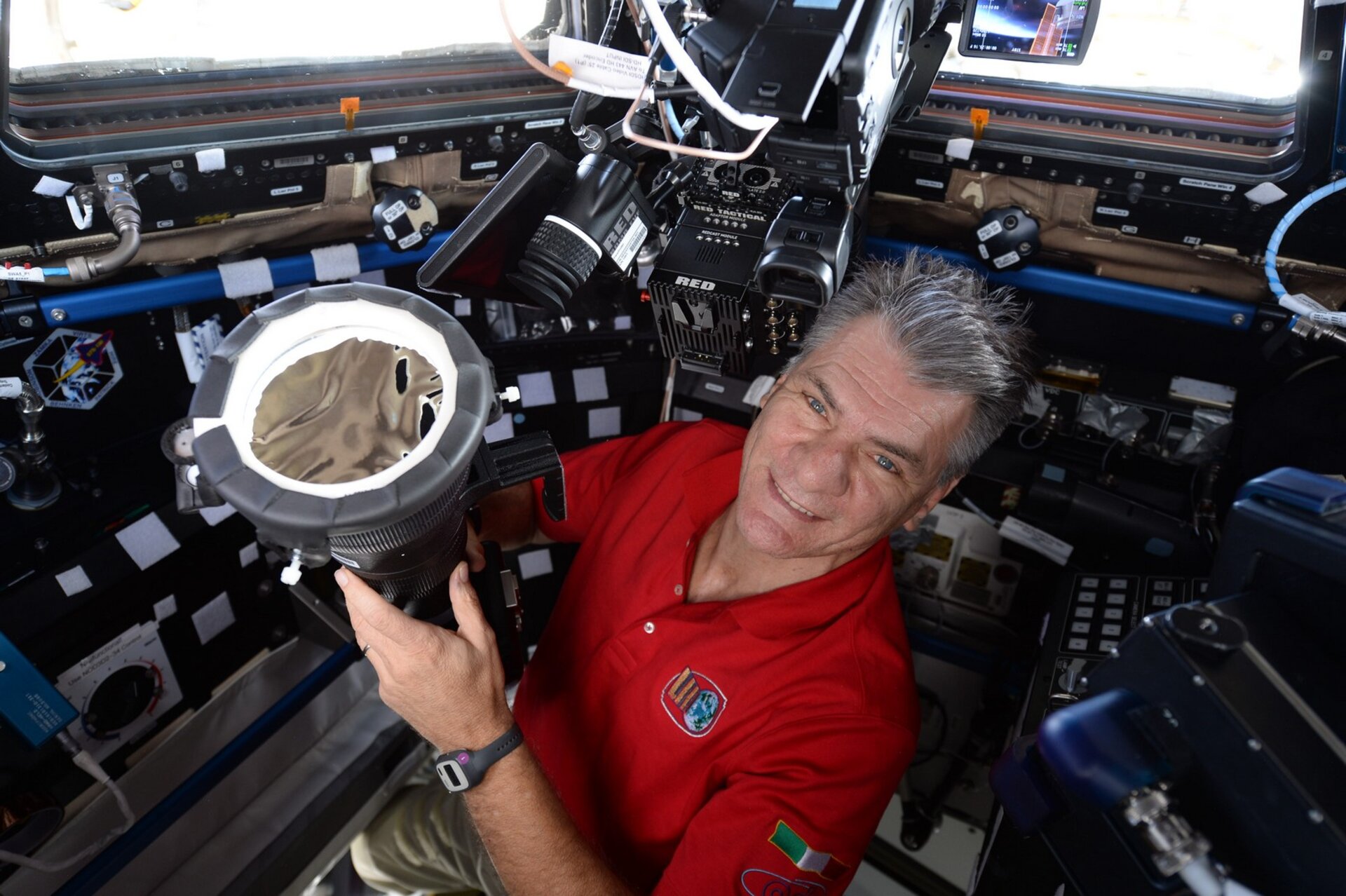 Preparing for the eclipse

ESA astronaut Paolo Nespoli showing his set-up to photograph the eclipse of the Sun on 21 August 2017 from the International Space Station. Paolo commented: "400 mm lens with solar filter installed on the camera... eclipse 2017 , bring it on!"

From their unique vantage point 400 km above Earth’s surface, astronauts aboard the International Space Station viewed three partial eclipses as the station traversed across the path of totality on its 90 minute-long orbits around the Earth. On one of the passes, they pictured the Moon’s fuzzy shadow on the surface of our planet.

Follow Paolo Nespoli during his six-month Vita mission at paolonespoli.esa.int