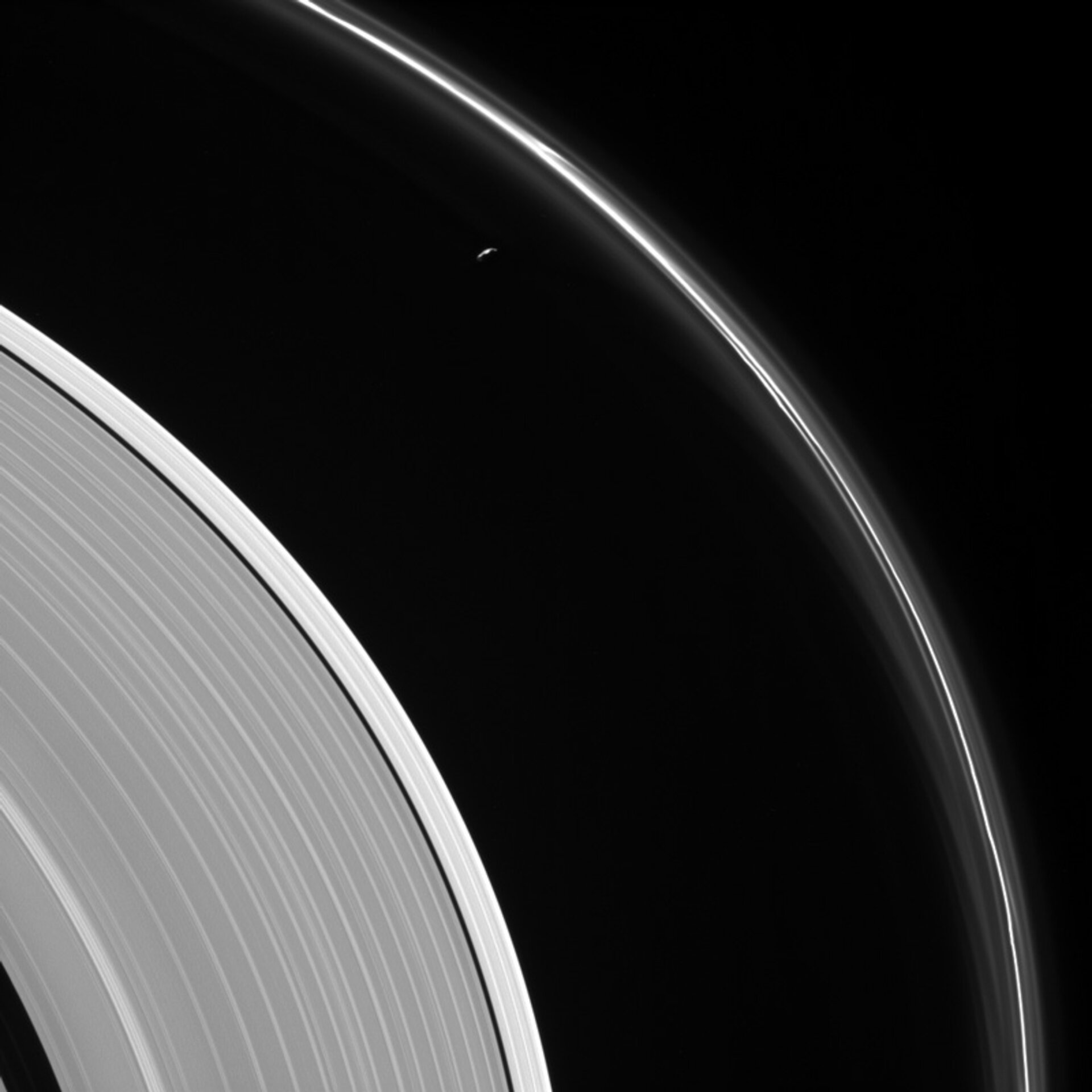 The international Cassini mission is drawing to a close in spectacular style: diving between Saturn and its innermost rings and exploring uncharted territory like never before.

The final set of five dives even dips the spacecraft into the top of Saturn’s atmosphere, giving Cassini’s instruments the chance to make the first direct sampling of the planet, studying its chemical composition and analysing its temperature at different altitudes. The dives will also provide close-up images of the planet’s atmospheric features, including its polar vortex and aurora.

Cassini is just completing its third of such atmospheric ‘dips’, and towards the end of the final orbit, will make a distant flyby of Titan, at 119 049 km on 11 September. But this will still be close enough to set Cassini on its final trajectory into the planet’s atmosphere, concluding its 13-year odyssey in the Saturn system.

Additional details of the mission’s grand finale will be presented by NASA tomorrow in a dedicated media briefing, scheduled for 18:00 GMT / 20:00 CEST.

The image shown here was captured during an earlier dive between the planet and its rings, at a distance of approximately 1.1 million kilometers from Saturn on 13 May. It shows the thin sliver of Saturn’s 86 km-wide moon Prometheus lurking near ghostly structures in Saturn's narrow F-ring. Many of the narrow ring’s faint and wispy features result from its gravitational interactions with Prometheus.

Most of the small moon’s surface is in darkness because of the viewing geometry: Cassini was positioned behind Saturn and Prometheus with respect to the Sun, looking towards the moon’s dark side and just a bit of the moon’s sunlit northern hemisphere. Detail in the sunlit side of the rings shows a distinct difference in brightness between the outermost section of Saturn’s A ring (left of centre) and the rest of the ring, interior to the Keeler Gap (lower left).

The Cassini mission is a cooperative project of NASA, ESA and Italy’s ASI space agency.