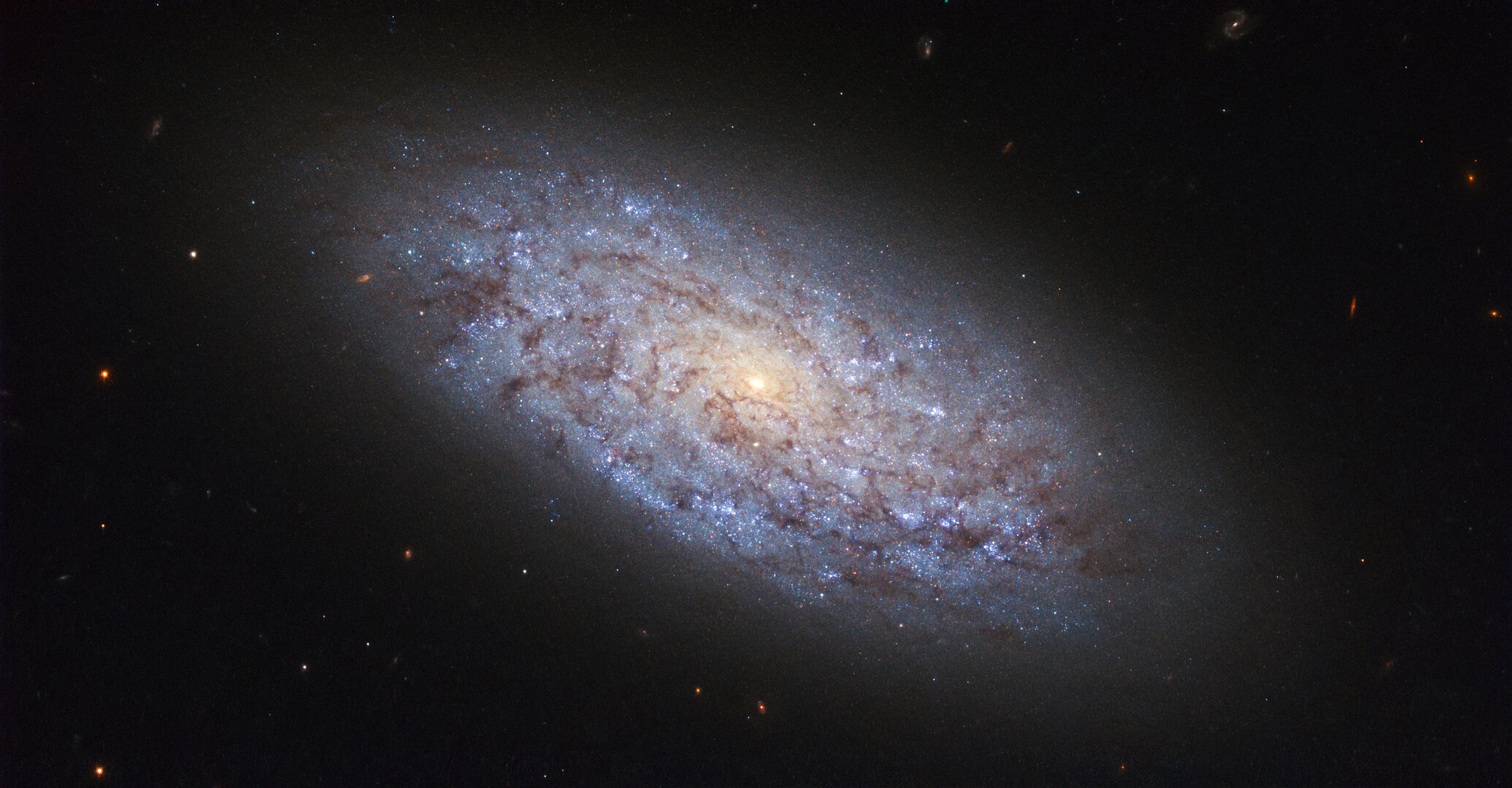 The subject of this NASA/ESA Hubble Space Telescope image is a dwarf galaxy named NGC 5949. Thanks to its proximity to Earth — it sits at a distance of around 44 million light-years from us, placing it within the Milky Way’s cosmic neighbourhood — NGC 5949 is a perfect target for astronomers to study dwarf galaxies.
With a mass of about a hundredth that of the Milky Way, NGC 5949 is a relatively bulky example of a dwarf galaxy. Its classification as a dwarf is due to its relatively small number of constituent stars, but the galaxy’s loosely-bound spiral arms also place it in the category of barred spirals. This structure is just visible in this image, which shows the galaxy as a bright yet ill-defined pinwheel. Despite its small proportions, NGC 5949’s proximity has meant that its light can be picked up by fairly small telescopes, something that facilitated its discovery by the astronomer William Herschel in 1801.
Astronomers have run into several cosmological quandaries when it comes to dwarf galaxies like NGC 5949. For example, the distribution of dark matter within dwarfs is quite puzzling (the “cuspy halo” problem), and our simulations of the Universe predict that there should be many more dwarf galaxies than we see around us (the “missing satellites” problem).