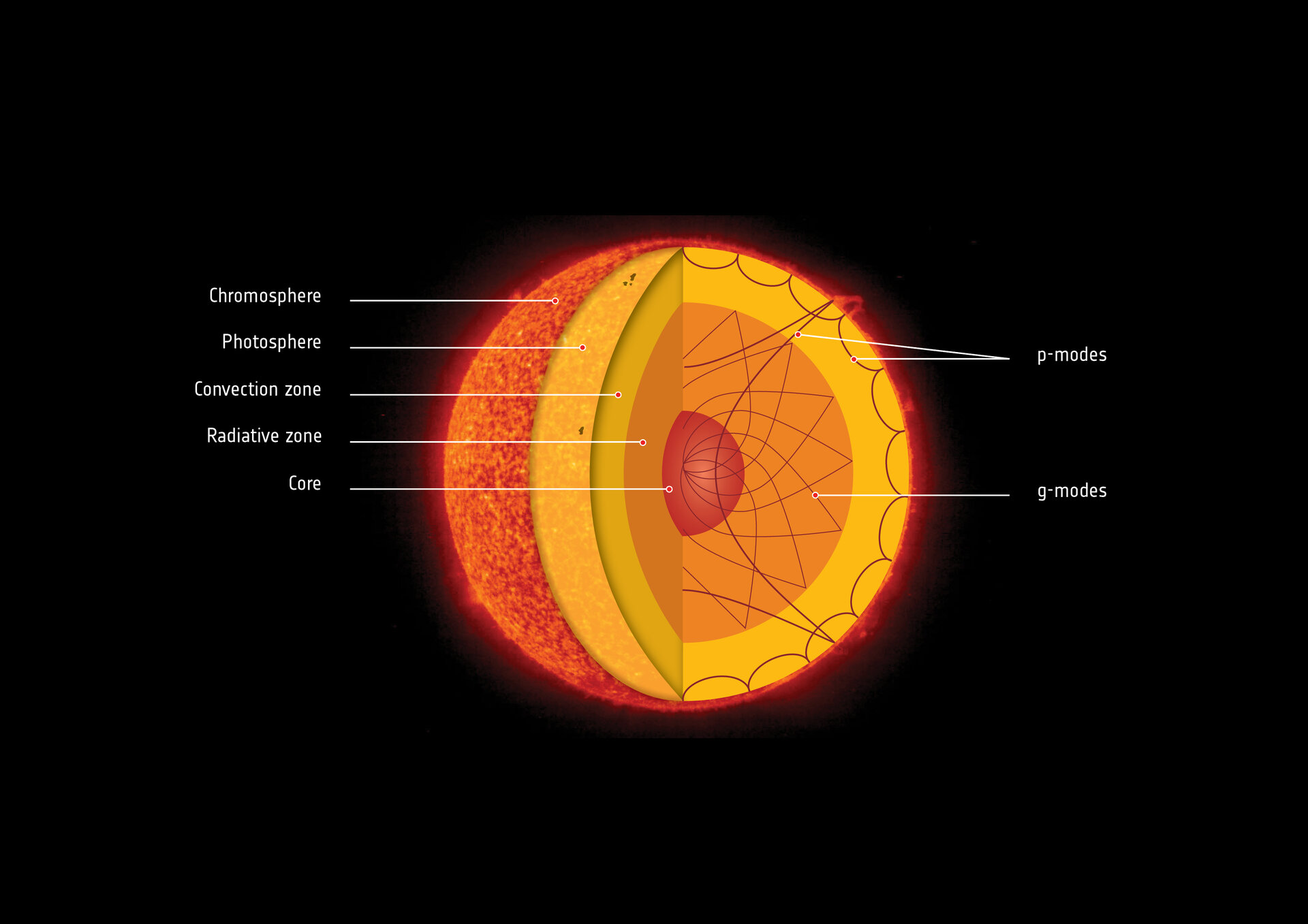 This cutaway diagram shows key regions of the Sun, starting with the outer chromosphere and then the photosphere, in which cool dark features known as sunspots can be seen. Inside the Sun, there is a turbulent outer convection zone and a more stable inner radiative zone.

Higher frequency waves, known as pressure waves (p-waves or p-modes), are easily detected as surface oscillations owing to sound waves reverberating through the upper layers of the Sun. They pass very quickly through deeper layers and are not sensitive to the Sun’s core rotation.

Lower frequency gravity waves (g-waves or g-modes) that represent oscillations of the deep solar interior have no clear signature at the surface, and thus present a challenge to detect directly.

In a new SOHO study, scientists have managed to extract the signature of the g-waves imprinted on the p-waves, enabling them to determine the rotation speed of the core.