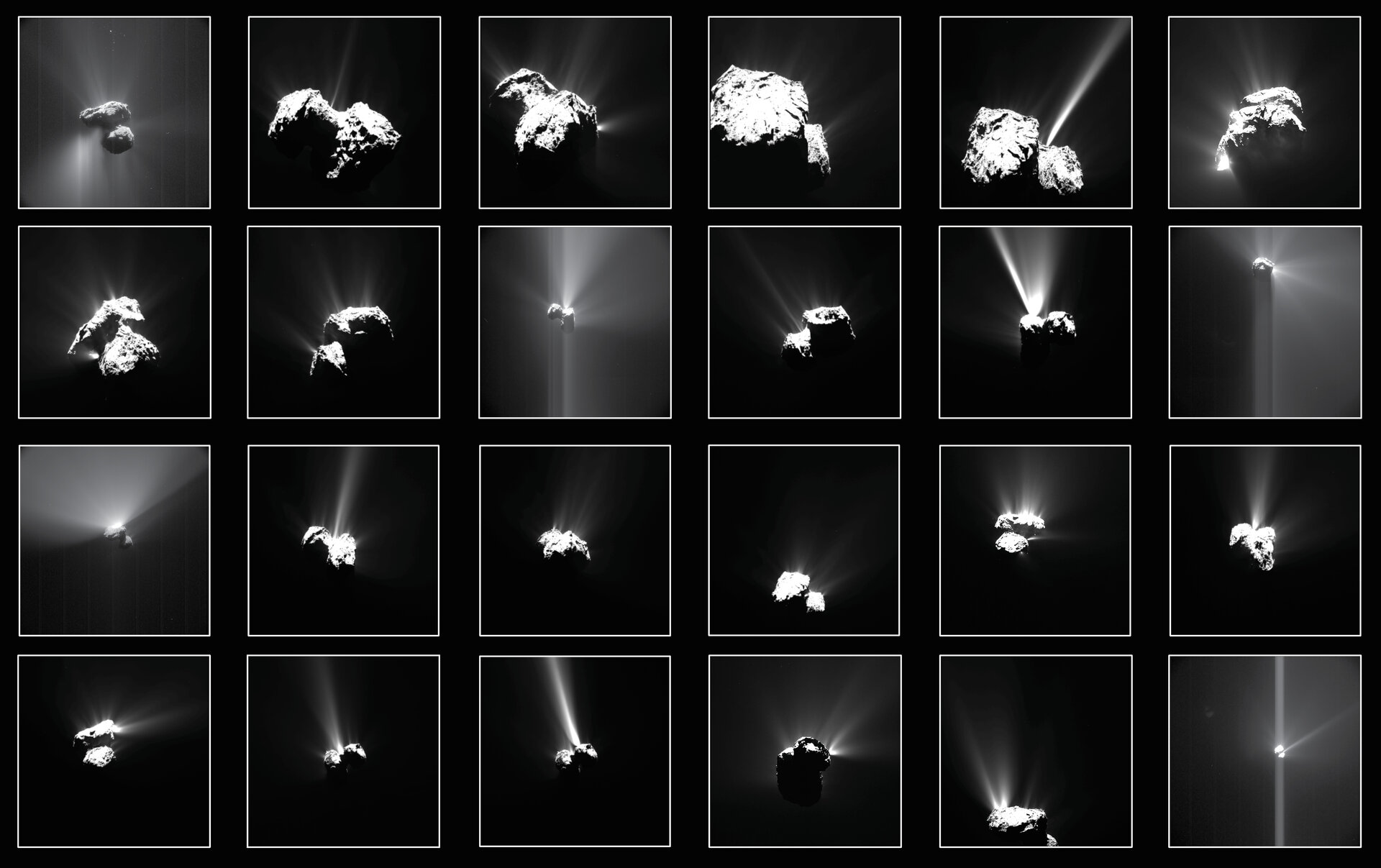 Blink and you might have missed them. But thanks to the cadence at which Rosetta took images of Comet 67P/Churyumov–Gerasimenko during its most active period in August 2015, scientists watching for brief but powerful outbursts caught plenty. Thirty-four no less, in the three months centred around the comet’s closest approach to the Sun, which occurred nearly two years ago, on 13 August 2015.

The increase in solar energy during these months warmed the comet’s frozen ices, turning them to gas, which subsequently poured out into space, dragging dust along with it. The violent, transient events occurred over and above regular jets and flows of material seen streaming from the comet’s nucleus, and were much brighter. Although typically only lasting a few minutes, some 60–260 tonnes of comet material could be released.

As can be seen from the montage shown here, some outbursts were long, narrow jets extending far from the comet nucleus, while others had a broader base that expanded more laterally. Others seem to be a hybrid of the two.

Scientists studying the outbursts even traced them back to their origins on the surface. Some were found to be linked to changes in local temperatures, perhaps in the early morning after many hours of darkness, or later in the day after several hours of heating, while others came from areas associated with pits or steep cliffs.

The images seen here are from both the high-resolution OSIRIS camera, and from the spacecraft’s navigation camera. Browse more images from Rosetta’s mission via ESA’s Archive Image Browser.

Rosetta arrived at the comet on 6 August 2014 and released its lander Philae on 12 November 2014. Rosetta followed the comet around the Sun for just over two years, watching the rise and fall of its activity over time and returning a wealth of scientific data from its suite of in situ and remote sensing instruments. It concluded its pioneering mission on 30 September 2016 by descending on to the comet’s surface in a controlled impact.