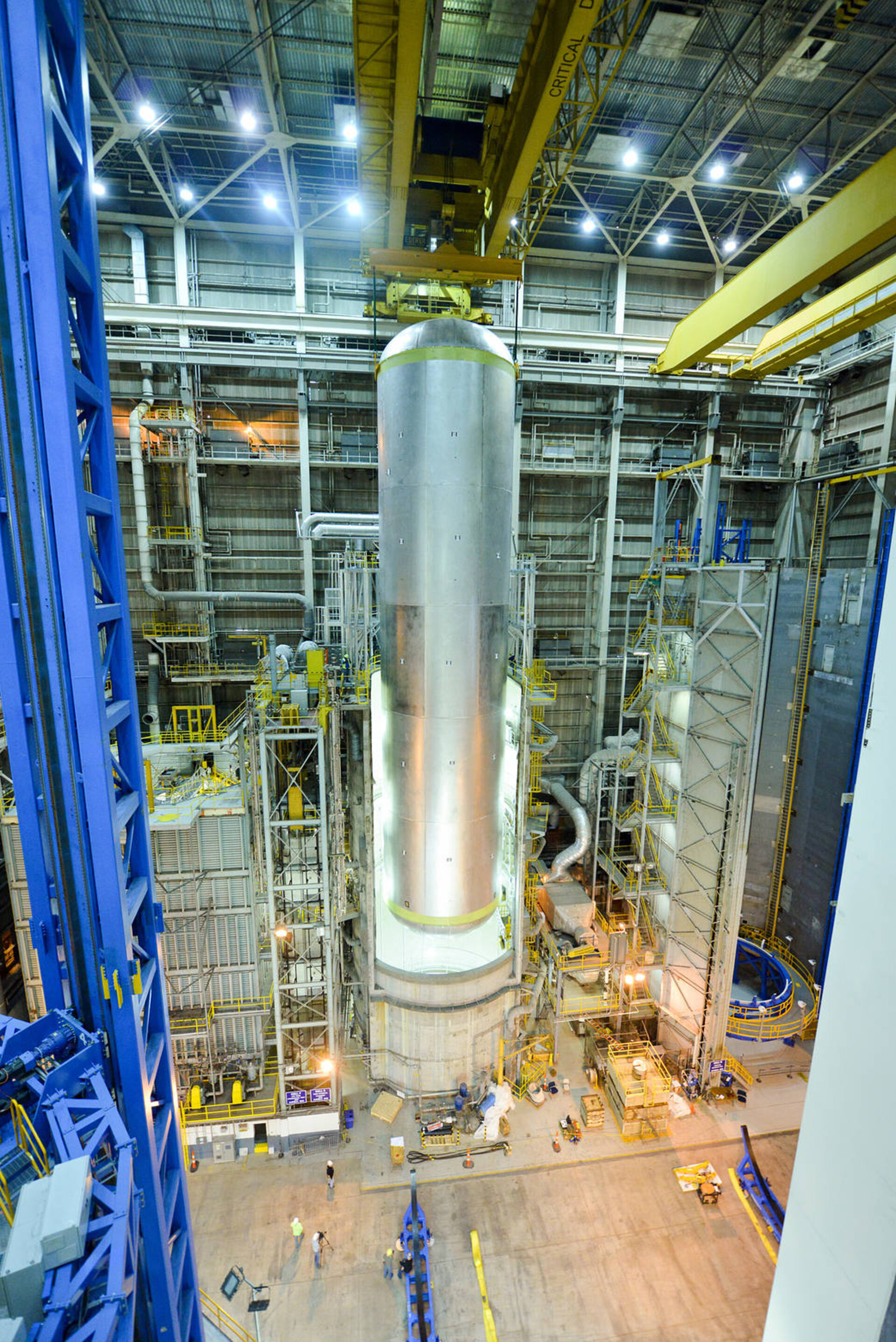 Tanks for the lift

NASA’s powerful Space Launch System rocket is a few steps closer to launching the Orion spacecraft now that its liquid propellant tanks are ready for testing.

Assembled by the world’s largest robotic rocket welder at NASA’s Michoud facility in New Orleans, USA, the liquid oxygen tank seen here is ready for qualification, while the remaining three tanks are being processed.

The tanks must prove they can do exactly what they were designed to do as well as pass structural testing. At NASA’s Marshall Space Flight Center in Huntsville, Alabama, they will be strapped to the engines and fired to check their performance under launch conditions.

The liquid oxygen and hydrogen tanks hold over 2.6 million litres of propellant to power the rocket’s core stage that is comprised of four RS-25 engines and two solid rocket boosters.

Every bit of that thrust will be needed to propel the Orion spacecraft beyond low orbit to the Moon and beyond, for which ESA is contributing the European Service Module (ESM).

Once in orbit, the ESM will provide the spacecraft with electricity, water, oxygen and nitrogen as well as temperature control. A propulsion qualification module is being tested at the White Sands Test Facility in the US.

NASA’s uncrewed Exploration Mission-1 will be launched from the historic pad 39B at the Kennedy Space Center in Cape Canaveral, sending Orion some 70 000 km beyond the Moon before it returns to Earth.