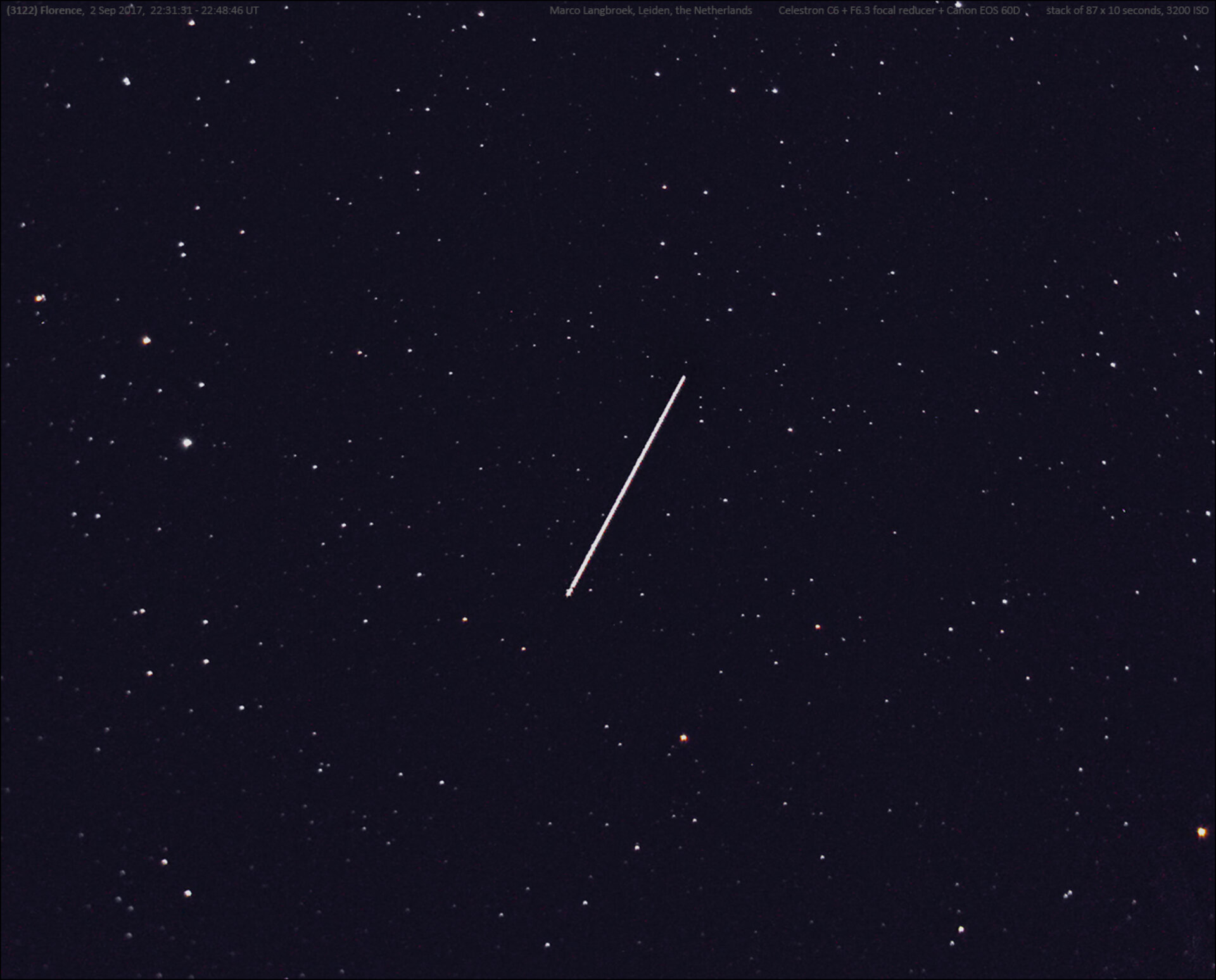 This near-Earth object does not often come so close: the asteroid had last been similarly close in 1930, and will not be really close again until 2057. While it usually passes us at a safe distance, orbital disturbances in the (distant) future could bring it closer, and the size of the object is such that it could be of future impact concern.

Astro-photographer Marco Langbroek, based in Leiden, the Netherlands, obtained this image of Florence on Saturday evening. He writes:

“Florence became quite bright during this close pass, and was visible in binoculars at a maximum brightness of about magnitude +8.7 just before the moment of closest approach.”

“About 1.5 days after the moment of closest approach, near local midnight of September 2-3, I imaged the fast-moving asteroid from Leiden with my Celestron C6 telescope. It was about mag +9.1 at that time. This stacked image was made from 87 images (each an exposure of 10 seconds with a 5 second interval) taken over a 17-minute period between 22:31:32 - 22:48:47 UTC on 2 September.”

“The asteroid was at a distance of 0.048 Astronomical Units at that time and moving fast through Delphinus, at an angular speed of about 22".5 per minute.”

Access more details and a movie of the flyby via Marco's blog, SatTrackCam Leiden.