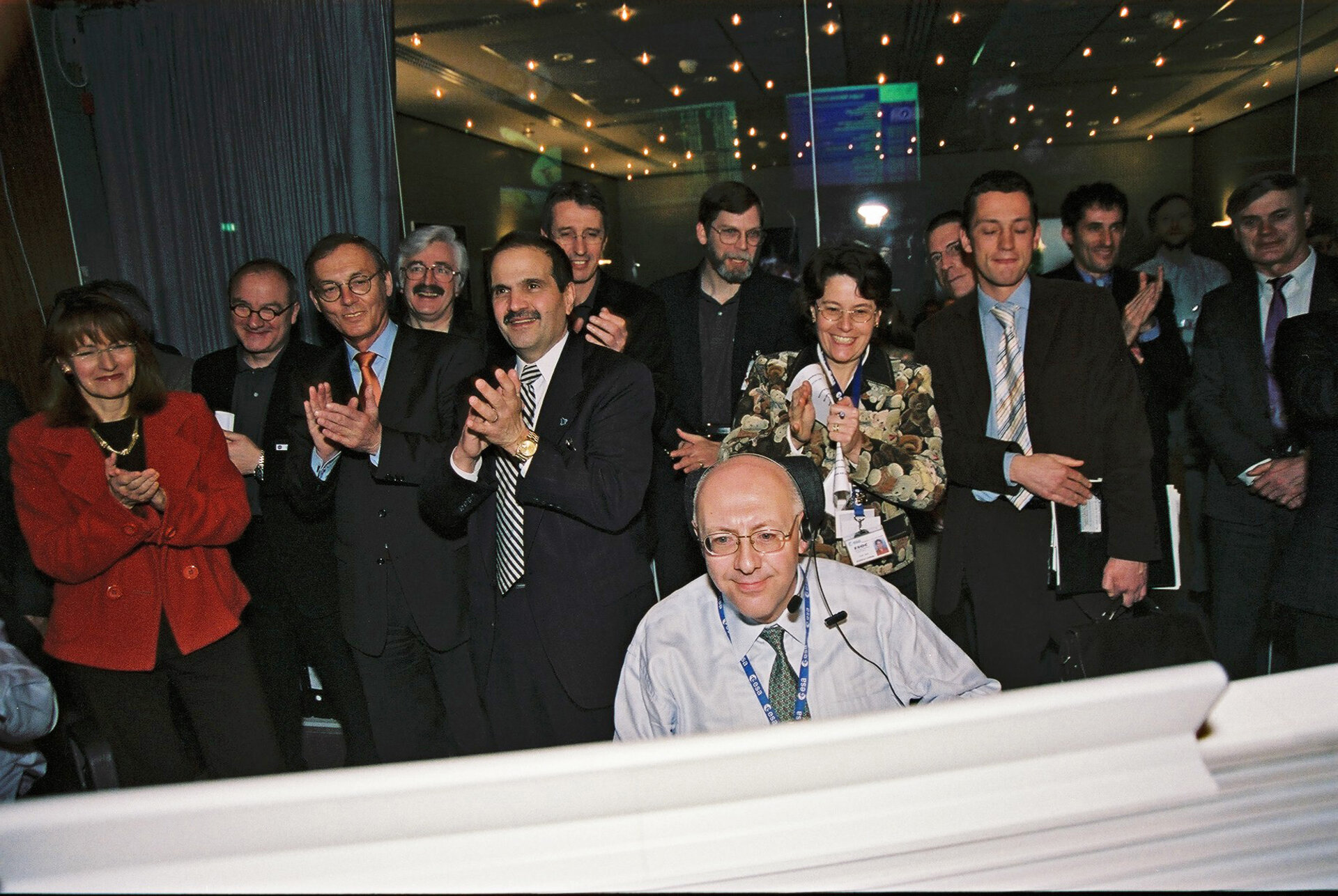 In December 2004, after a seven-year journey as part of the international Cassini–Huygens mission to Saturn, ESA’s Huygens probe separated from NASA’s Cassini orbiter to make a lonely one-way voyage to Titan, Saturn’s largest moon.

Just days later, on 14 January 2005, as the world watched breathlessly, Huygens plunged into Titan’s dense atmosphere, deployed parachutes and then spent a leisurely two and a half hours descending to the surface, transmitting scientific data the entire time, which was relayed by Cassini back to NASA’s 70 m-diameter deep-space network on Earth.

At 12:34 GMT that day, Huygens landed with a bounce and confirmation was received at ESA’s mission control centre in Darmstadt, Germany, with the first data signals arriving at 16:19 GMT.

That afternoon, the Huygens Spacecraft Operations Manager, Claudio Sollazzo, was watching intently in the Main Control Room for the first data to arrive.

When the signal came in, a loud cheer went up and the success of Cassini and Huygens was transmitted worldwide by the gathered media.

Titan remains one of only two moons ever to receive landers, and the descent still marks the most distant landing achieved by humanity.

On 15 September 2017, Cassini will dive to destruction into Saturn’s atmosphere, ending a hugely successful mission that has generated a wealth of scientific data that will be studied for many years to come.