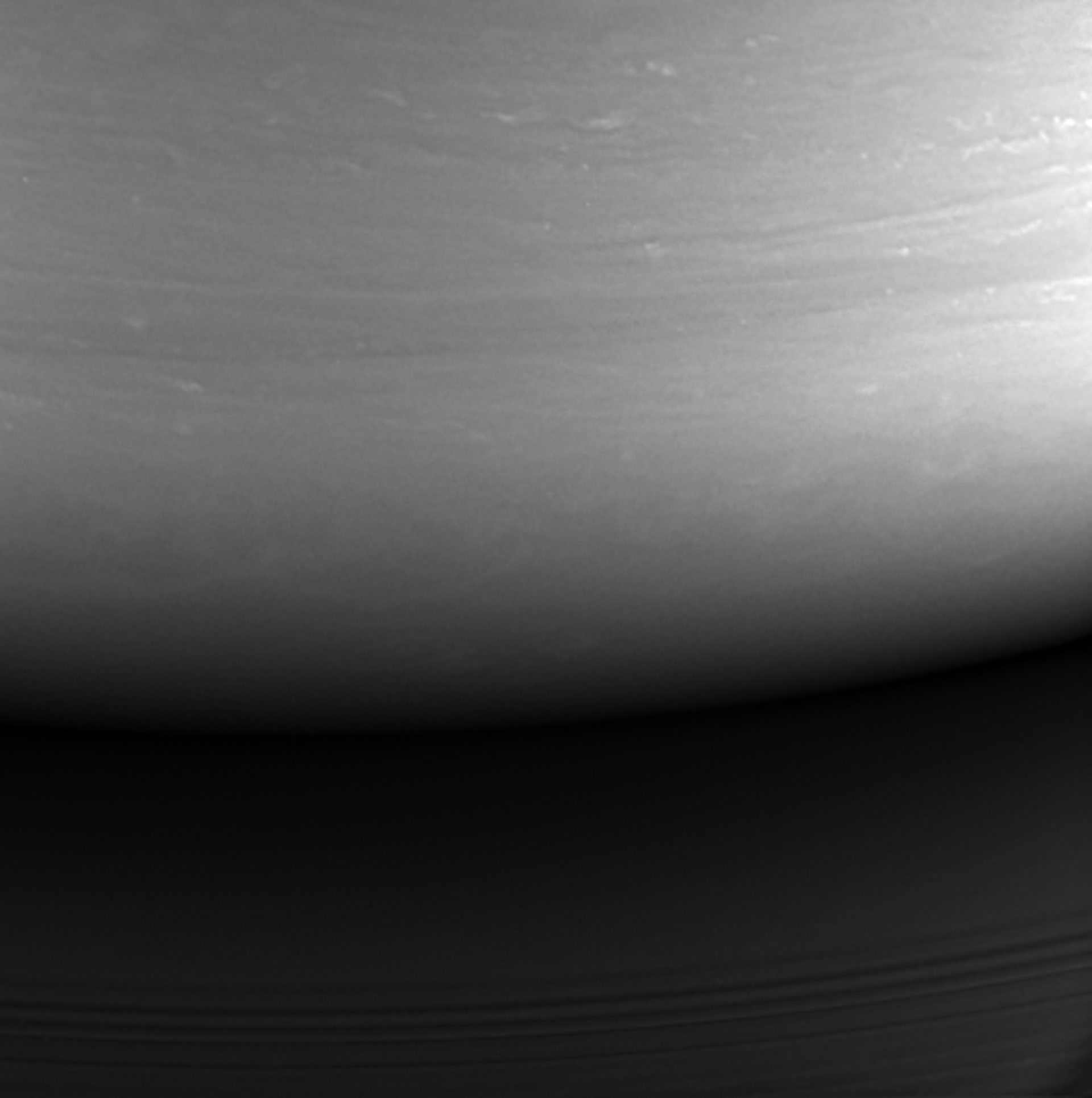 This monochrome view is the last image taken by the imaging cameras on the Cassini spacecraft before the mission concluded on 15 September. It looks toward the planet's night side, lit by reflected light from the rings, and shows the location at which the spacecraft would enter the planet's atmosphere hours later.

The view was acquired on 14 September 2017 at 19:59 GMT (spacecraft event time). The view was taken in visible light using the Cassini spacecraft wide-angle camera at a distance of 634,000 km from Saturn.