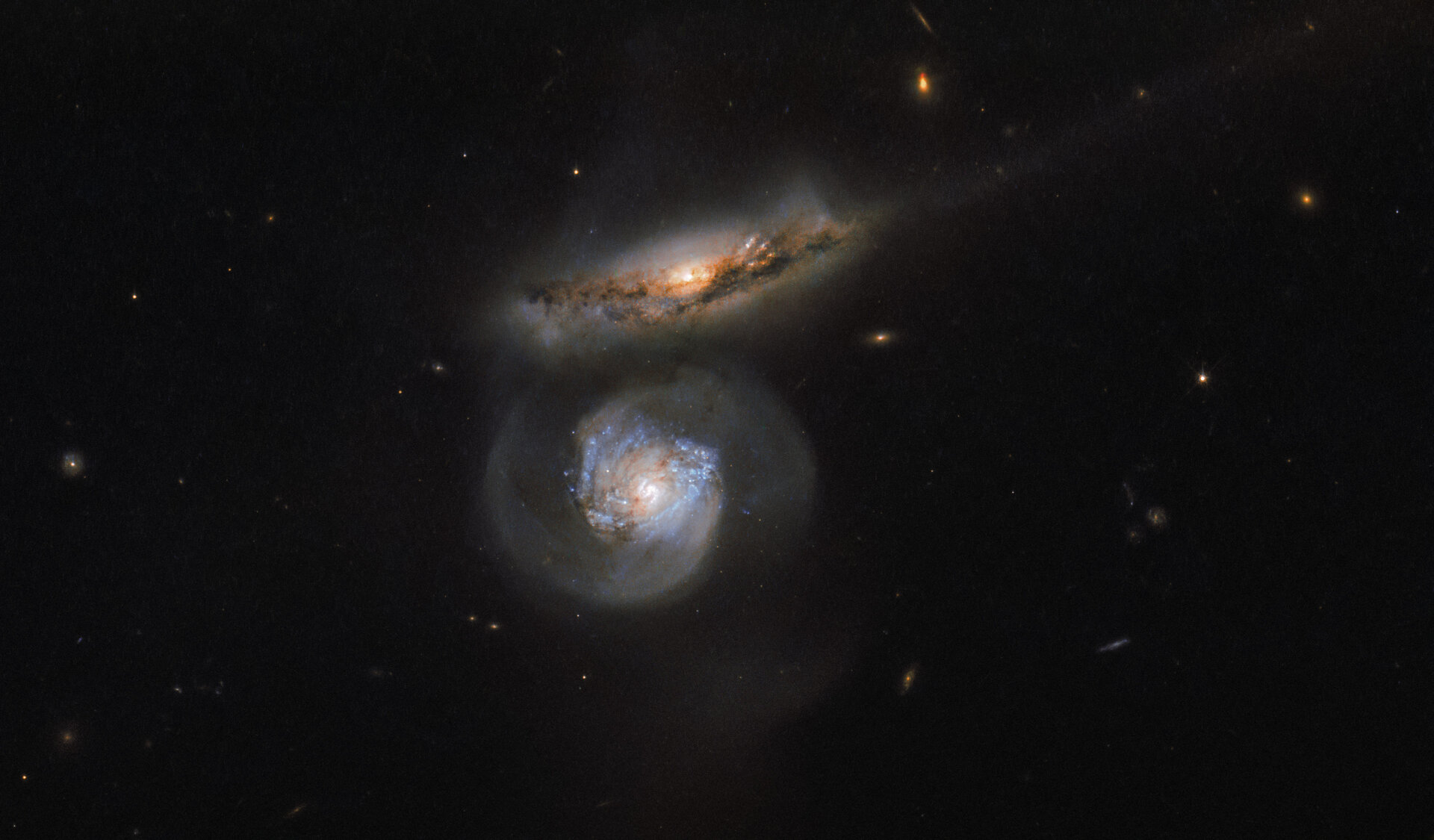 Phenomena across the Universe emit radiation spanning the entire electromagnetic spectrum — from high-energy gamma rays, which stream out from the most energetic events in the cosmos, to lower-energy microwaves and radio waves.

Microwaves, the very same radiation that can heat up your dinner, are produced by a multitude of astrophysical sources, including strong emitters known as masers (microwave lasers), even stronger emitters with the somewhat villainous name of megamasers, and the centres of some galaxies. Especially intense and luminous galactic centres are known as active galactic nuclei. They are in turn thought to be driven by the presence of supermassive black holes, which drag surrounding material inwards and spit out bright jets and radiation as they do so.

The two galaxies shown here, imaged by the NASA/ESA Hubble Space Telescope, are named MCG+01-38-004 (the upper, red-tinted one) and MCG+01-38-005 (the lower, blue-tinted one). MCG+01-38-005 is a special kind of megamaser; the galaxy’s active galactic nucleus pumps out huge amounts of energy, which stimulates clouds of surrounding water. Water’s constituent atoms of hydrogen and oxygen are able to absorb some of this energy and re-emit it at specific wavelengths, one of which falls within the microwave regime. MCG+01-38-005 is thus known as a water megamaser!

Astronomers can use such objects to probe the fundamental properties of the Universe. The microwave emissions from MCG+01-38-005 were used to calculate a refined value for the Hubble constant, a measure of how fast the Universe is expanding. This constant is named after the astronomer whose observations were responsible for the discovery of the expanding Universe and after whom the Hubble Space Telescope was named, Edwin Hubble.