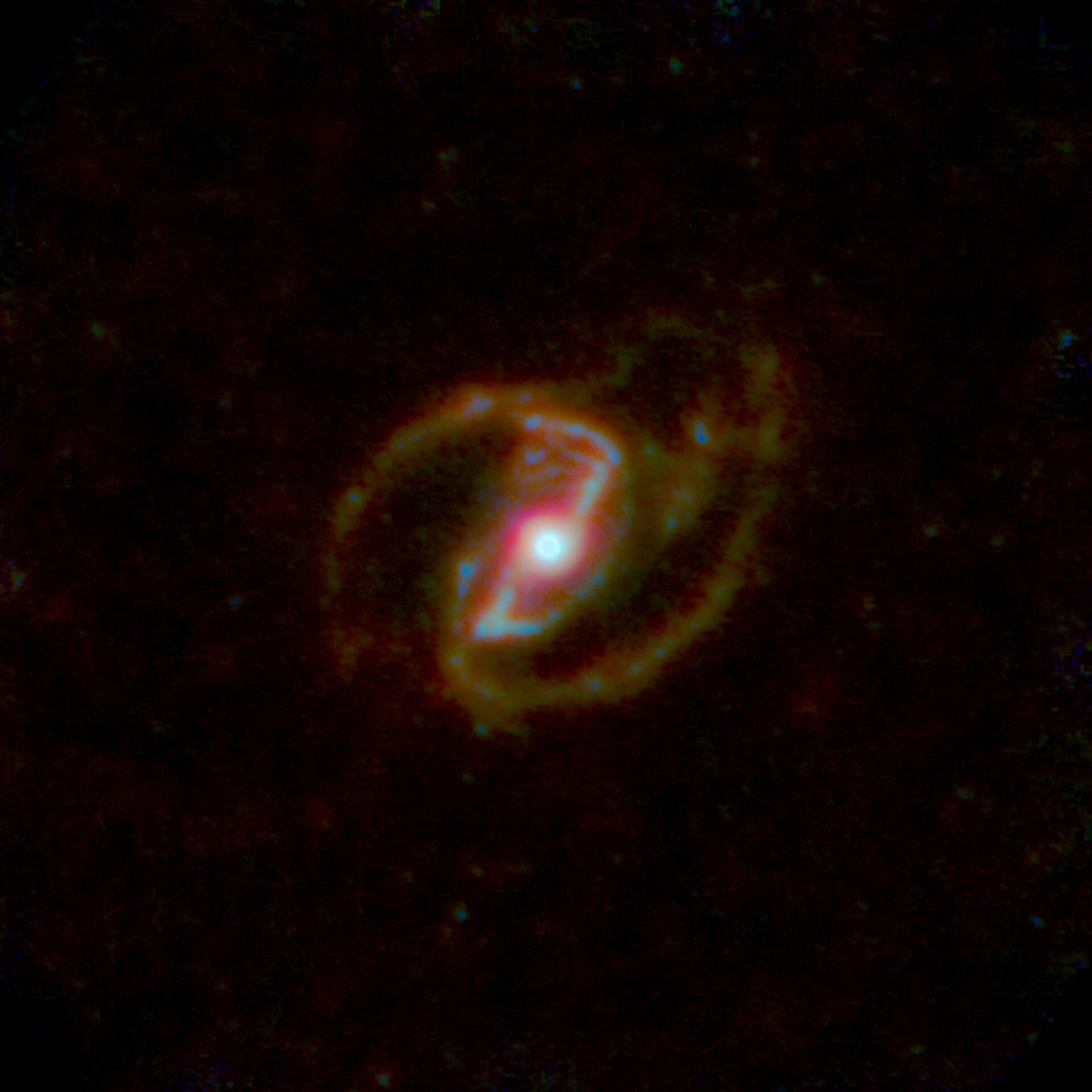 Portrayed in this image by ESA’s Herschel observatory is NGC 1097, a barred spiral galaxy located some 50 million light-years from us, in the southern constellation Fornax, the Furnace.

The blue regions sprinkled across the galaxy’s two spiral arms are sites of intense star formation. There, the energy from newborn stars has heated up the dust interspersed in the interstellar gas, making it glow at the far-infrared and submillimetre wavelengths probed by Herschel.

The dwarf elliptical galaxy NGC 1097A, a small satellite of NGC 1097, can be seen as the fuzzy blue blob in the top right, halfway between the two spiral arms.

The bright core of the NGC 1097, surrounded by a glowing ring where most of the galaxy’s prodigious star formation is taking place, conceals a supermassive black hole about a hundred million times the mass of our Sun. This black hole is devouring matter from its vicinity, causing the galactic core to shine brightly across the electromagnetic spectrum, from X-rays to radio waves.

This galaxy was discovered – and originally identified as a nebula – in the late 18th century in optical observations by William Herschel, the astronomer after whom the observatory is named. Despite the source’s location in the southern sky, it was still visible a few degrees above the horizon at the site in England where Herschel made his observations.