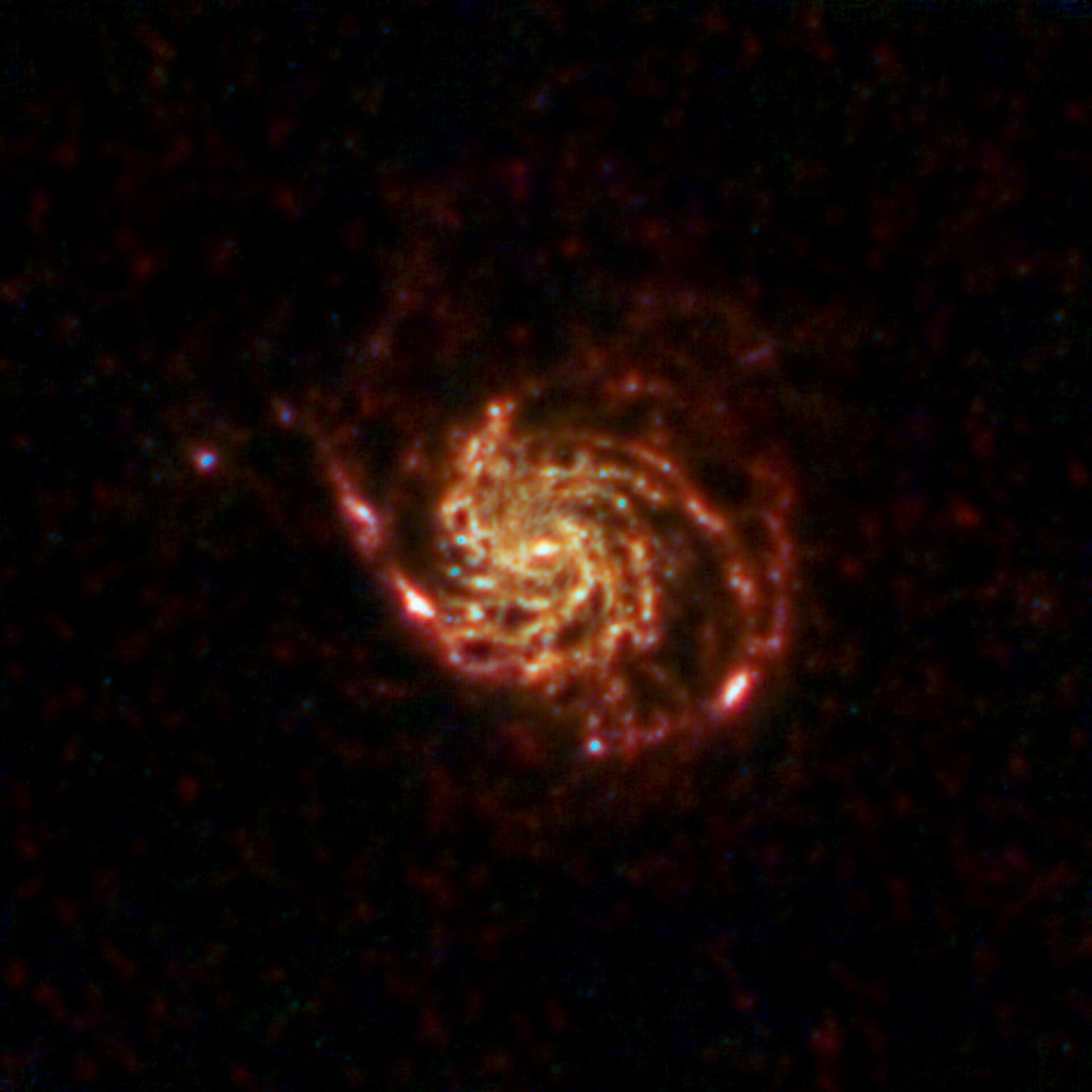 Herschel’s view of the Pinwheel Galaxy

This image shows the Pinwheel Galaxy, also known as M101, as viewed by ESA’s Herschel observatory. Lying more than 20 million light-years from us, this spiral galaxy is similar in shape to our Milky Way, but it is almost twice as large.

Herschel's observations at far-infrared and submillimetre wavelengths reveal the glow of cosmic dust, which is a minor but crucial ingredient in the interstellar material in the galaxy’s spiral arms. This mixture of gas and dust provides the raw material to produce the galaxy’s future generations of stars.

The Pinwheel Galaxy is in the constellation Ursa Major, the Big Dipper. Thanks to its orientation, we can enjoy a face-on view of the beautiful spiral structure of the galaxy’s disc.

The spiral arms are dotted with several bright, blue-hued spots of light: these are regions where large numbers of massive stars are being born.