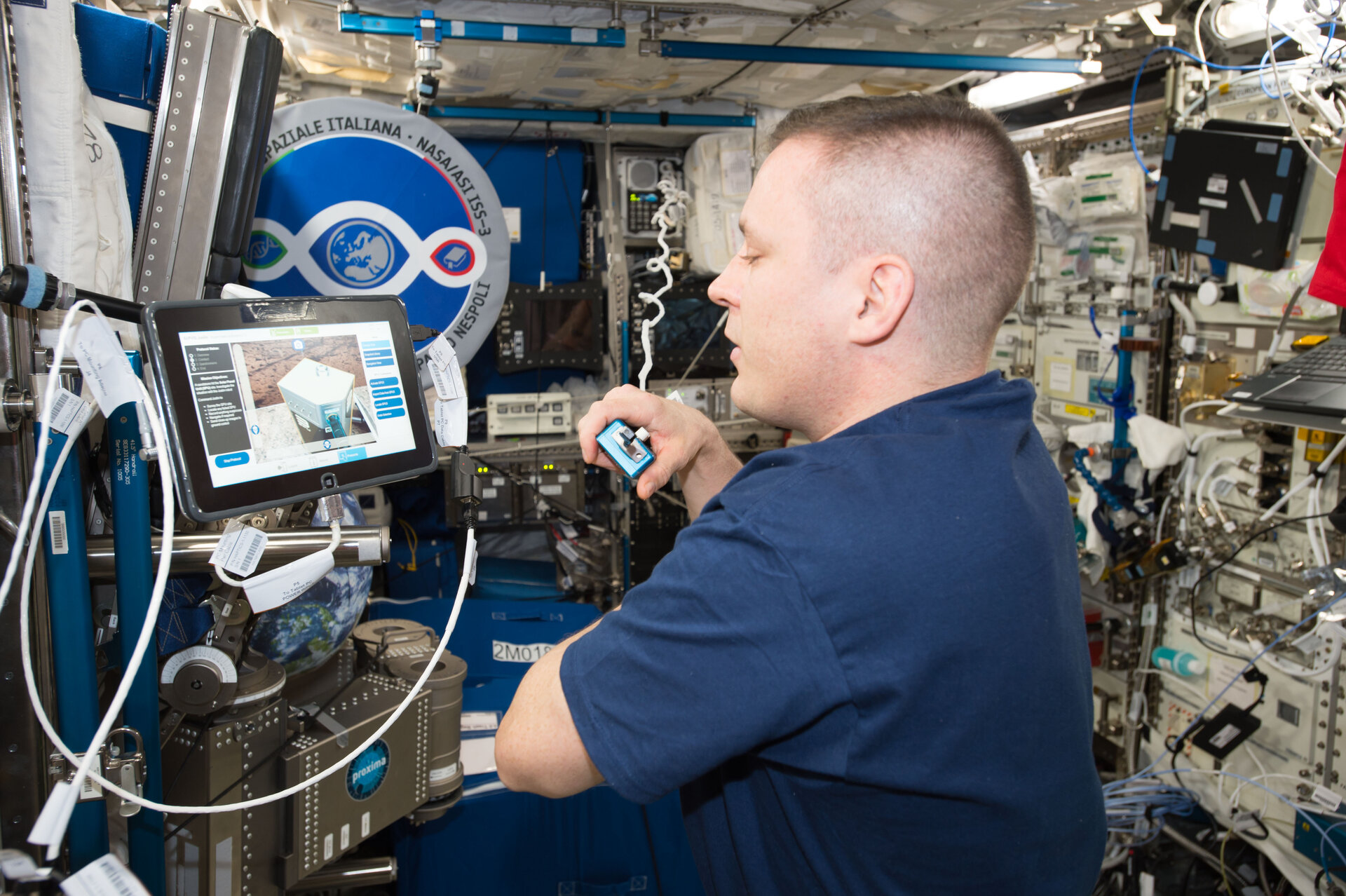 This experiment saw Justin, based in Oberpfaffenhofen, Germany, in a Mars scenario tasked with diagnosing solar panels. ESA astronaut Paolo Nespoli, flying at 28 800 km/h and 400 km above Earth, worked with Justin to inspect three solar panels and find a malfunction. He then instructed Justin to plug in a diagnostic tool read and upload the error logs. Two of Paolo’s crewmates floated by while running the experiment and wanted to give it a try. Paolo gave a quick on-the-spot training and NASA astronauts Randy Bresnik and Jack ran through the first scenario without any problems.

This experiment, dubbed ‘SUPVIS-Justin’, focused on Justin and the user interface used to interact with the robot.