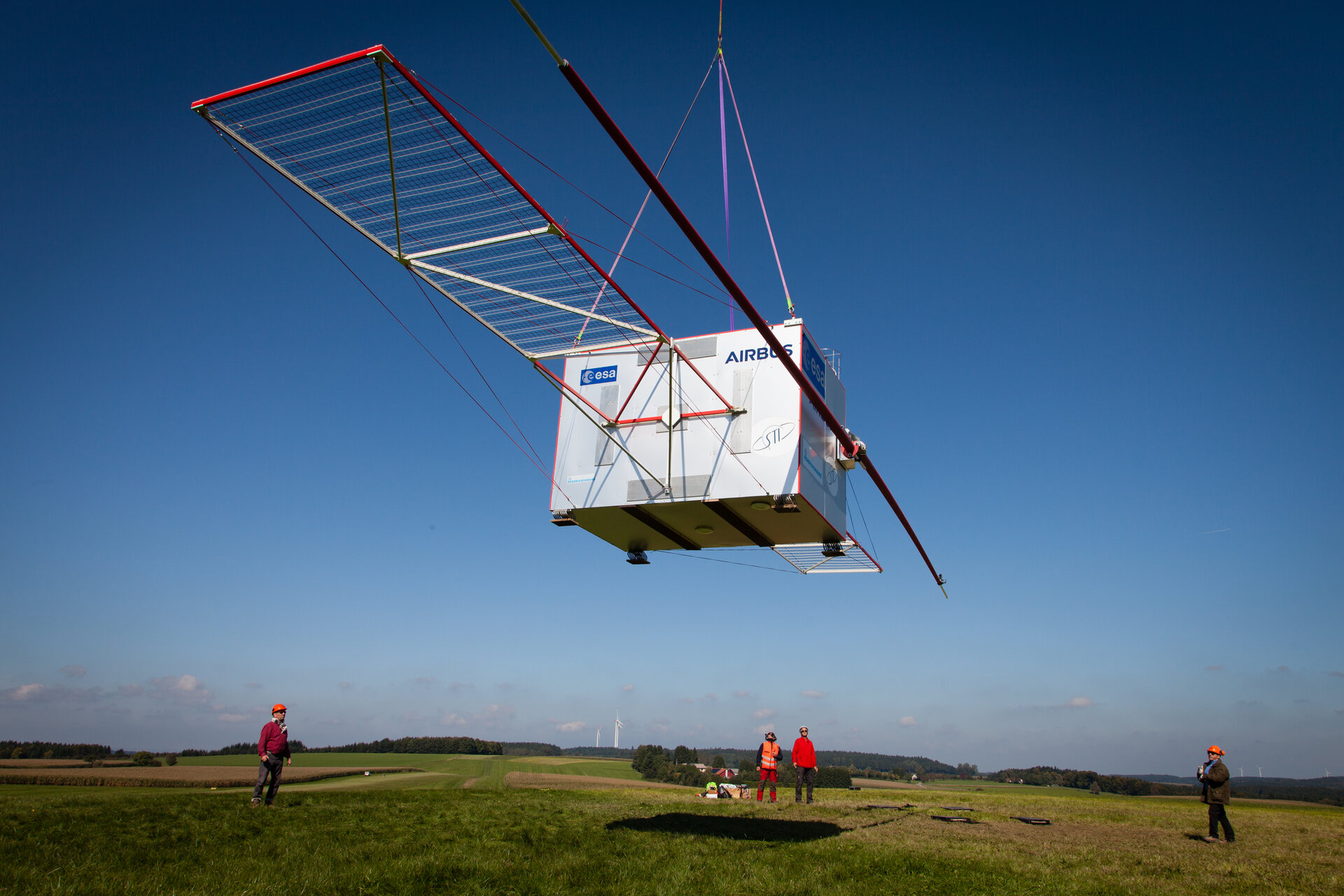 A 16 m-long radar boom that is part of ESA’s Jupiter Icy Moons Explorer was tested with the help of a helicopter close to Friedrichshafen, Germany, on 20–21 September 2017. The Radar for Icy Moons Exploration instrument will probe below the surface of Jupiter’s icy moons using ice-penetrating radar.

In order to measure key antenna characteristics, and to verify computer simulations, a test was carried out using a simplified mock-up of the spacecraft, simplified solar arrays and a representative antenna. The model spacecraft hung 150 m below the helicopter and flew trajectories between 50m and 320 m above the ground. The tests were performed with the antenna and solar array in horizontal and vertical orientation with respect to the spacecraft, to understand the interaction between the spacecraft components and the antenna, and to test the characteristics of the returned signals.