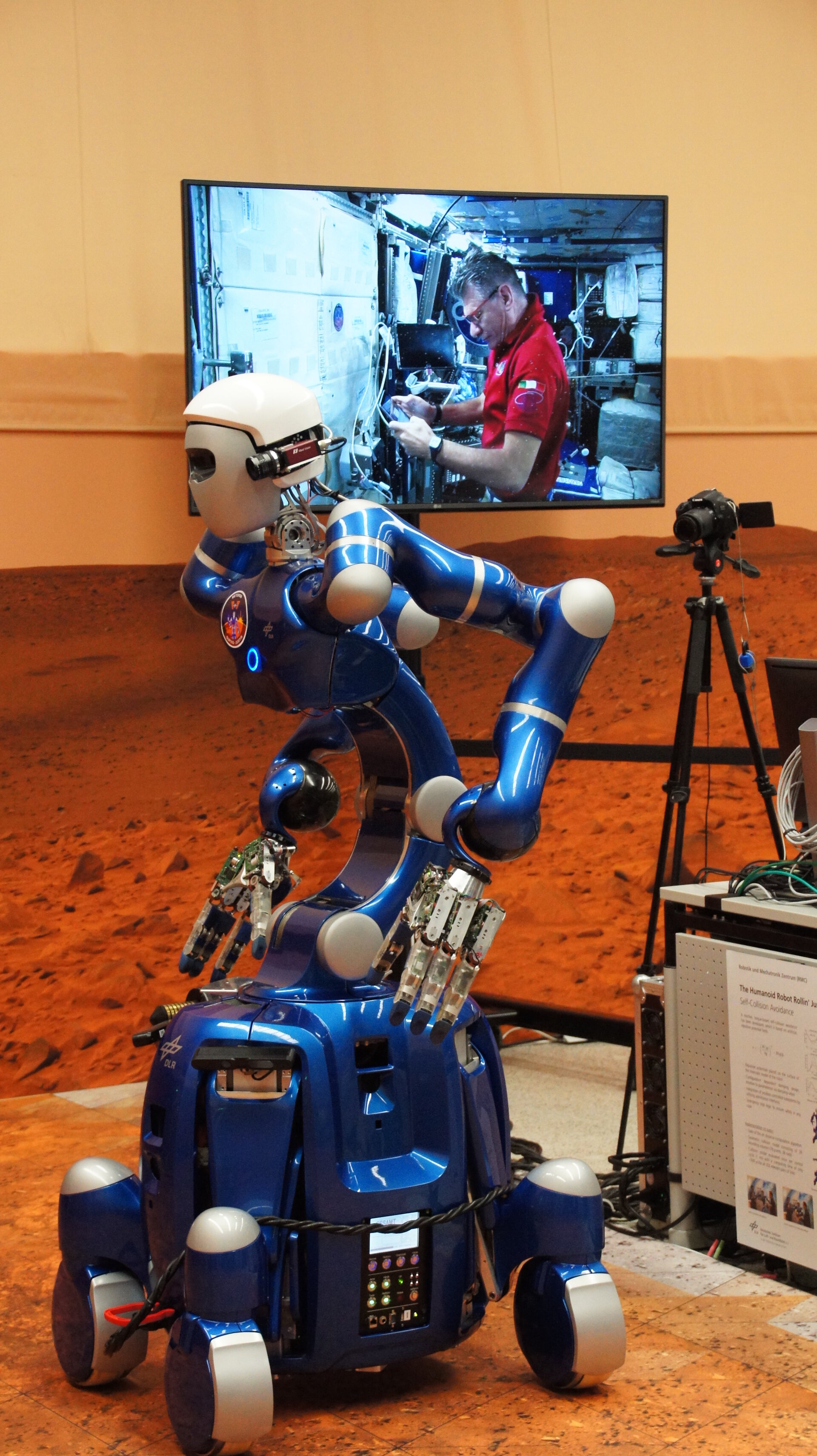 ESA astronaut Paolo Nespoli (right on screen) operated a rover in Germany from the International Space Station 28 August 2017. Part of ESA’s Meteron project, the experiment with a DLR German Aerospace Center “Justin” robot is about allowing astronauts to control robots from orbit.

This experiment saw Justin, in Oberpfaffenhofen, Germany, in a Mars scenario tasked with diagnosing solar panels. Paolo, flying at 28 800 km/h and 400 km above Earth, worked with Justin to inspect three solar panels and find a malfunction. He then instructed Justin to plug in a diagnostic tool read and upload the error logs.

This experiment, dubbed SUPVIS-Justin, focused on Justin and the user interface used to interact with the robot.