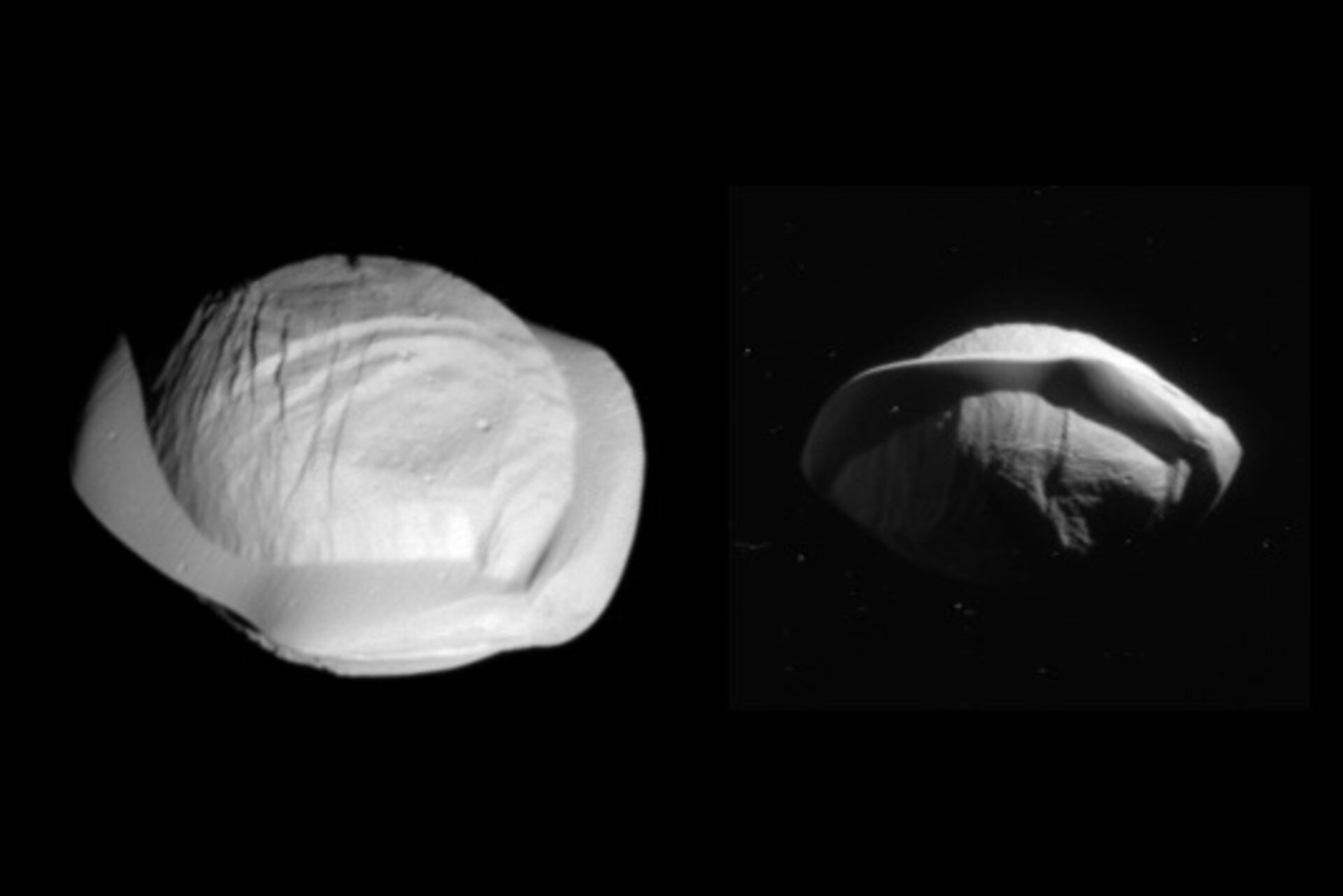 These two images from the international Cassini spacecraft show how the spacecraft's perspective changed as it passed within 24 600 km of Saturn's moon Pan on 7 March 2017. This was Cassini's closest-ever encounter with Pan, improving the level of detail seen on the little moon by a factor of eight over previous observations.

The views show the northern and southern hemispheres of Pan, at left and right, respectively. Both views look toward Pan's trailing side, which is the side opposite the moon's direction of motion as it orbits Saturn.

Cassini imaging scientists think that Pan formed within Saturn's rings, with ring material accreting onto it and forming the rounded shape of its central mass, when the outer part of the ring system was quite young and the ring system was vertically thicker. Thus, Pan probably has a core of icy material that is denser than the softer mantle around it.

The distinctive, thin ridge around Pan's equator is thought to have come after the moon formed and had cleared the gap in the rings in which it resides today. At that point the ring was as thin as it is today, yet there was still ring material accreting onto Pan. However, at the tail end of the process, that material was raining down on the moon solely in (or close to) its equatorial region. Thus, the infalling material formed a tall, narrow ridge of material. On a larger, more massive body, this ridge would not be so tall (relative to the body) because gravity would cause it to flatten out. But Pan's gravity is so feeble that the ring material simply settles onto Pan and builds up. Other dynamical forces keep the ridge from growing indefinitely.

The Cassini mission is a cooperative project of NASA, ESA and the Italian Space Agency.