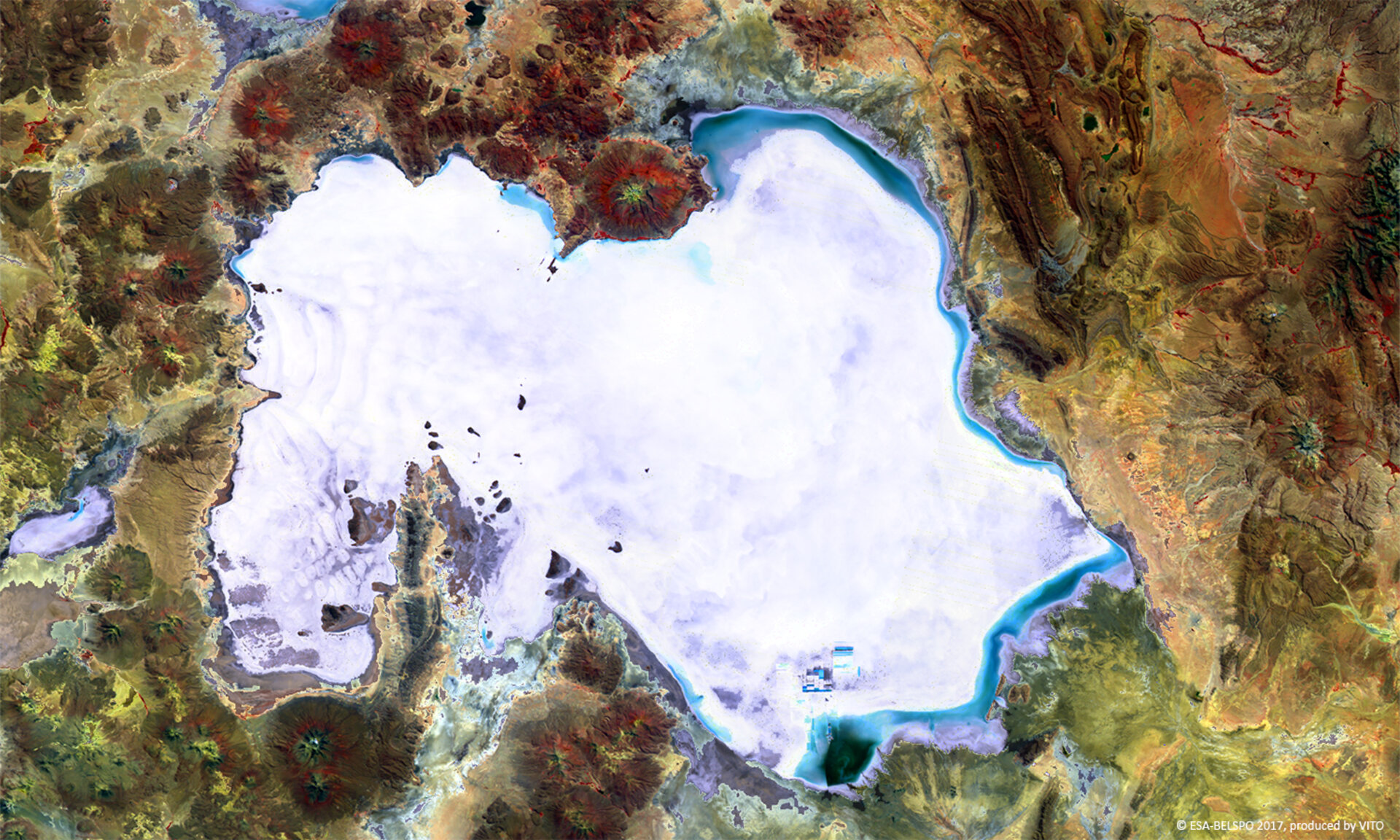 Located in the highlands of southwestern Bolivia at an altitude of 3650 m, Salar de Uyuni is also extremely flat, varying less than 1 m across its expanse. It is so flat that it is often used to calibrate laser and radar altimeters on satellites.

The salt plains were formed 42 000–30 000 years ago as a result of transformations between several prehistoric lakes. The crusty top layer, several metres thick in places, lies on a brine rich in lithium (containing 50–70% of the world’s reserves), potassium and magnesium.

The false-colour Proba-V image was acquired on 5 April 2017. On the western side of the Salar de Uyuni, some wavy patterns are visible, while blue shades on the northern and eastern edges indicate flooded areas. The small rectangular patches to the south of the salt flat indicate a large lithium mining area.