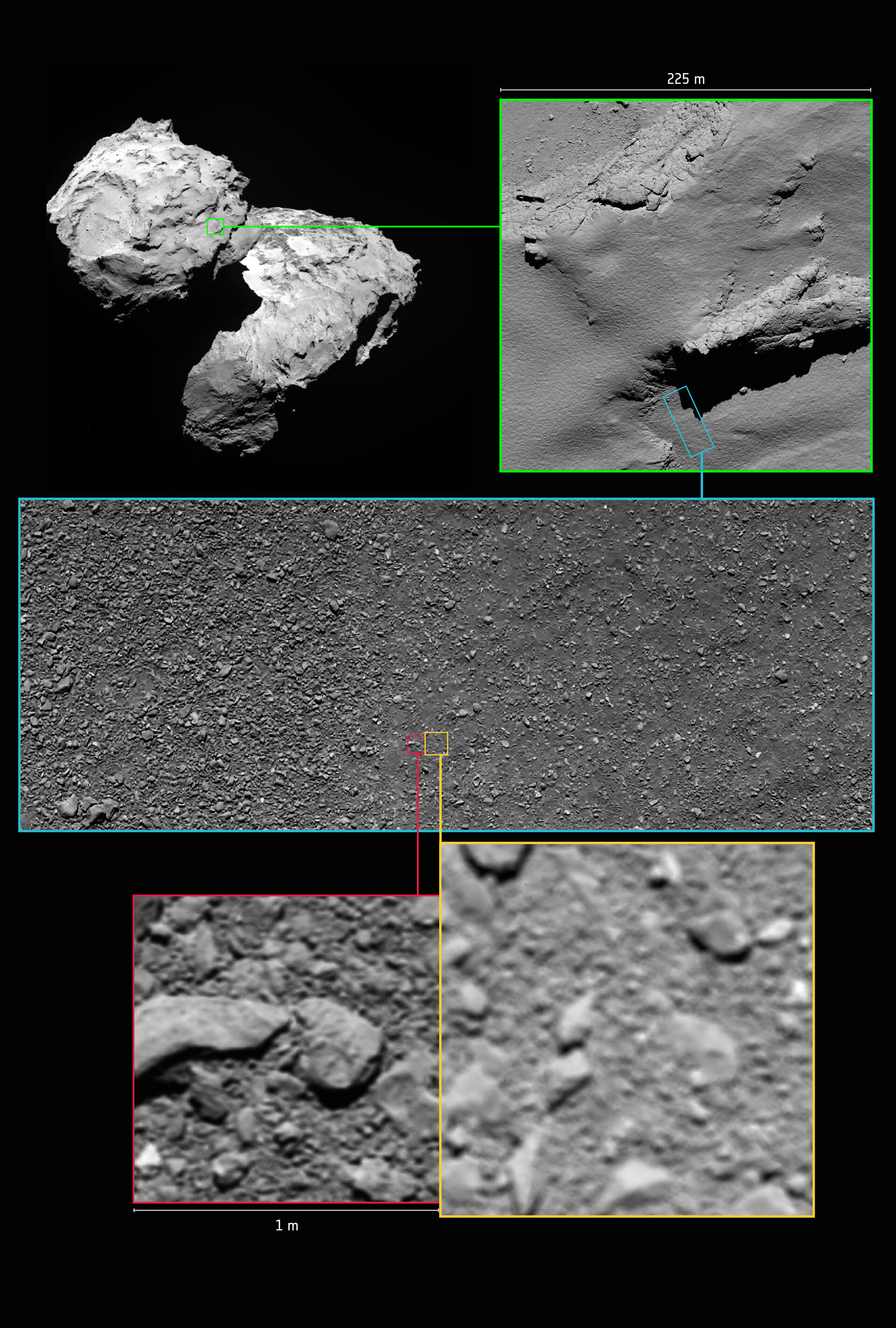 Annotated image indicating the approximate locations of some of Rosetta’s final images. Note that due to differences in timing and viewing geometry between consecutive images in this graphic, the illumination and shadows vary.

Top left: a global view of Comet 67P/Churyumov–Gerasimenko shows the area in which Rosetta touched down in the Ma’at region on the smaller of the two comet lobes. This image  was taken by the OSIRIS narrow-angle camera on 5 August 2014 from a distance of 123 km.

Top right: an image taken by the OSIRIS narrow-angle camera from an altitude of 5.7 km, during Rosetta’s descent on 30 September 2016. The image scale is about 11 cm/pixel and the image measures about 225 m across. The final touchdown point, named Sais, is seen in the bottom right of the image and is located within a shallow, ancient pit. Exposed, dust-free terrain is seen in the pit walls and cliff edges. Note the image is rotated 180º with respect to the global context image at top left.

Middle: an OSIRIS wide-angle camera image taken from an altitude of about 331 m during Rosetta’s descent. The image scale is about 33 mm/pixel and the image measures about 55 m across. The image shows a mix of coarse and fine-grained material.

Bottom right: the penultimate image, which was the last complete image taken and returned by Rosetta during its descent, from an altitude of 24.7±1.5 m.

Bottom left: the final image, reconstructed after Rosetta’s landing, was taken at an altitude of 19.5±1.5 m. The image has a scale of 2 mm/pixel and measures about 1 m across.