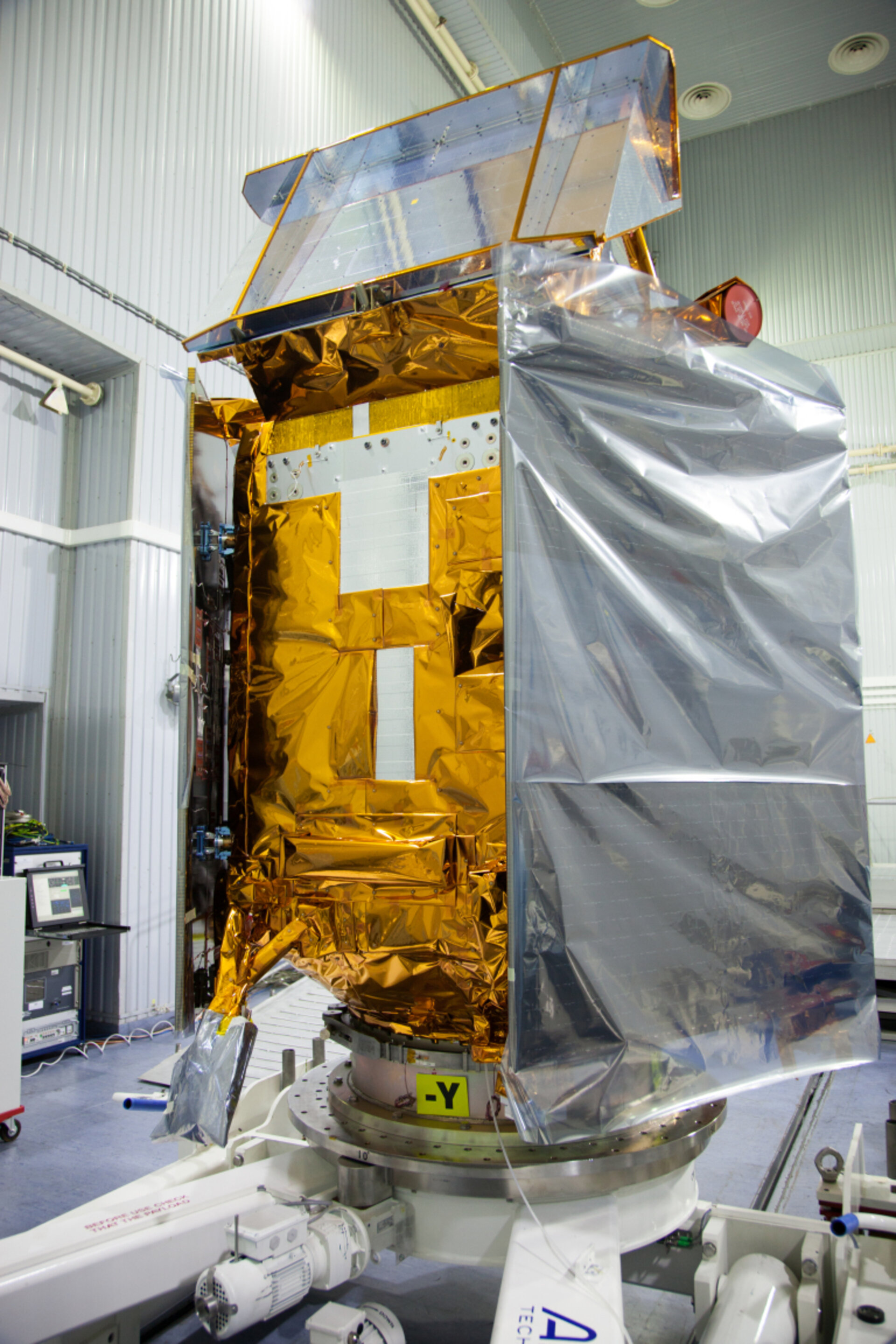 Sentinel-5P in position after transit to Plesetsk

On 5 September 2017, Sentinel-5P’s transport contain was opened following its transit to the Plesetsk launch site in Russia. Once the satellite had been carefully lifted out of the container it was turned to stand vertically and then moved to a cleanrom where it will remain until it is ready to join the upper stage of the Rockot launcher.