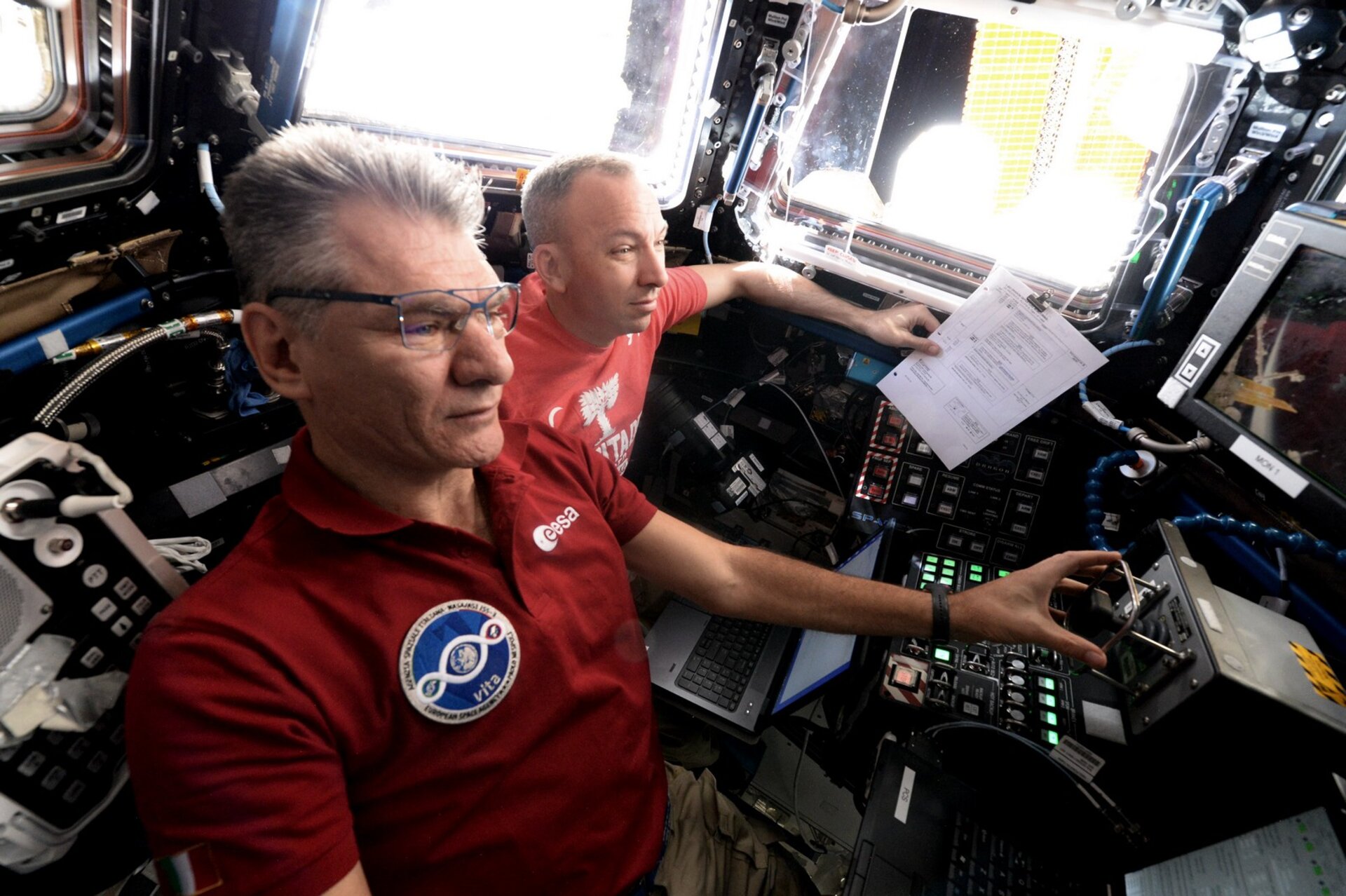 ESA astronaut Paolo Nespoli and NASA astronaut Randy Bresnik at the control of the International Space Station's 16-m robotic arm to unberth SpaceX's Dragon supply craft. Paolo commented on this picture, "Randy and I just released a Dragon! It is now heading back to Earth with lots of science experiments aboard."

Paolo’s third and last mission to the Space Station is named Vita, which means “life” in Italian, and reflects the experiments Paolo will run and the philosophical notion of living in outer space – one of the most inhospitable places for humans.

Connect with Paolo via: http://paolonespoli.esa.int