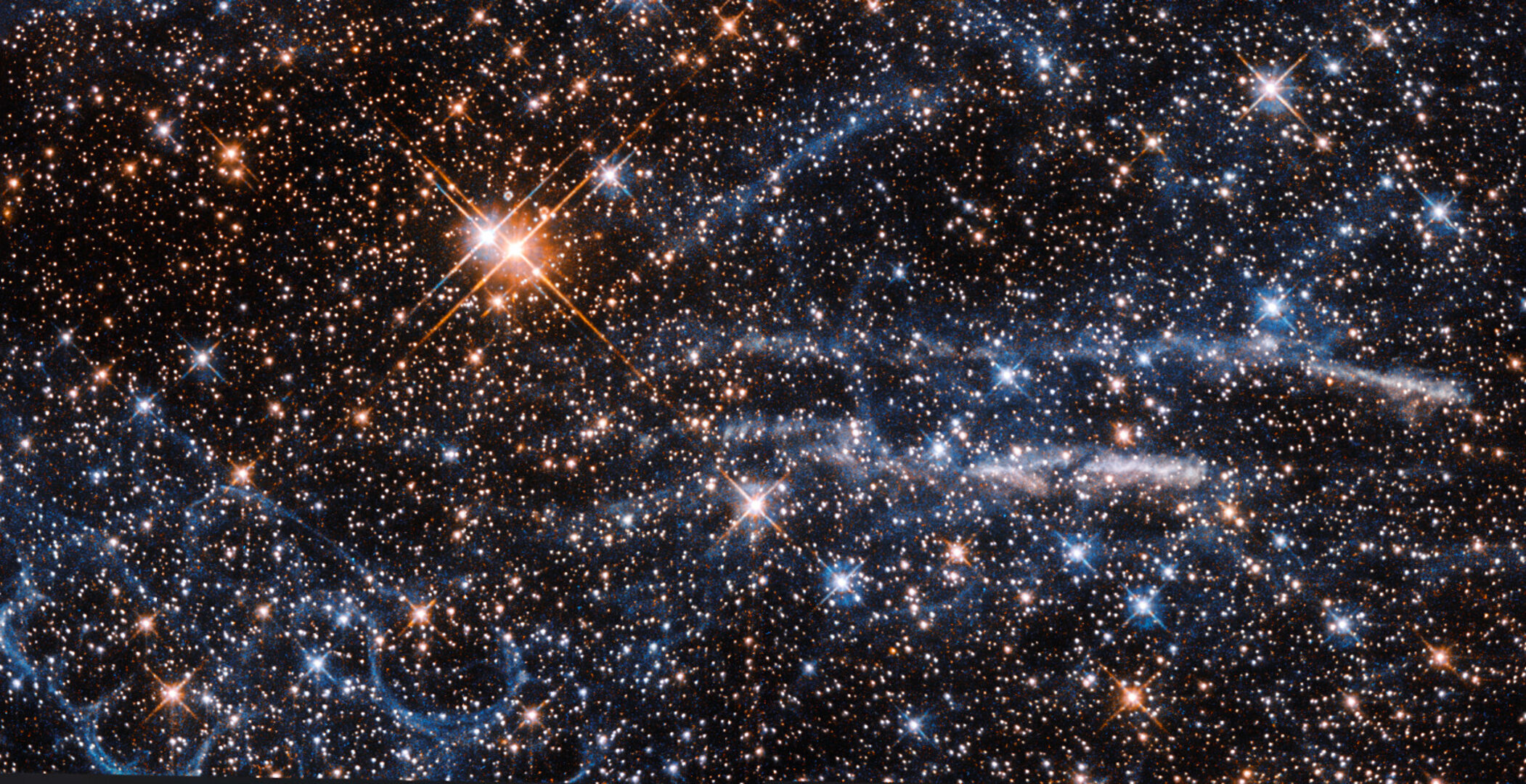 At a distance of just 160 000 light-years, the Large Magellanic Cloud (LMC) is one of the Milky Way’s closest companions. It is also home to one of the largest and most intense regions of active star formation known to exist anywhere in our galactic neighbourhood — the Tarantula Nebula. This NASA/ESA Hubble Space Telescope image shows both the spindly, spidery filaments of gas that inspired the region’s name, and the intriguing structure of stacked “bubbles” that forms the so-called Honeycomb Nebula (to the lower left).
The Honeycomb Nebula was found serendipitously by astronomers using ESO’s New Technology Telescope to image the nearby SN1987A, the closest observed supernova to Earth for over 400 years. The nebula’s strange bubble-like shape has baffled astronomers since its discovery in the early 1990s. Various theories have been proposed to explain its unique structure, some more exotic than others.
In 2010, a group of astronomers studied the nebula and, using advanced data analysis and computer modelling, came to the conclusion that its unique appearance is likely due to the combined effect of two supernovae — a more recent explosion has pierced the expanding shell of material created by an older explosion. The nebula’s especially striking appearance is suspected to be due to a fortuitous viewing angle; the honeycomb effect of the circular shells may not be visible from another viewpoint.