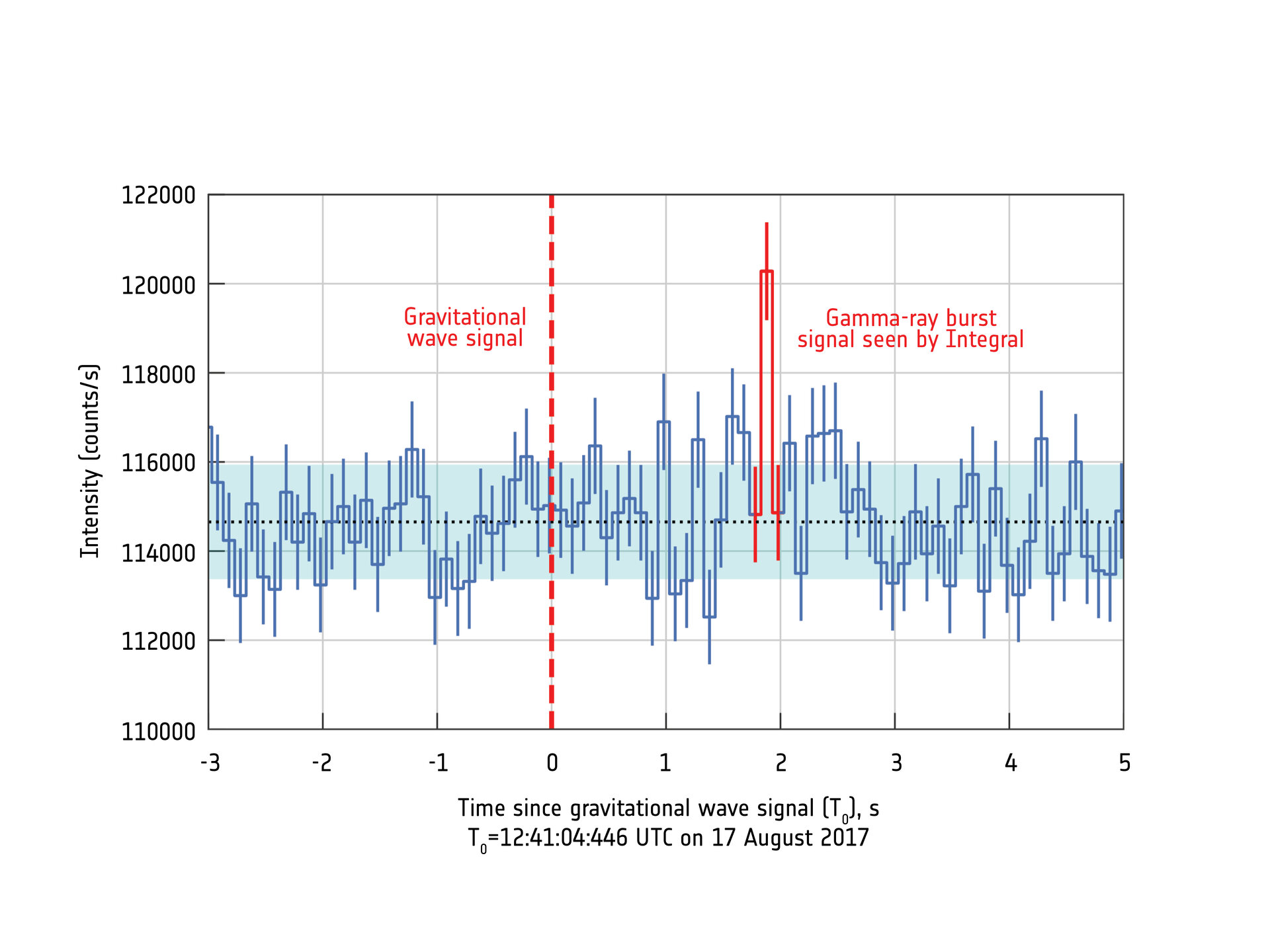 The intensity of gamma rays measured by ESA's Integral satellite on 17 August 2017.

Less than two seconds after the Laser Interferometer Gravitational-wave Observatory (LIGO) experiment was triggered by the passage of gravitational waves, marked as T0, the Anti-Coincidence Shield on Integral’s SPI spectrometer, recorded a burst of gamma rays for 0.1 sec. The flash was also detected for almost two seconds by NASA’s Fermi satellite.