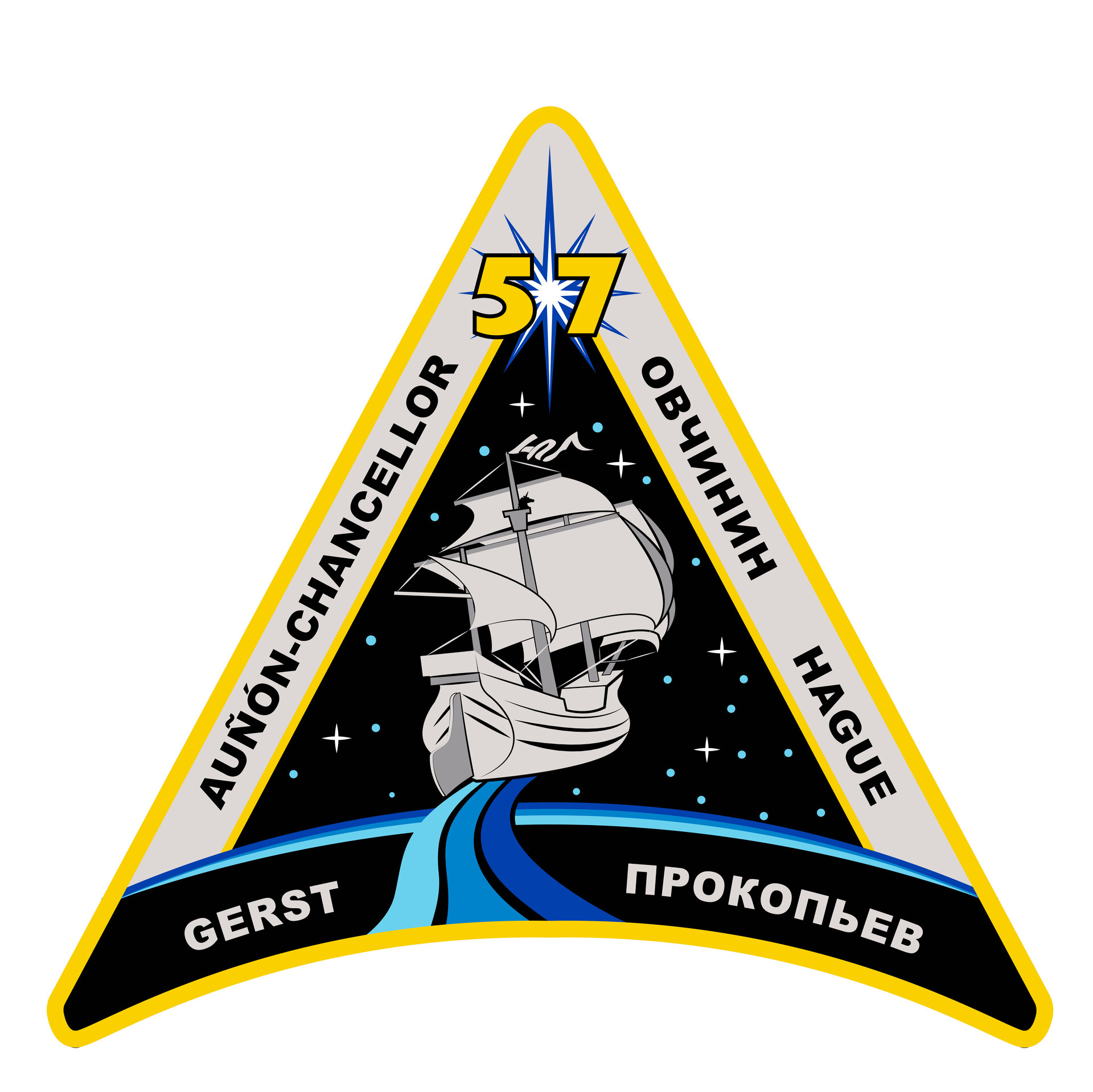 Expedition 57 is scheduled to begin with the undocking of Soyuz MS-08, with the new crew members, cosmonaut Alexei Ovchinin and NASA astronaut Nick Hague, arriving shortly thereafter on Soyuz MS-10. Expedition 57 will be commanded by ESA astronaut Alexander Gerst.

This patch depicts an explorer's ship leaving for the unknown as our early ancestors did, and is shaped like an arrow, heading out to new cosmic horizons. It highlights the purpose of the International Space Station as a world-class science laboratory for the benefit of mankind and international cooperation, as well as humankind's flagship in space, preparing us for the amazing voyages ahead. The Expedition 57 patch is dedicated to all those thousands of humans who make this journey possible through the contribution of their passion, hard work, and courage to one of the most fascinating projects in human history.

The patch was designed by NASA designer Sean Collins with art direction by Alexander Gerst.