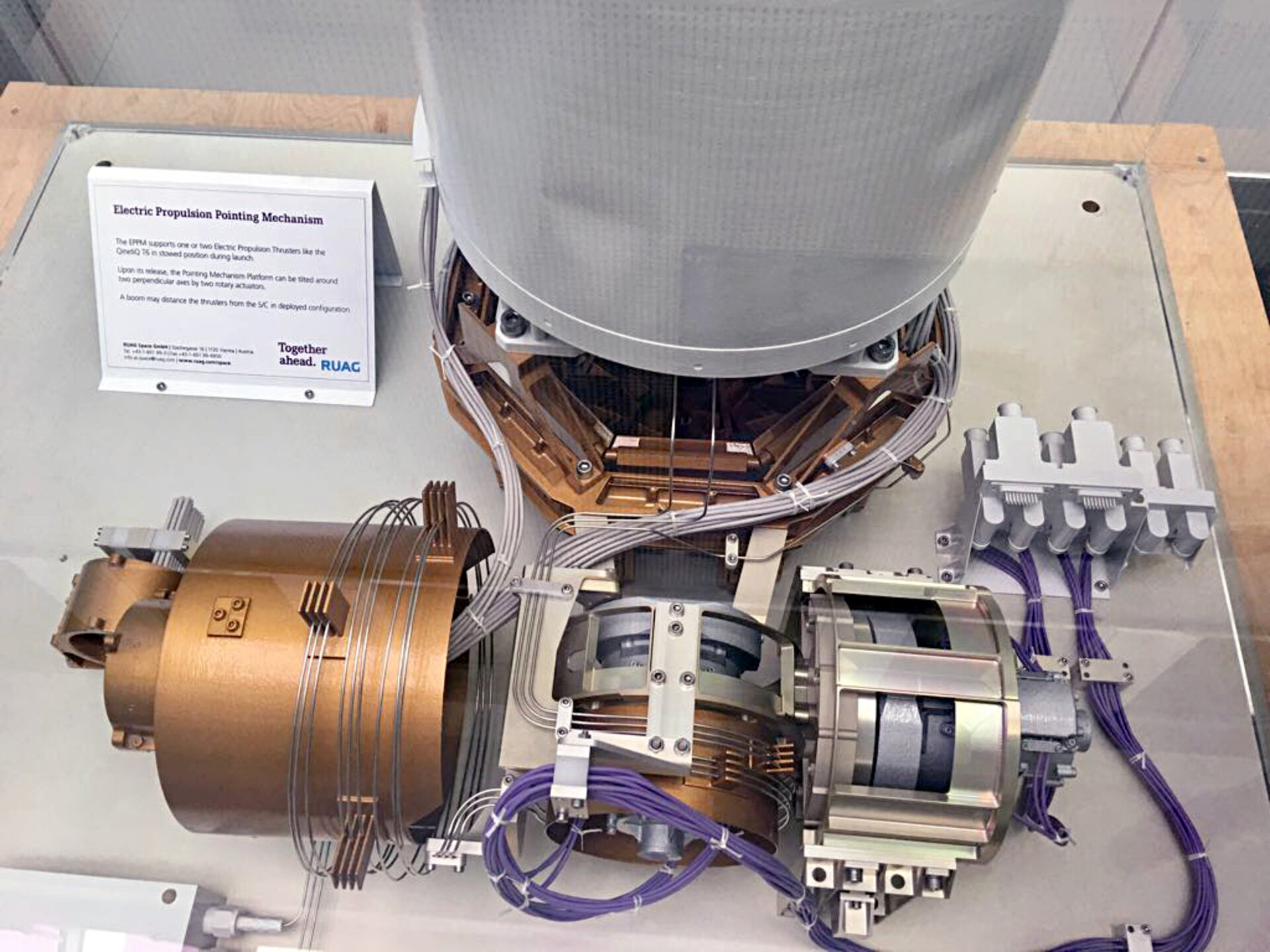 A prototype pointing mechanism for electric thrusters, on display at ESA’s technical centre in Noordwijk, the Netherlands.

The latest generation of ‘all electric’ satellites can efficiently use the low force generated by their thrusters to change or maintain orbital position in addition to managing their pointing direction, or attitude. This flexibility of function is achieved through the precise positioning delivered by the pointing mechanism.

It orients the electric thruster for attitude control or manoeuvres, during thruster firings that may last from a few hours to several months.

Initially, the mechanism secures the thruster in a compact stowed position for launch. Once in orbit, its locks are released. Checks are then performed to ensure full range of movement is reached and that drive electronics and integrated  sensors are functioning correctly, leaving it ready to support thruster operations over the mission lifetime.

Electric propulsion offers a variety of advantages for space missions. Developed through ESA’s research and development programmes, this pointing mechanism has contributed to the readiness of a new generation of fully electric satellites. It was also the precursor of the mechanisms on ESA’s BepiColombo mission to Mercury – see them in operation here.