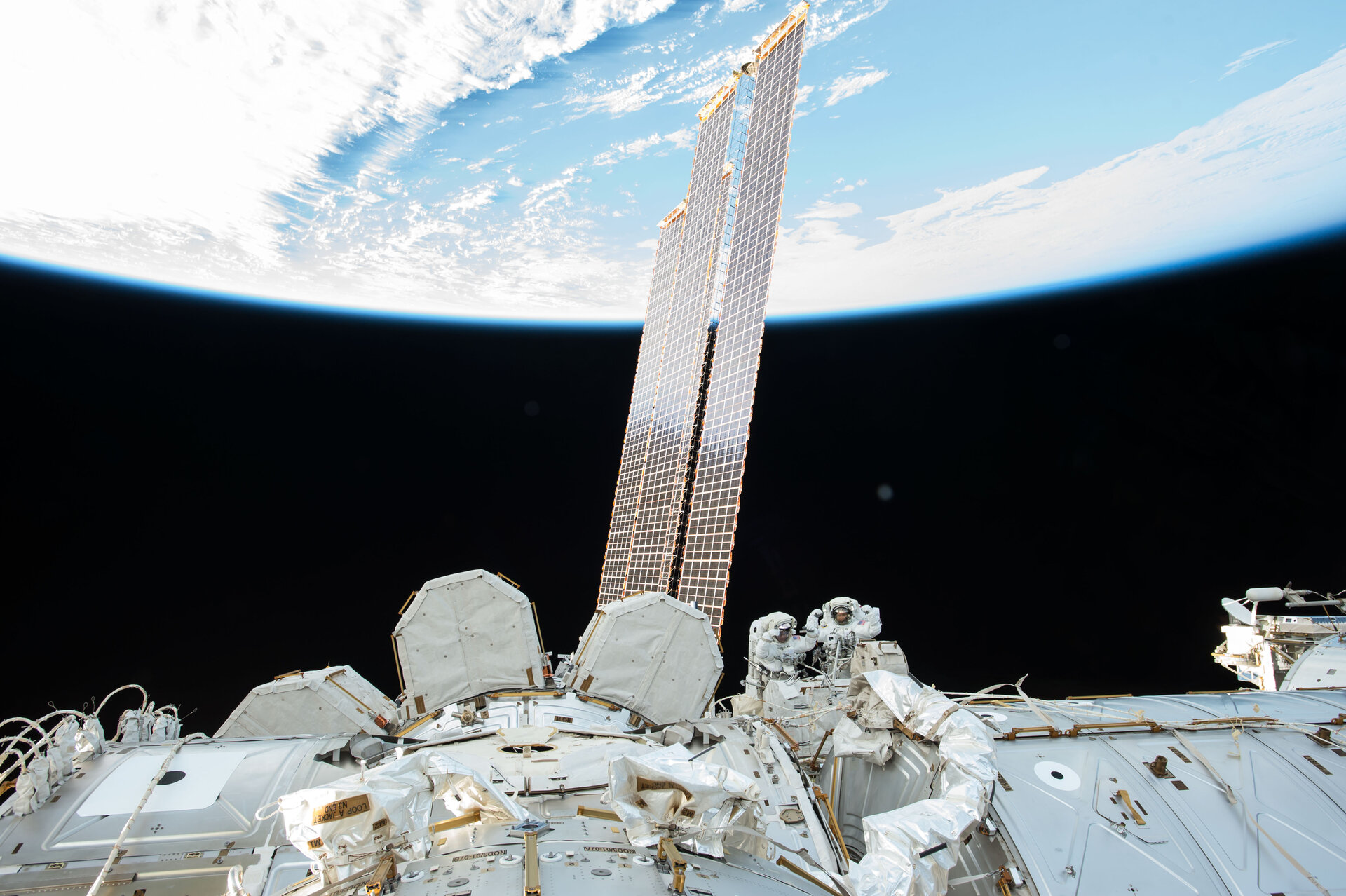 Round and round they go

During this excursion, the duo replaced part of the Station’s Canadarm2 robotic arm. The spacewalk took just under seven hours and saw the astronauts not only complete their main task but also accomplish some ‘get-ahead’ tasks.

Spacewalks are intensive for both crewmembers and ground support, so any opportunity to get ahead is welcomed.

This is the first of three spacewalks planned this month. Randy and Mark will venture out again on 10 October, followed by Randy and NASA astronaut Joe Acaba on 18 October.

The next spacewalks will again work on the robotic arm and replace some of the Station’s cameras.

Paolo will remain inside the Station and help the spacewalkers in and out of their suits. He will also be sure to take more stunning photographs.