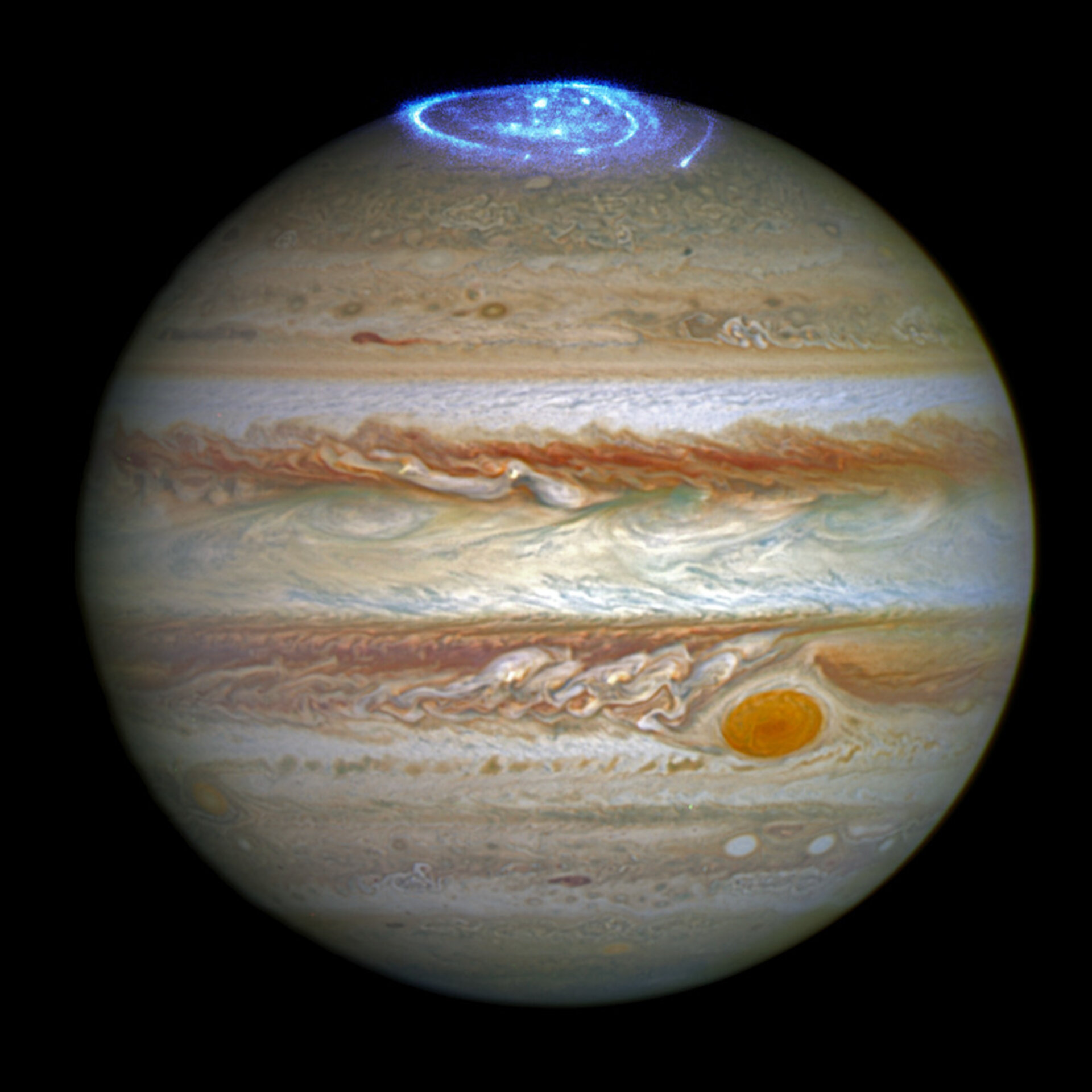 Jupiter experiences intense auroras that rage constantly, created as charged particles from the Sun and the Jovian moon Io stream towards the gas giant and interact with its atmosphere.

A new study has revealed that the planet’s northern and southern lights behave and pulse independently of one another—an unexpected finding given the behaviour of Earth’s auroras, which tend to mirror one another (when they brighten at the north pole, they generally brighten at the south pole too).

This image, from the NASA/ESA Hubble Space Telescope, shows such an aurora on Jupiter. It combines two separate sets of observations—one of the polar aurora itself, photographed in the ultraviolet in June 2016, and an optical view of the full disc of Jupiter, taken in April 2014.