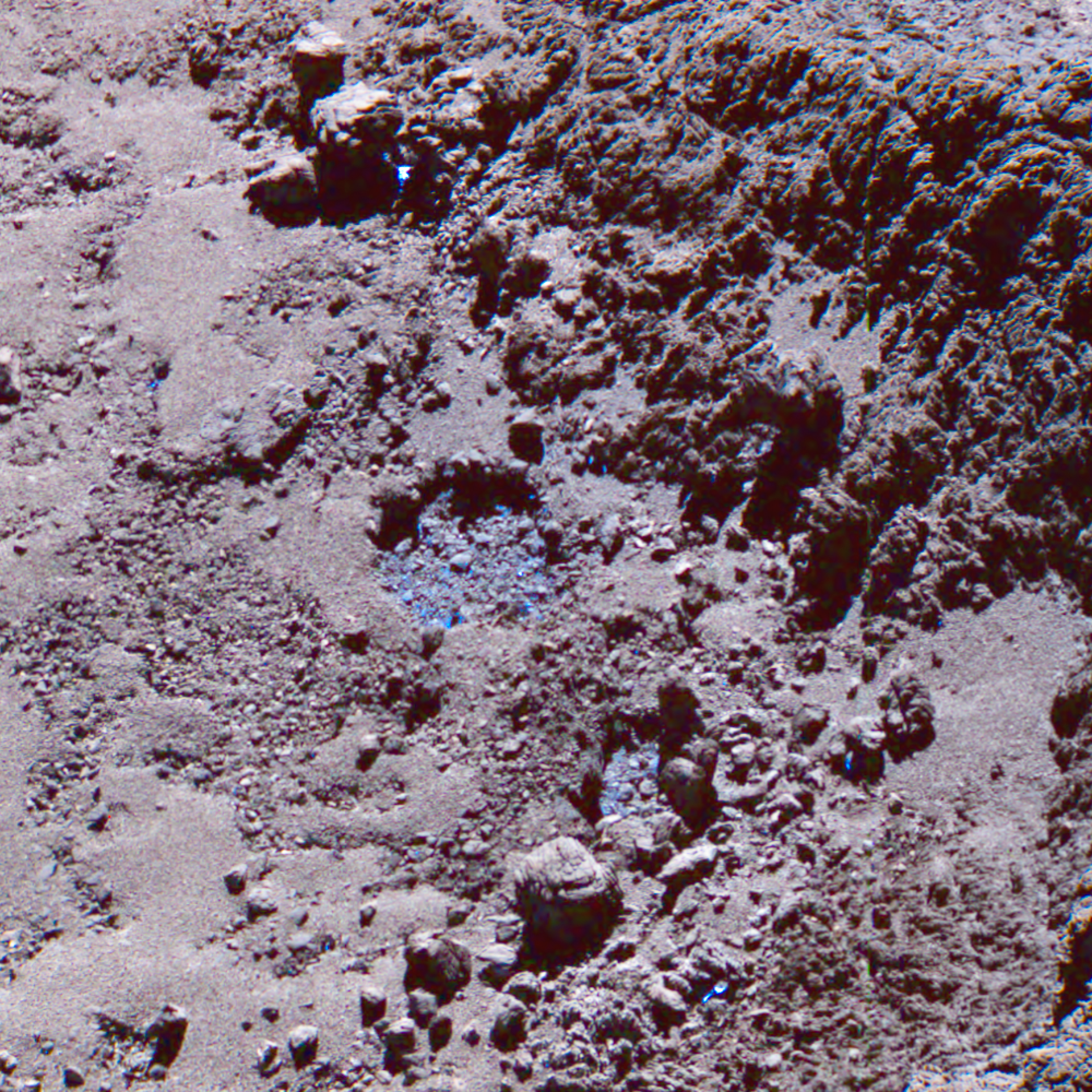 This image is a false-colour composite, where the pale blue patches highlight the presence and location of water-ice.

On 3 July 2016 a plume was spotted within the ice-filled depression close to the large boulder near the bottom of the frame. This plume was especially useful from a scientific perspective. As well as observing the site of the plume and the plume itself, Rosetta’s trajectory took it through the ejected material, allowing the spacecraft to collect valuable in situ measurements. Analysis of these data indicates that some as-yet-undetermined source of subsurface energy helped to power the plume.