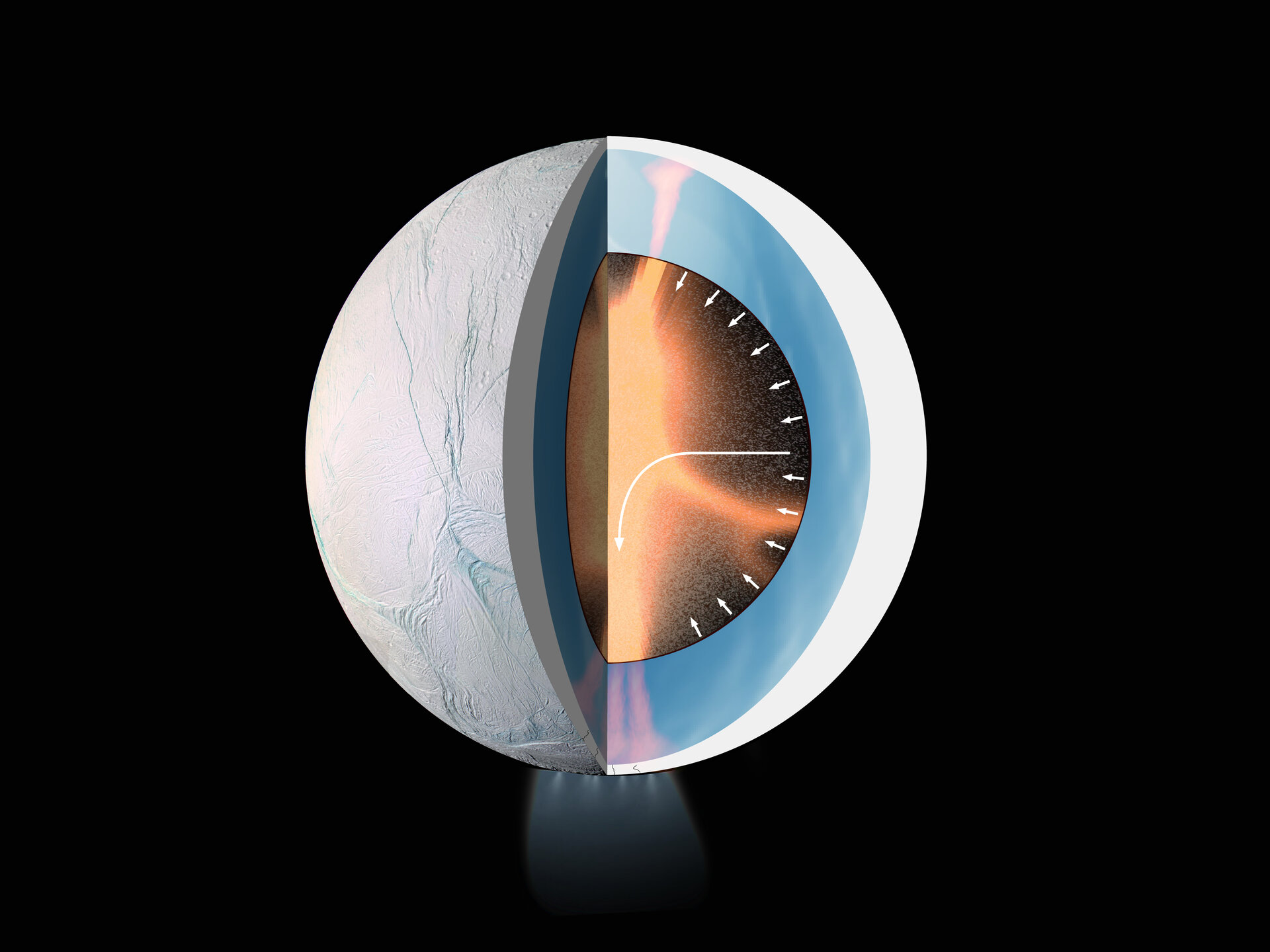 The interior of Saturn’s moon Enceladus. The graphic shows the icy crust, which is thinner in the polar regions, below which sits an ocean. A porous core is thought to dominate the interior, allowing the interaction with water.

Water reaching deep into the interior is warmed by contact with rock in the tidally heated interior and rises through buoyancy, leading to further interaction with the rocks. The heat deposited at the boundary between the seafloor and ocean powers hydrothermal vents. Heat and rocky particles are transported through the ocean, triggering localised melting in the icy shell above. This leads to the formation of fissures, from which jets of water vapour and the rocky particles from the seafloor are ejected into space.

In the graphic, the interior ‘slice’ is an excerpt from a new model that simulated this process. The orange glow represents the parts of the core where temperatures reach at least 90°C.

Tidal heating owing to the friction arising between particles in the porous core provides a key source of energy, but is not illustrated in this graphic. The tidal heating results primarily from the gravitational pull from Saturn.

An annotated version of this graphic is also available.