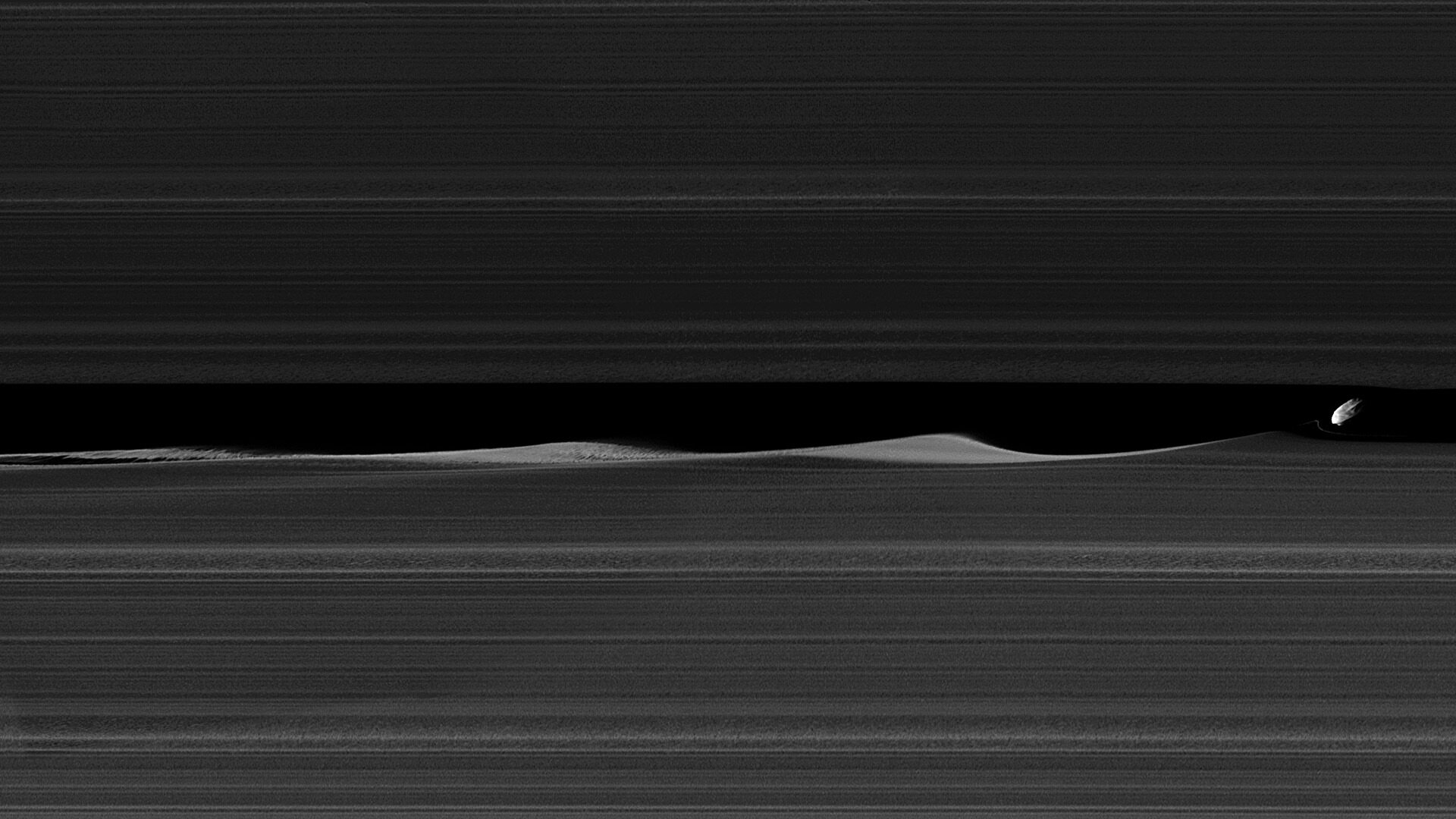 Daphnis, one of Saturn’s small ring-embedded moons, is seen here kicking up waves as it orbits within a gap between rows of icy ring particles.

The image was taken by the international Cassini mission, which recently concluded its incredible 13-year odyssey in the Saturn system.

Daphnis is just 8 km across, but its gravity is powerful enough to disrupt the tiny particles of the A-ring that mark the edge of a gap in the rings called the Keeler Gap. As the moon moves through the Keeler Gap, wave-like features are created in both the horizontal and vertical planes.

Three wave crests of diminishing size can be seen here in the wake of the moon’s passage. In each subsequent crest, the shape of the wave evolves as the ring particles within the crests collide with one another.

Zooming in towards the tiny moon reveals a faint, thin strand of ring material that almost appears to have been directly ripped out of the A-ring by Daphnis.

The images of this feature were taken in visible light, using Cassini’s narrow-angle camera at a distance of about 28 000 km from Daphnis. Image scale is 168 m/pixel.